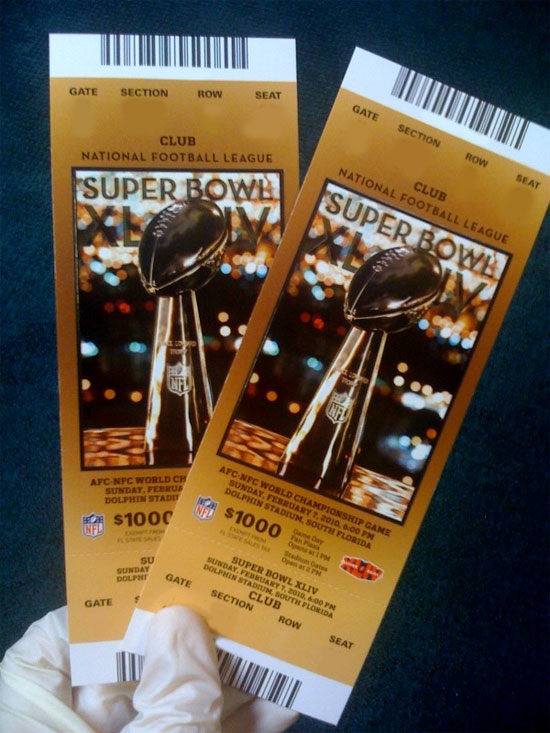 Ok, they’re not actually mine. But I did at least get to hold them for a few moments.

No, these (and other seats) are going to various folks who earned them, such as the winner of our 20th Anniversary promotion from last year, and our Ultimate Fan contest winner.

Upper Deck contest winners will be there, but which two teams will they be watching in The Big Game? We’ll find out this weekend.


Wow, I wish I was going to the Super Bowl! Nice!


I can’t wait, Thanks UD. Thanks for the Trip to the World Series, Stanley Cup and NBA Finals. Even though I lost my job before my dad won this promotion, I have had an amazing time at this once in a life time oppurtunity. I can’t wait to go to the Super Bowl, its just going to be amazing. Thanks for the awesome contest and the epic prize.