Thoughts on the NBA Finals, Celebrations, Kobe and M.J. 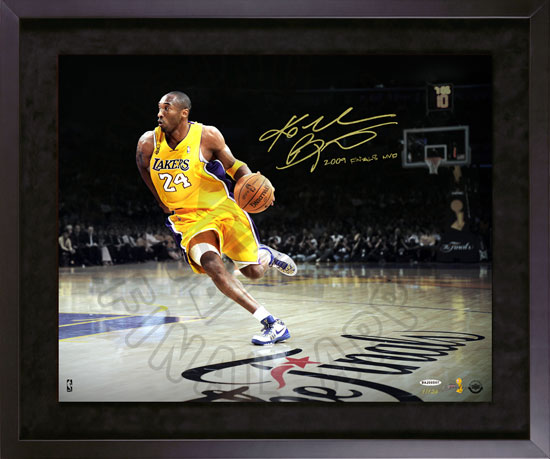 Congratulations are in order for the Los Angeles Lakers, who captured the 15th NBA championship in franchise history on Sunday, defeating the Orlando Magic 99-86 to secure the 2009 NBA Finals in five games.

Alright, wait, hold on. Before I continue, I have to find a quiet place to write this post. Man, let me tell you, Amazing Happens at NBA post-championship celebrations!

Okay, truthfully, I’m not reporting from a raucous post-game party at Amway Arena or at a Lakers’ victory parade. But the excitement for Kobe & Co. is palpable here at Upper Deck corporate offices as well.

People here feel a special connection to the performances of Kobe and the Lakers. Sure, we’re some 95 miles from Staples Center, and there’s a natural tendency to cheer because of the proximity. But when you have an exclusive partnership with the Lakers star and receive far-reaching creative license from his management group (not to mention encouragement and input from Kobe himself to explore new concepts and develop innovative products), you can’t help but feel like you’re part of Team Kobe. Case in point: The highly successful Shepard Fairey art series that was advertised in Hollywood last year: It kind of reminds me of when Michael Jordan and the Chicago Bulls were winning NBA titles in the 90s. I was in the early days of my employment here at Upper Deck and I remember we couldn’t hide our enthusiasm for M.J. and the Bulls’ abundant success. 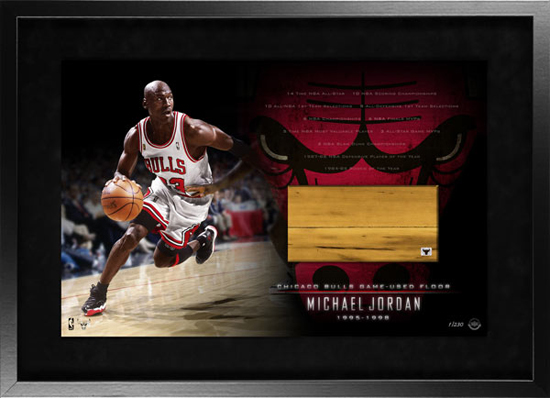 As many of you know, Michael was and still is an official company spokesperson. I can’t tell you all of the number of cool and fun M.J.-related projects that we’ve been a part of, and among other things, I feel privileged to have chosen dozens of his trading card photos dating all the way back to Upper Deck’s first basketball card release in 1991. When he won, we felt like we won, too.

Getting back to Kobe and the Lakers, we’re excited about getting some new memorabilia pieces ready for Lakers fans. Call it “Upper Deck Doin’ Work.” Kobe was at the top of his game and we want to make sure his memorable performances are reflected in our new productions. In fact, one of the items we’re confident fans will like is the shot shown above this post, a powerful image of Kobe currently being pre-sold at UpperDeckStore.com. The preliminary design is subject to change but I think you get a feel for where we’re going.

With that said, stay tuned for more Kobe collectibles from us. Now if you’ll excuse me, I need to put the “Pardon Our Confetti” sign out for any visitors to the building. Like I said, we tend to get a little excited at times.


Wow, it’s amazing how Upper Deck manages to produces these kinds of memorabilia/souvenirs a mere hours after the victory. Congratulations for the wonderful products.

Brag Photo of the Week: The Giant Sidney Crosby In Our Lobby | Upper Deck Blog


[…] weekend was a pretty exciting one for sports: the Lakers won the NBA Finals, and the Penguins took the Stanley Cup from the defending champion Detroit Red Wings in enemy […]