I have to admit it: as a Vikings fan, I’m very torn on my opinion of the latest Brett Favre saga that has been unfolding over the last month or so. My opinion swings back and forth depending on the day, my mood, the weather. I know that’s not necessarily a great foundation for an opinion piece, but I think Vikings fans should be — and in few cases, are — more conflicted on this than it seems they are.

On one hand, The Purple don’t necessarily have an obviously better alternative to the future Hall of Famer on their current roster. The Vikings drafted (and most certainly, reached) for Tarvaris Jackson in the second round in the 2006 draft, thinking he would be The Guy, and he hasn’t been. Then in February, they traded for journeyman backup Sage Rosenfels, who it is assumed (hoped?) will be the starter once the season begins — in a Favre-less Vikings world. My favorite description of Rosenfels at the time of that deal was that he was a “rich man’s Gus Frerotte,” referencing the backup QB who eventually took the starter’s job from Tarvaris after the young Alabama State product had two dreadful games to start last season. Frerotte led them back to some moderate respectability before eventually giving way in time for TJack to oversee a first-round playoff exit. “A rich man’s Gus Frerotte” is not an inspiring comparison. 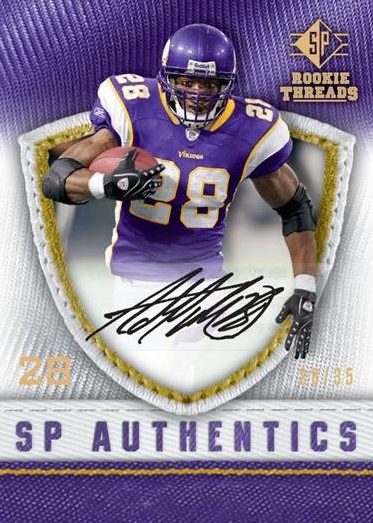 It’s pretty widely accepted that the main issue handicapping the Vikings — owners of the NFL’s best running back in Adrian Peterson, a stout offensive line and a rock-solid defense highlighted by arguably the best defensive line in football — is the lack of a bona fide starting NFL quarterback. That certainly makes Favre an appealing option.

On the other hand, there are all sorts of ways this thing could turn out badly for the Vikings if Favre ends up in the fold. And furthermore, it’s kind of degrading waiting on him to make up his mind, knowing that the main reason he’s interested in playing in Minnesota in the first place is revenge. He wants to stick it to the Packers, and playing for their cross-border rivals in Minnesota is simply the most effective vehicle to do so. It’s kind of like dating a girl you know is just going out with you to get back at an old boyfriend, but she’s hot (or at least she used to be, you remember, when he was dating her) so you just ignore her empty kisses and passionless company and enjoy it while it lasts. But inside, you feel dirty.

And this Princess is turning out to be pretty high-maintenance in the waning of her hotness (and if you turn the lights on, she’s really not all that attractive anymore anyway). Everything is going to be done when Princess is good and ready, if at all, and don’t expect her to come visit you for organized team activities (perhaps stretching the analogy a little bit there).

All the while, we don’t much like the old boyfriend either, so we’re more than willing to go along with the ruse, even though the old boyfriend dumped Princess because she was past her prime, and ultimately not worth waiting on every year to hear whether she was going to dump them first. Now the ex has a new flame, and there’s little question in my mind Aaron Rodgers is a better catch right now than Favre. 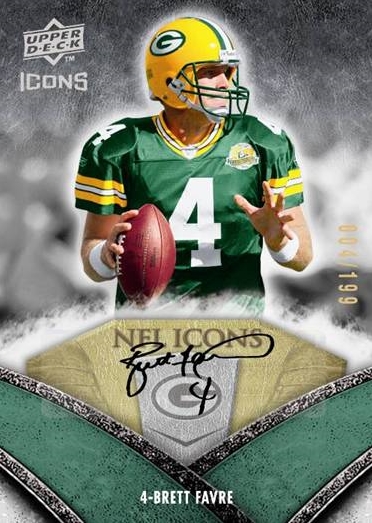 But none if this messiness changes the fact that the Packers are going to retire Favre’s No. 4 some day, and when they do their fans will all stand and applaud, the lovefest will resume, and with time the indignity of his playing for the Vikings will be forgotten — even if he were to win a championship in Minnesota.

And therein lies the main problem I have. The Vikings’ judgment is being clouded by their eternal yearning for that elusive championship. If you could guarantee the Purple would go to the Super Bowl and lose with Favre under center, a lot of Vikings fans would sign up just for that chance; but many Vikings fans older than I have been there, done that before. Once upon a time, nobody lost Super Bowls as effectively and as often as the Vikings, but now even those modest, empty successes (some might call them epic failures) are a distant memory (and nothing but a fuzzy rumor to someone my age). But if you make this move, it’s Super Bowl or bust. Because if it doesn’t work, suddenly you’re left with even fewer QB options on the other end of this experiment as you have now.

Vikings fans have long since given up on Tarvaris — some of them before he even took an NFL snap — but the organization says it hasn’t. Trading for Rosenfels and committing to a two-year contract for him isn’t exactly the biggest vote of confidence for TJack, but he really hasn’t done much to warrant one. If the Vikings weren’t convinced in March and April that these two guys were the answer though, why not go after Jay Cutler, a quarterback who at least has a future in the NFL, something that can’t really be said of Favre (or, many Vikes fans will argue, Jackson or Rosenfels)?

Under the Favre-in-purple scenario, in two years No. 4 will hopefully (mercifully) be retired, Jackson will have atrophied on the bench for two seasons he couldn’t afford to do so, and Rosenfels will be an unrestricted free agent. John David Booty, the former USC quarterback whom the Vikings drafted in 2008, likely would be looking for a job this fall as the fourth QB on the depth chart right now. The Vikings didn’t draft a quarterback in ’09, so what the team intends to do in a potential post-Favre era is unclear.

I would have less of a problem with the whole situation if Favre weren’t being so maddeningly selfish. If you want to play fine, go for it. But if Brett Favre truly didn’t know in February that he wanted to play football again in 2009, he was the only one. So he waited until May to have the operation on his shoulder, mathematically guaranteeing that he would be unable to participate in last month’s OTAs while he waits to see if his arm is healthy enough to play. Of course nobody, even Favre, is that indecisive. He just doesn’t want to put in the work before he’s good and ready. He thinks he’s good enough to just stroll into training camp, shake some hands, give a few sound bites and go out and be The Legend that John Madden and so many other media folk have been breathlessly telling him that he is for most of the past two decades.

So once again, he has put an entire organization (never mind a fan base) in limbo. Now Jackson and Rosenfels are working out and doing their due diligence to make sure they’re ready if called on, with the knowledge in the back of their minds that Favre could swoop in and render all their preparation meaningless at his own personal whim. It means that receivers will be busting their tails in workouts with a quarterback who may not be throwing the ball to them when it counts.

Make no mistake, if Favre’s shoulder is healthy, he will be quarterbacking the Minnesota Vikings this season. And Vikes fans will smile, bury their self esteem and welcome the aging beauty with open arms.