Vs. System 2PCG: Marvel Studios’ Loki – At the End of All Time

Time’s up for these Vs. System® 2PCG®: Marvel Studios’ Loki card previews as we approach the Nexus Event that’ll be its release. Both Loki and the TVA are following the events of the Sacred Timeline closely, but there’s only one who knows all that is, was, and will be.

Behold, He Who Remains… 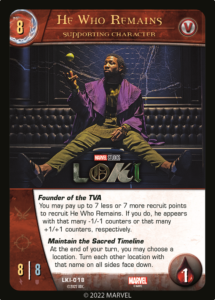 The unknown Founder of the TVA may seem affable, but the same can’t be said for what stands in the way of anyone trying to reach him. 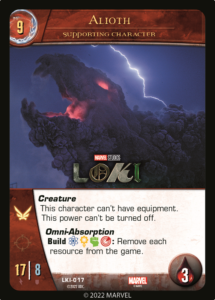 Some might see a devouring monstrosity, but the most ambitious of tricksters will know this as an opportunity to rise to Glorious Purpose! 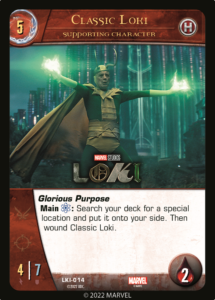 Though this is the end of this glimpse into the events that fractured the Multiverse, it’s also…only the beginning. 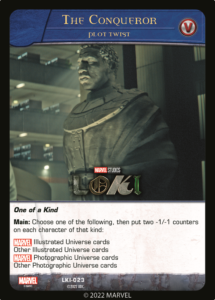 Vs. System® 2PCG®: Marvel Studios’ Loki will make its mark on this and all timelines when it releases on December 14th.