Welcome back for more secrets of Wakanda, coming to you from our upcoming Legendary: Black Panther expansion! Previously we learned how these Heroes are just as capable of Ambushing as any Villain, and how tribes vie for the Throne’s Favor. Now instead we see how these protectors and royals harness both nature and technology to become… 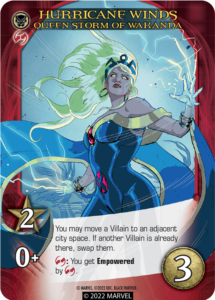 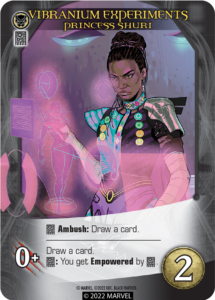 Introduced in Legendary: Ant-Man, Empowered allows our Heroes to harness energy in its many forms to better suit your needs and cards. For them, you might see “you get Empowered by

card in the HQ.” It’s not just Heroes that can be Empowered, though. Villains and Masterminds can also gain power the exact same way! 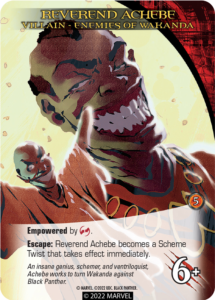 With respect to Empowered cards, when on your turn you choose to recruit and attack becomes extra important. Every time you recruit, you’ll be changing which Heroes are in the HQ, meaning the cards that are currently Empowered can change as well. Be sure to strike when it’s best for you, and recruit at the right moment to weaken Villains!

That sort of strategy is just one of the many talents you’ll encounter from the people of Wakanda. They’re known for utilizing strength, science, subtlety, and stealth all in equal measure. Because of that, there’s something unique about the Heroes in this expansion: 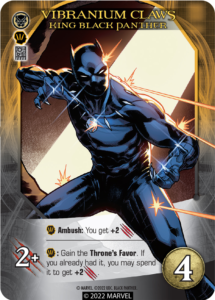 Look forward to more of his wide range of disciplines (and the skills of his comrades) when Legendary: Black Panther releases on August 3rd.