When George Wilson reached out to Upper Deck’s Customer Care team looking for help finding a box of trading cards for Marvel Studios’ Thor: The Dark World, the normal response would have been to just give him a list of the company’s Authorized Internet Retailers and let him see what he could find. His story was compelling to me because he wasn’t looking for a box just to open, he needed it for a project he was working on that kind of blew me away.

George is from Australia and he is a huge fan of the Marvel Cinematic Universe. What he does is frame the sealed box of Upper Deck cards with the DVD for the film and it looks pretty amazing. Check it out! 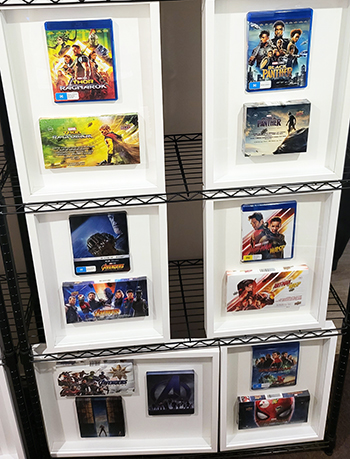 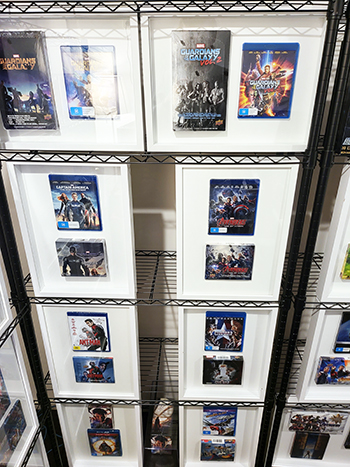 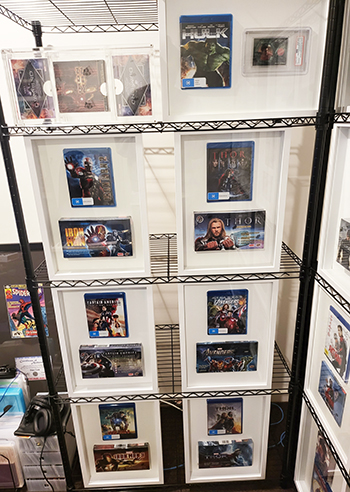 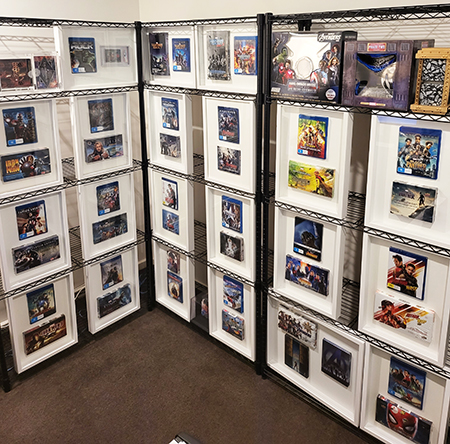 I spoke with Mr. Wilson about how his ‘Marvel Cinematic Universe Collection’ came about and where his inspiration came from. After three long years of searching for every box, George had an idea which came in part from a certain art teacher who also happens to be his mother.

“At the beginning I managed to get a good majority of the boxes straight off the bat, but there were a few that eluded me for ages. Marvel Studios’ Iron Man 2, Doctor Strange, and Captain America: The Winter Soldier and a few of the earlier ones were very difficult to get. Thor: The Dark World was virtually impossible to locate, until I had the idea to reach out to Upper Deck directly.”

I decided I had to help him out so we checked with some of our dealers and our own internal inventories, but came up empty. I was even looking on auction sites like eBay and reaching out to Marvel collectors I knew to try to help out. Again, nothing could be found. My boss was now excited about helping and he reached out to the company president who happens to be a pretty big fan of Marvel and wouldn’t you know it, he still had a sealed box in his personal collection. After hearing about George’s collection, he passed it to my boss who passed it to me and we were able to help my new friend George out.

“I was blown away that Nick was able to help me complete the collection. It wasn’t until I had a majority of the boxes that I came up with the idea of framing them with the respective Blu-rays. So the final collection is going to be one box and one DVD of the entire The Infinity Saga.” 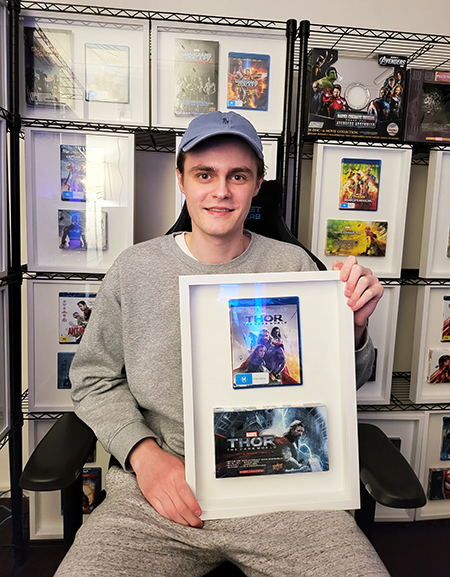 I must say, thanks to his Mom, we have the opportunity to celebrate such a unique collection. What is the best part? You can decide, but Mr. Wilson gave a biased opinion growing up in an artistic household.

“My favorite box is Iron Man 2, because the color really pops in the frame and it took me the longest to collect.”

As for the future, Upper Deck has many exciting releases for Marvel fans to enjoy later this year and into the next. George spoke about what he looks forward to as an avid member of the hobby and what he would say to someone just getting started.

“I am really excited for what comes next with Upper Deck and Marvel releases I’ve heard about. My advice is to just try and ignore what your cards may be worth and instead focus on what you love about collecting, because ultimately that’s where all the fun is.”

Thanks for sharing your collection with us George! We look forward to delivering amazing products in the future to you and the Marvel collectors around the world!

Upper Deck is a worldwide sports and entertainment company built on the pillars of quality craftsmanship, authenticity and innovation with a dedication to creating products that turn memorable moments into collectibles. Upper Deck maintains an award-winning portfolio of gaming, sports, entertainment products and collectibles.

Marvel Entertainment, LLC, a wholly-owned subsidiary of The Walt Disney Company, is one of the world’s most prominent character-based entertainment companies, built on a proven library of more than 8,000 characters featured in a variety of media over seventy-five years. Marvel utilizes its character franchises in entertainment, licensing and publishing. For more information visit marvel.com. © 2021 MARVEL