There are some amazing collectors and collections when it comes to our Overwatch League™ trading cards. As Community Coordinator for Upper Deck esports I thought it would be fun to start a “Collector Spotlight” series, and what better time to start than on Father’s Day?  Today we’re shining a light on Daniel Lee, an esports fan turned card collector, and also an amazing father. 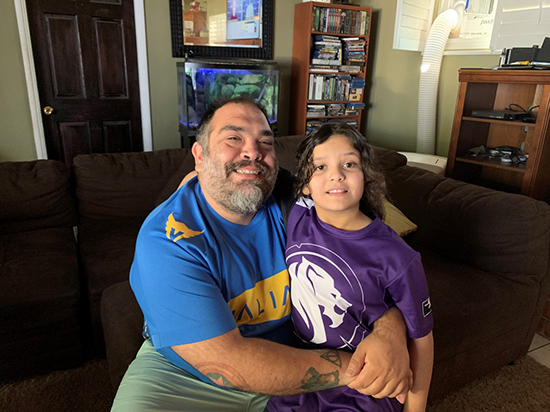 Daniel Lee and his daughter Abbey

Daniel has been a fan of the Overwatch League™ since the inaugural season. You may have seen him and his daughter at matches, or their amazing cosplay as Ashe and Bob from Overwatch. Daniel and Abbey started going to matches, being fans of the game and heroes. Both father and daughter started as fans of the Los Angeles Valiant, however Abbey started cheering for the Los Angeles Gladiators upon seeing that their main color was her favorite; purple.

“It was really cool seeing the league going all out,” Daniel said about seeing the initial advertisements for the Overwatch League™ Inaugural Season cards. What was even cooler was seeing the physical cards in-person at one of the live events Upper Deck was present at. Since then, he’s been buying cards on the Upper Deck E-Pack Store, as well as the Upper Deck Store for a couple boxes of physical cards. 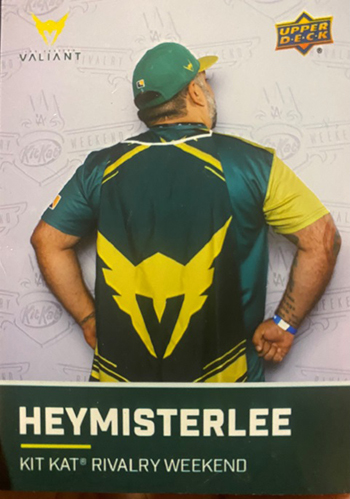 Since then, Daniel has streamed card unboxings, and shared some of his amazing pulls on Twitter. He has some amazing luck with his unboxings as well. While opening some of our 2020 Overwatch League™ Series 2 cards recently, he pulled a San Francisco Shock Trio Fragment card and a Guangzhou Charge Quad Ink card in the same box. The day prior, he pulled a Los Angeles Valiant Quad Ink card from a different box. I think we all wish we could have his luck when pulling cards! 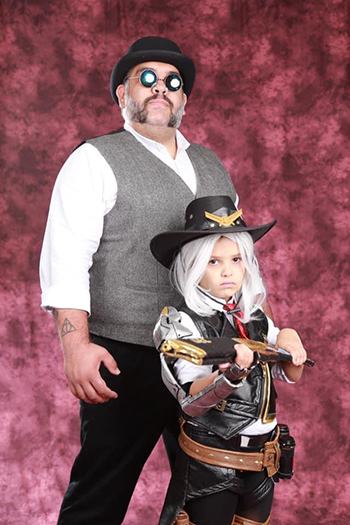 Daniel and Abbey as Ashe and Bob from Overwatch

Daniel says that the Los Angeles Valiant Quad Ink card would have to be his favorite if he had to pick one. It was also the first Quad Ink card that he’d seen. Aside from that card, he said there’s something really great about seeing multiple cards of the same team together. As the Los Angeles Valiant and Hangzhou Spark are his two favorite teams to collect, he has some great collections of those cards, and they do look quite amazing in a row. Daniel has also been able to get some of his favorite Los Angeles Valiant cards signed by the players at events, which definitely adds great personal value to them as well. For Abbey, she’s more partial to the cards that have her favorite heroes from the game on them, such as the Game Dated Moments from the 2020 Overwatch League™ season. 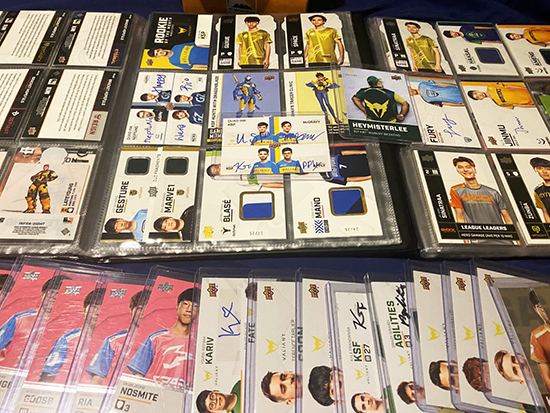 Part of Daniels collection, some of his favorite cards

When pulling cards, Daniel loves getting to see what all of the cards look like and, of course, the thrill of pulling rare cards. Daniel also enjoys Upper Deck e-Pack™ because thanks to the community, he has been able to make some great trades to get the cards he’s looking for.. He is also excited for the 2020 Overwatch League™ Series 2 cards to be available on the e-Pack store in the future, so he can see more of the cards. Daniel hopes to grow his collection with more Los Angeles Valiant, memorabilia, and autograph cards.

Upper Deck’s 2020 Overwatch League™ Series 2 cards are available in our Upper Deck Store now, and keep an eye on the blog for their release on E-Pack!