Welcome back everyone, and thanks for joining us for another installment of the previews for the Civil War Arc for Vs. System 2PCG!

Another reminder about our philosophy for this product: making The Civil War Battles “The Best Place in the Multiverse to Learn How to Play Vs. System 2PCG!” The entire product, from the iconic MARVEL characters and story, to the revamped rulebook, to the design and development of the cards, has all been created with this goal in mind! The cards are simple, but don’t worry, they’re still powerful, flavorful, and fun! So, if you’ve been curious about the game, this is the place to start!

Last time we looked at how each of the two new teams dealt with +1/+1 and -1/-1 counters. Today we’re going to look at the heart of this matter of Civil War: super powers!

As you know by now, the story revolves around Super Heroes registering their names and powers with the government. Iron Man’s side agrees that this is necessary, but Cap’s team vehemently disagrees. So, let’s look at some cards that have to do with super powers!

First let’s see the last of the plot twists in the Issue! 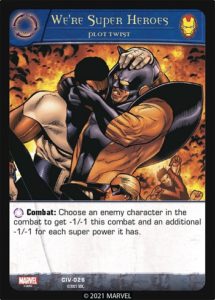 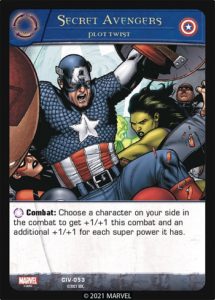 These aren’t the only cards on the lookout for super powers: 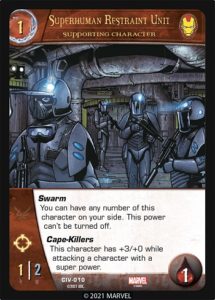 S.H.I.E.L.D. has created these specially trained and equipped squads to help the Pro-Registration cause. Note: They are happy to hunt down super heroes without capes as well.

Let’s take a look at some of the interesting super powers Iron Man’s side will be using in the conflict! 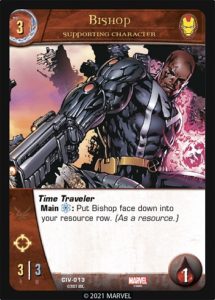 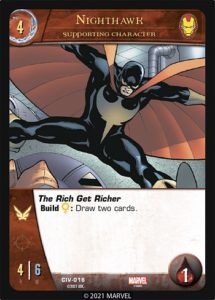 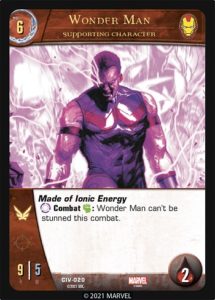 But the Anti-Registration movement isn’t without their own super powers, of course. 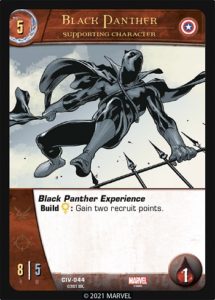 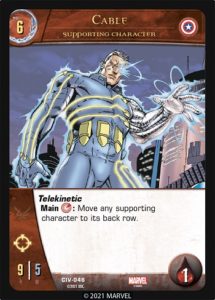 Well, there you have it – a non-definitive, non-exhaustive look at some of the super powers we haven’t seen yet in Civil War Battles.

We hope you enjoyed the cards and come back next time for our last preview as we try to unravel some threads about a single particular character!

The war begins now that Vs. System 2PCG: The Civil War Battles is available on Upper Deck Store!