Vs. System 2PCG: The X-Files Battles Card Preview – I Want to Believe

Hi everyone, welcome to the first day of previews for our upcoming Vs. System® 2PCG®: The X-Files Battles, a Giant-Sized Issue of 200 total cards!

Today we are going to show a little bit of everything in the Issue, as we explore one of the main themes of the design!

The 11 seasons and 218 episodes of the X-Files TV show cover a lot of paranormal ground. So much in fact that we split the Issue into three teams, as opposed to the usual two:

We felt that either lumping in the Monsters of the Week with the Syndicate or any other attempt to keep just two teams wasn’t in the spirit of the show. These three groups deserve their own teams.

Within these teams, there are a couple of themes we hoped would shine through in our design.

The first theme is “Searching” and is best represented by Mulder’s driving force – the search for his sister, who he claims was abducted by aliens when they were both kids. This is the fundamental motivation for the character and the theme we are going to look at today. 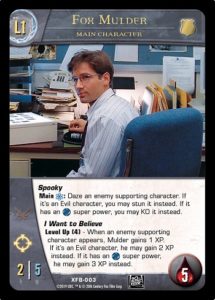 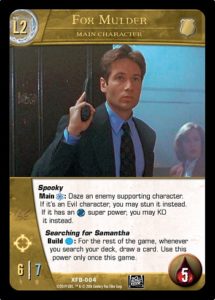 For Searching for Samantha, you resolve the search effect first, then draw a card afterward.

You might have noticed that Searching for Samantha uses the

basic Locations in this Issue and hence, that they are now available for future characters in the Photographic Universe? No, but more on that in a later article.

Mulder is curious and open to new ideas during his search, but he can’t always navigate these issues by himself. 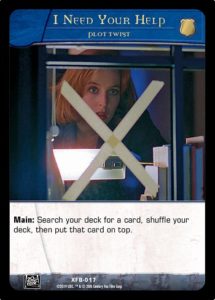 But are there really aliens? If so, what are their goals? These questions are the base of the show. The next cards should make the answers to both questions very clear. 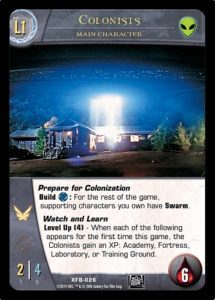 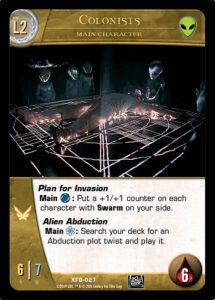 basic Locations in this Issue and hence, that they are now available for future characters in the Photographic Universe? No, but more on that in a later article

Remember that you can have any number of Swarm characters on your side with the same name and that Swarm can’t be turned off.

But what does the Abduction Plot Twist do? 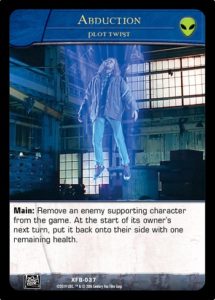 I guess the aliens are searching for mean things to do their enemies!

And the Colonists aren’t just obnoxious as a Main Character, their Supporting Character version is searching for awful things too. 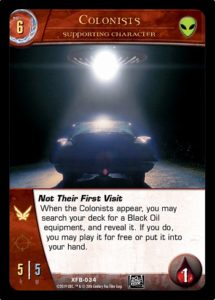 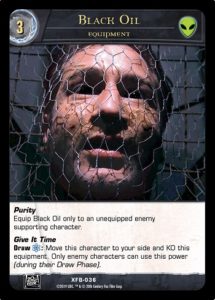 Let’s walk through how Black Oil works. You play this card on an enemy Supporting Character and then you wait. During one of your future Draw Phases, if the Black Oil is still equipped to an enemy character, a character on your side can pay an

. If they do, you move that character to your side. They won’t give you any more trouble.

That’s enough from the Bureau and the Syndicate – what about the Monsters of the Week? What do they search for? Something gross, I bet! 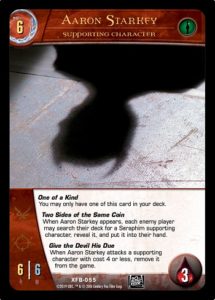 They let their enemies search?! I would say I didn’t see that coming, but I did.  Because I’m writing this. It’s all very meta.

Now what does this devil’s angelic counterpart do? 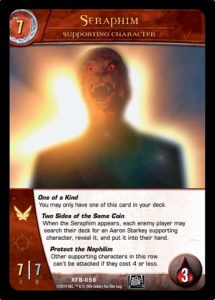 I see! Well, it’s very bright behind him, but I mostly see!

We hoped you enjoyed joining us on the first search for the themes of the Vs. System® 2PCG®: The X-Files Battles! Join us next time as we explore life…and death!