See Everything Upper Deck Has in Store for Collectors at the Fall Sport Card & Memorabilia Expo in Toronto from November 9-11, 2018! 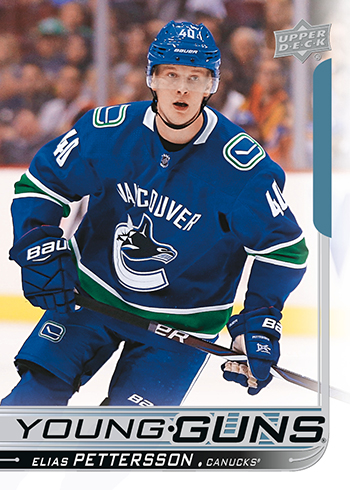 The International Centre in Missisauga, Ontario will be home to the Fall Sport Card & Memorabilia Expo from November 9-11. Upper Deck will make it an event worth being a part of!

Upper Deck Authenticated launched the Monumental product at the 2017 National Sports Collectors Convention and it stole the show! For the last two Sport Card & Memorabilia Expo events, UDA offered Monumental with an all hockey theme that have been wildly successful and have sold out each time. UDA is producing only 50 of these blind boxes with them allocated per day. Friday there will be 15 boxes available for sale on a first-come, first-serve basis, with 25 allocated for Saturday and 10 more allocated for Sunday. Each box contains three random Upper Deck Authenticated hockey signed collectibles and they are available for $700 Canadian plus tax. 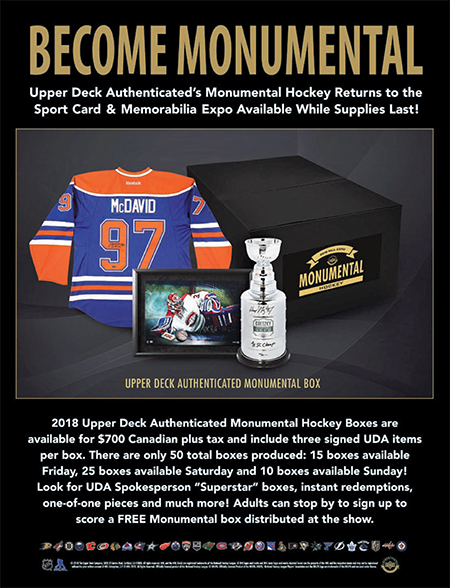 EVERY Upper Deck Certified Diamond Dealer in attendance at the 2018 Fall Expo will have the opportunity to carry Upper Deck Singles Day Winter packs starting on Saturday, November 10. Collectors making Upper Deck purchases from participating dealers at the show can score these packs and participate in an incredible Bounty program where they can score a set of parallel cards numbered to 99 or incredible autograph cards just for completing a 15-card set. 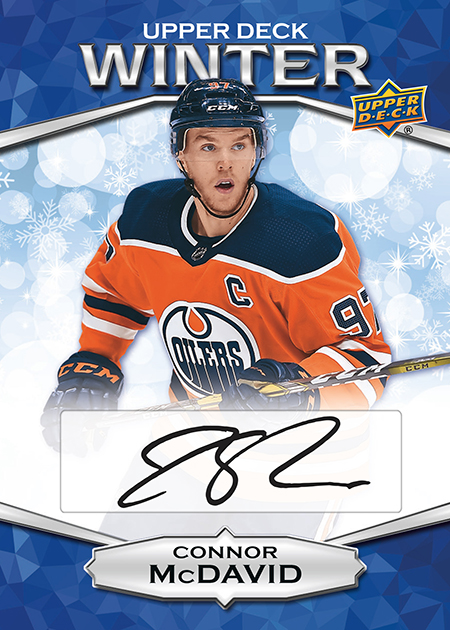 More than that, dealers participating in the Singles Day promotion will be able to help collectors complete sets of 2018 Goodwin Champions and 2018-19 NHL® O-Pee-Chee where they can also award them with four-color set boxes. 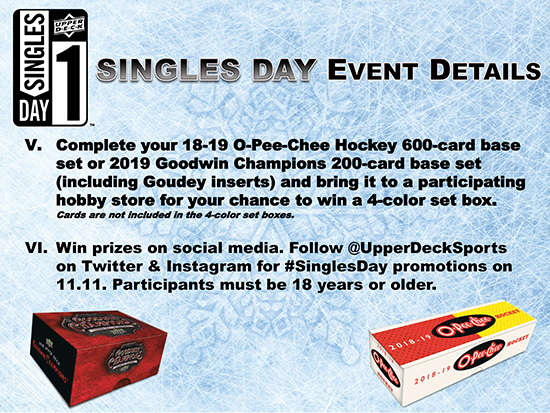 One of the elements of Singles Day that is getting the most attention in Canada are the Len “Kroppy” Kropioski cards that will be available with these kits that dealers will provide free to military veterans. This heroic and patriotic veteran of the Canadian Army veteran was a huge fan of the Winnipeg Jets and became a special part of the team as he would make a two-hour journey just to attend games. With all the media attention around this card, we anticipate this will be a big draw for fans attending the show, especially on Remembrance Day. 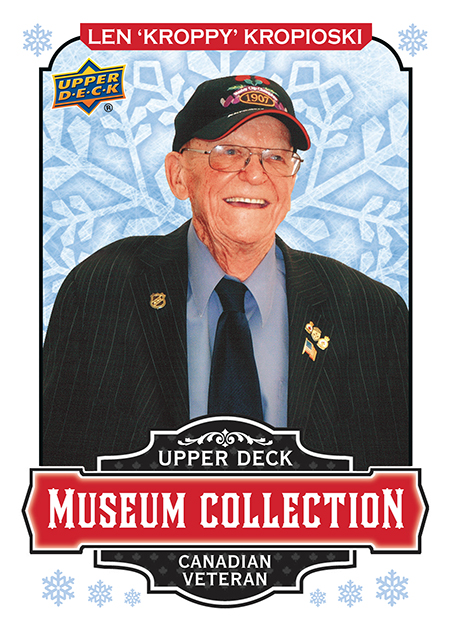 Dealers looking to purchase these kits can score them directly at the show from Grosnor and Universal Distribution.

Open one (1) sealed hobby box of 2018-19 NHL® Upper Deck Series One, 2018 Upper Deck Team Canada Juniors or 2018-19 NHL® Artifacts to receive one (1) FREE UD Fall Expo promotional pack. This promotion is limited to once per person, per day, while supplies last. Randomly inserted into each two-card UD Fall Expo promotional pack are the following types of cards: 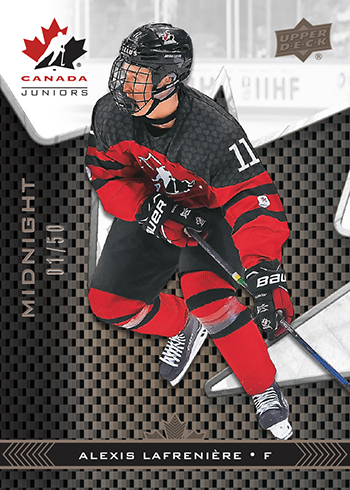 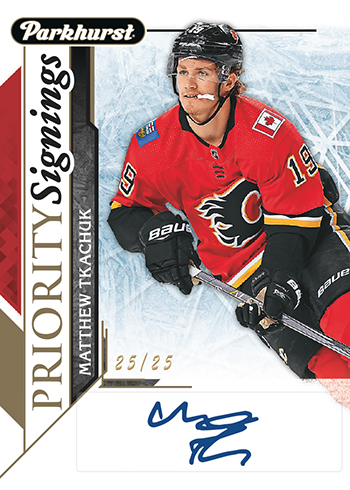 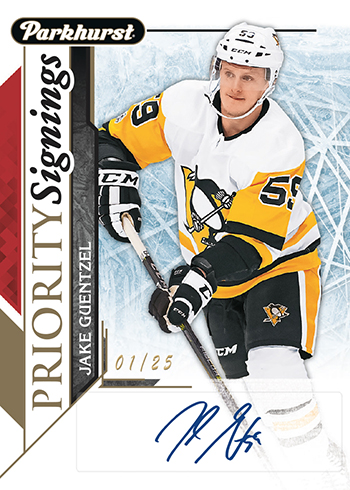 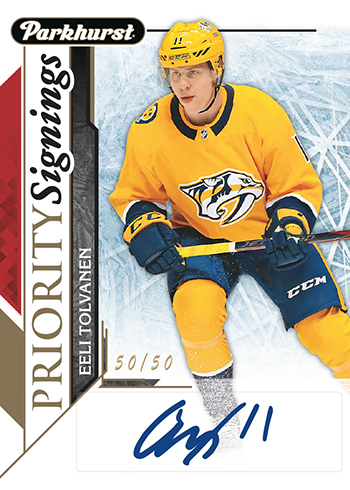 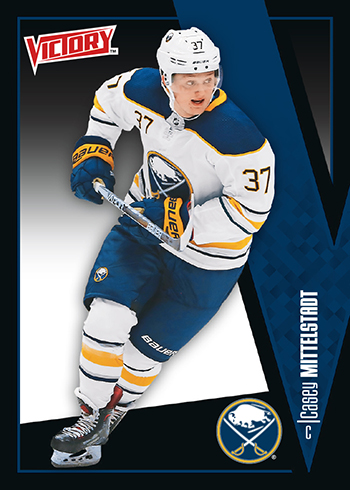 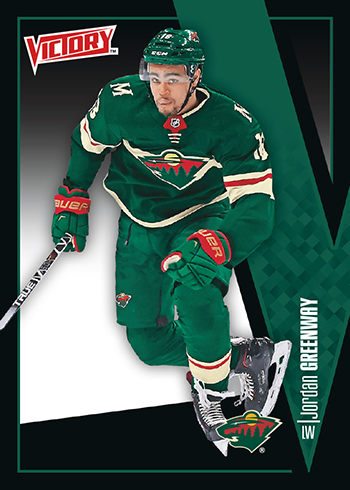 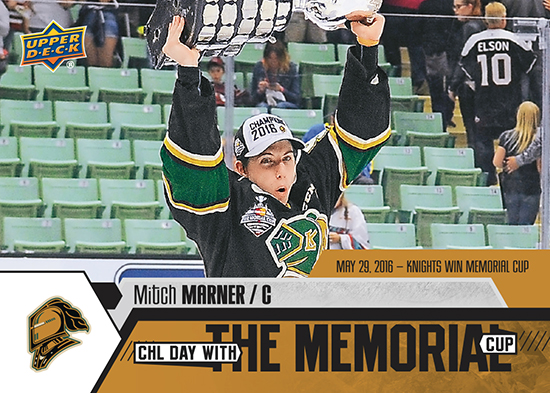 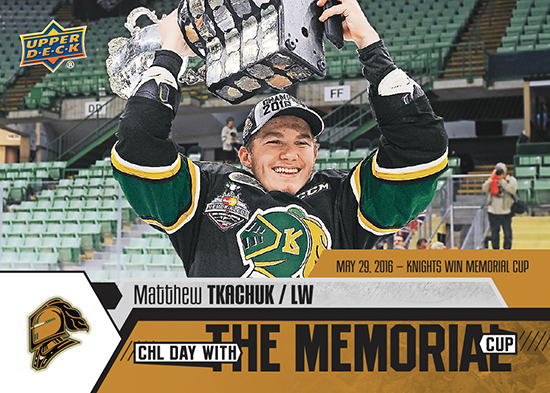 A limited amount of prize cards are available in packs that are good for a signed Upper Deck Authenticated memorabilia item available to pick up immediately during the show at the Upper Deck booth. So don’t wait until you get home to open those packs!

Fans who open a sealed hobby box of 2018-19 NHL® MVP or 2018-19 NHL® O-Pee-Chee at the Upper Deck booth can score a limited-edition Young Guns rookie card (regular size or oversize) of Gritty, the lovably weird mascot for the Philadelphia Flyers who has become a household name this season. Take it from Gritty, you’ll want to get these while you can!

Open one (1) sealed case of 2017-18 NHL® Premier (10 count case) or 2017-18 NHL® Synergy (20-count case) and received three (3) UD Fall Expo promotional packs, one 2018-19 NHL® Upper Deck Series One uncut sheet, one Upper Deck Gritty Young Guns card, plus one (1) bonus item consisting of either a signed Parkhurst Exclusive Priority Signings card or a limited-edition signed memorabilia item! This promotion is limited to once per person, per day, while supplies last. 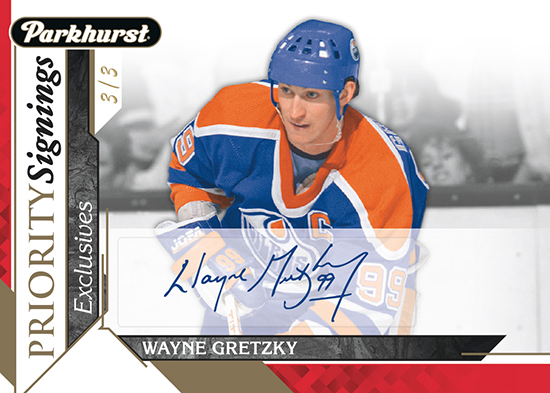 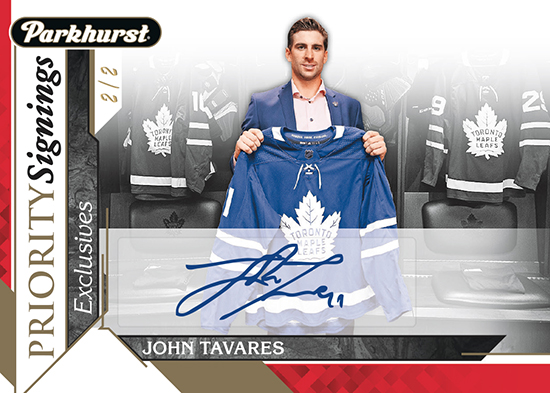 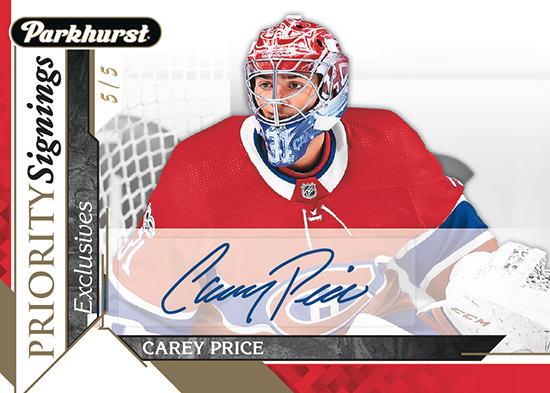 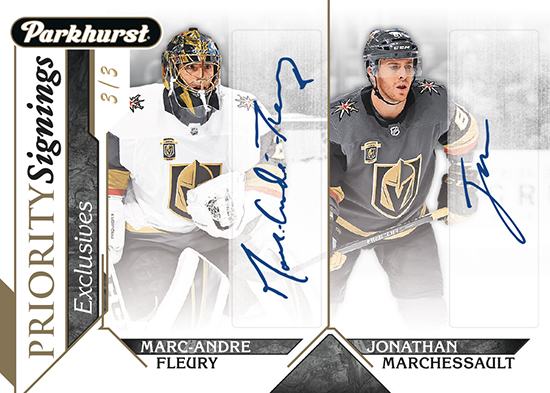 Additionally, Upper Deck will be engaging fans with a variety of other exciting programs to make the show one to remember!

Kids – Upper Deck will provide free entry to kids each day of the show and have special jumbo NHL® insert cards available to encourage a love of collecting with these youngsters. 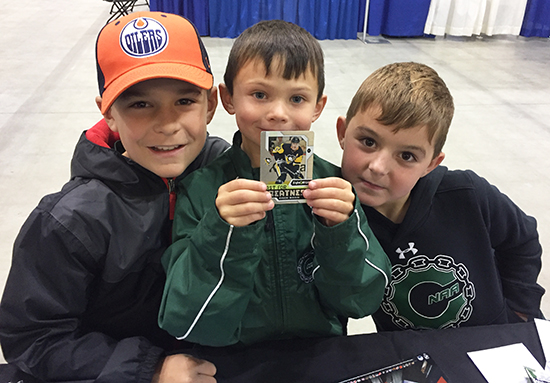 Upper Deck Authenticated – Upper Deck will have a variety of authentic signed collectibles from exclusive spokesmen like Wayne Gretzky, Connor McDavid and Patrick Roy. Make sure to check them out as they make the perfect gift heading into the holidays. 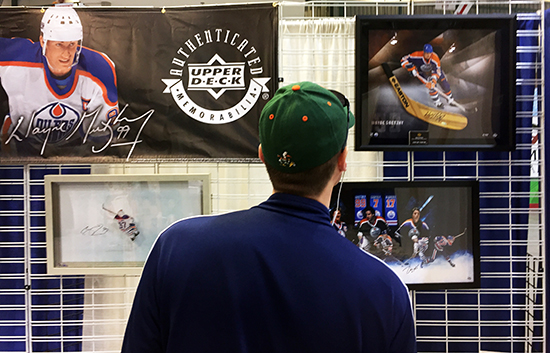 UDA’s hockey memorabilia looks great at the show, but it would look better in your home!

Free Raffles – Upper Deck will be saying, “Thanks” to fans with free raffles each day of the show where collectors can score insert cards, sealed boxes and even signed Upper Deck Authenticated memorabilia. Make sure to take part in these free draws on Friday 6:30 p.m., Saturday at 2:45 p.m., and Sunday 12:45 p.m. There is also an opportunity to score a FREE Monumental box during the show, guests 18-years or older can sign up at the Upper Deck booth. 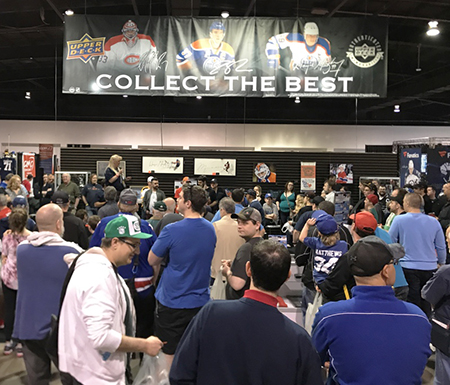 Book Signing with Ken Reid – Sportsnet anchor Ken Reid is a double threat. Not only is he awesome covering the daily happenings in the sports world, but he is an acclaimed author as well. In his new book, Hockey Card Stories 2, Ken takes a look at some of the most classic hockey cards of our generation and gets the athlete’s take on them. What’s more, Upper Deck’s Chris Carlin penned the forward to the book along with hockey superstar Sidney Crosby. You can purchase this great work of non-fiction and have Ken sign it for you at 2:00 p.m. on Saturday and 1:00 p.m. Sunday of the show! For those looking to devalue the book, Chris Carlin will be happy to sign it as well. 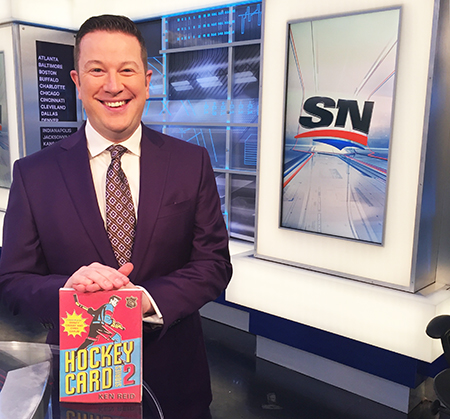 The Cup Break on the Main Stage – The release of 2017-18 NHL® The Cup has been one of the most popular trading card releases of the year. Upper Deck will do a live break on the Main Stage at the show on Saturday at 4:00 p.m. and some fans in attendance may even be able to score some of these cards! Don’t miss it! 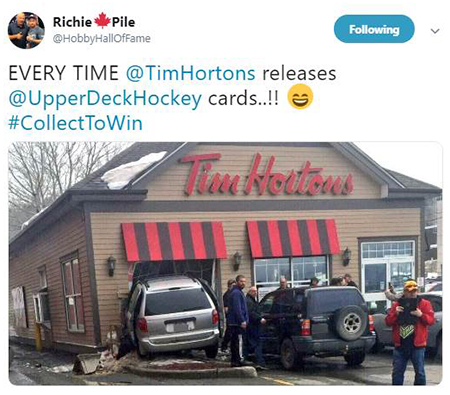 Badges – Exhibitors, sponsors, staff and VIP’s will be looking great with collectible badges that feature a variety of different Young Guns rookie cards. These actually become collector’s items after the show. 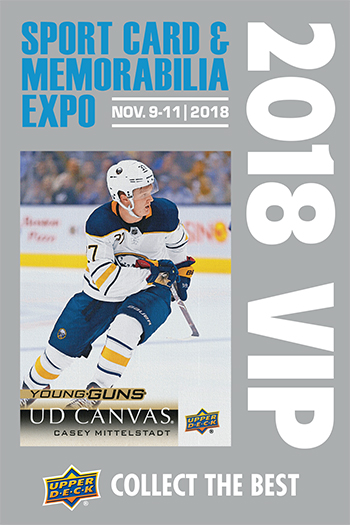 Make Memories with the Entire Family – Have your phone charged and grab photos or video of the fun throughout the weekend. Make sure to tag @UpperDeckHockey on Twitter and @UpperDeckSports on Instagram! And use the #SinglesDay and SportCardExpo hashtag, especially when you show off a cool new Upper Deck collectible you picked up at the show. 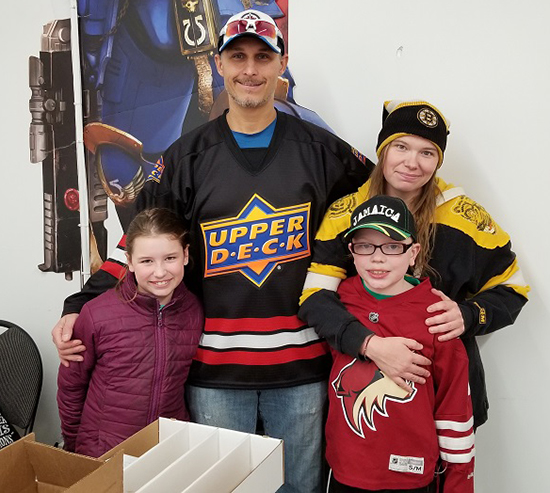