It seems like every year Upper Deck finds a way to add a HUGE young prospect to the Goodwin Champions brand. Last year it was basketball prospect Ben Simmons who had base cards, Goodwin autographs, Goudey autographs, Goodwin inscribed autographs, Goodwin memorabilia cards, Goudey memorabilia cards and one heck of an unannounced “Easter Egg” card in the Exquisite autograph rookie card. One of these 2017 Goodwin Champions Ben Simmons Exquisite autograph rookie cards recently sold at auction for over $10,000. Can you imagine pulling that from a pack??? 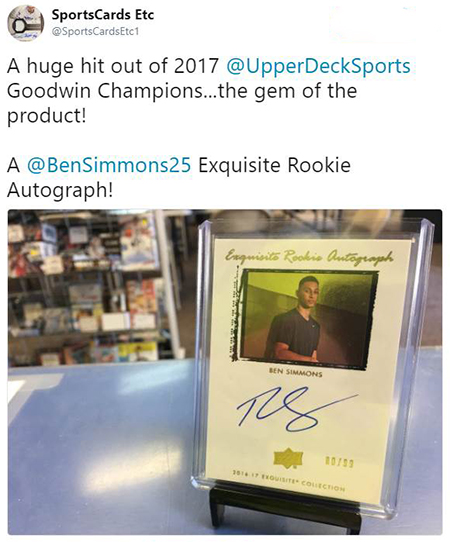 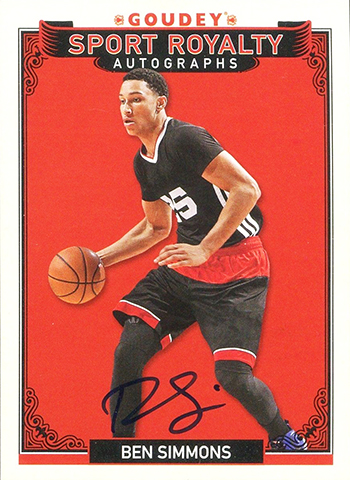 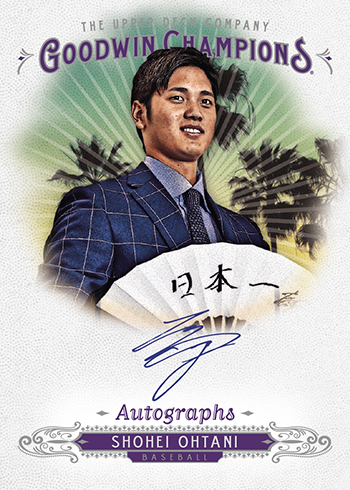 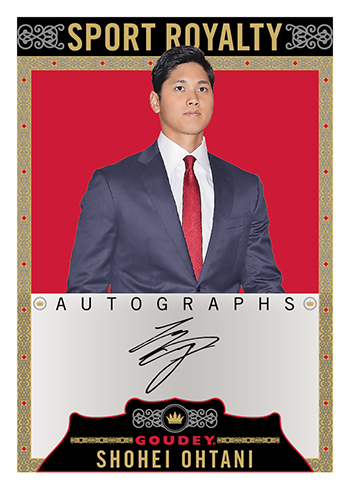 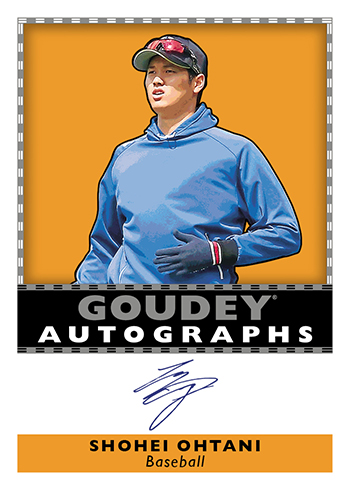 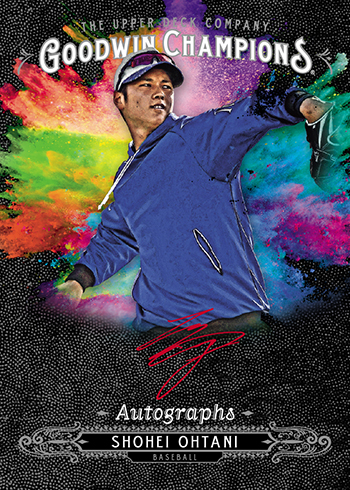 Oh, and that won’t be the only place you find autographs of Ohtani in Upper Deck products. He will have a limited number of autographs in Upper Deck’s Prominent Cuts promotional packs at the 2018 National Sports Collectors Convention and in the 2018 Upper Deck Certified Diamond Dealer Conference black boxes in the form of Goudey Preview autographs. More details and images to come soon on those cards. 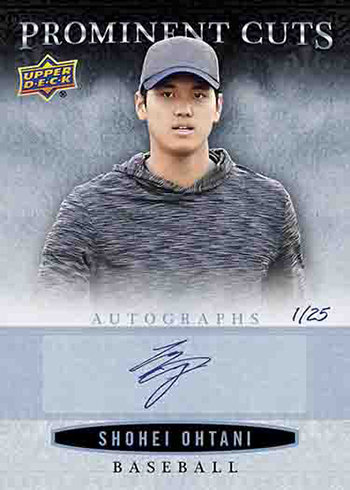