In Legendary®: World War Hulk, duality and transformation are key themes of Hulk stories: the puny, brilliant scientist transforming into a raging monster. The “Transform” keyword highlights this theme. 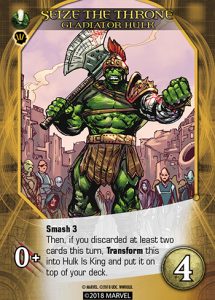 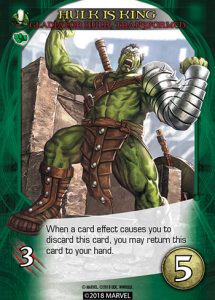 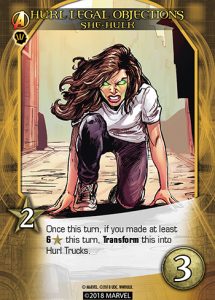 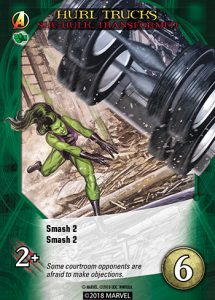 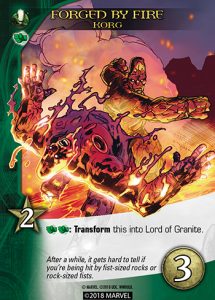 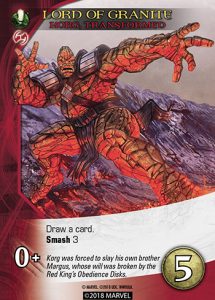 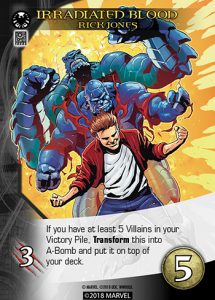 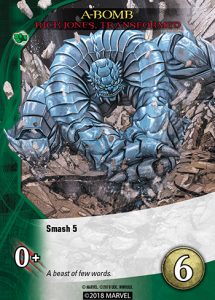 Heroes aren’t the only ones that can get bigger and stronger throughout the game. Each Mastermind in this set is a double-sided “Transforming Mastermind” that transforms back and forth between two forms during the game. 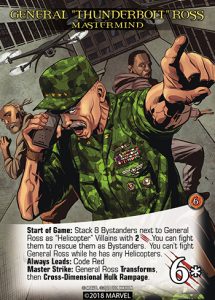 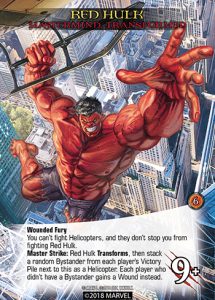 Smash is a new keyword that highlights pure rage. It represents how when Hulks get angry, they SMASH hard, no matter what they have to toss aside. 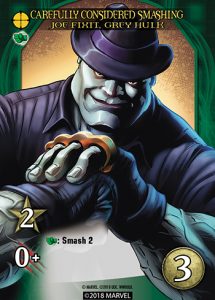 We hope you enjoyed this preview of Legendary®: World War Hulk.  Join us next time as the battle between brains and brawn rages on.

OK, Smash is a bit simpler than I’d anticipated – that’s not necessarily a bad thing.

Transform is more-or-less what I thought it would be. I’m a touch disappointed that Masterminds transform, but that’s only because I’d really like EPIC masterminds to be a staple going forward.