Legendary®: World War Hulk is based on a couple of Hulk’s most famous Marvel Comics story arcs. Planet Hulk is one of the most admired, iconic Hulk stories of all time. The smartest Heroes in the Marvel universe, the Illuminati, fear Hulk’s raw strength and furious rampages. 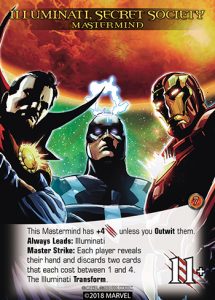 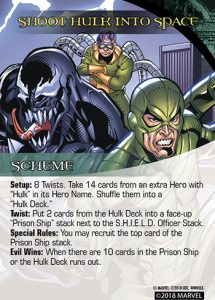 They conspire to trick Hulk into exile on a distant world. Thrown off course and drained of strength, Hulk crash lands on the savage planet Sakaar. There, Hulk is chained and forced into gladiatorial servitude.

Fighting for his life as his strength slowly grows, Hulk forms a blood pact with an unlikely band of powerful alien gladiators: the Warbound. 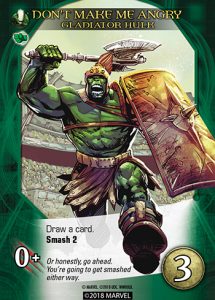 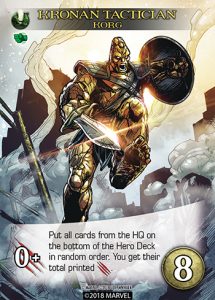 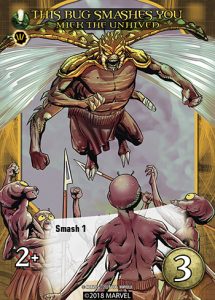 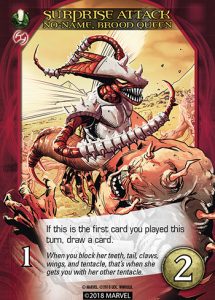 Together they rise through the ranks, pursue a death-defying series of journeys, and eventually rally the people of Sakaar to overthrow the tyrannical Red King. 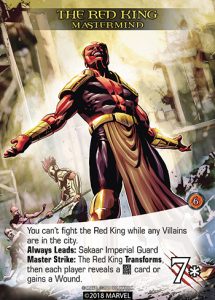 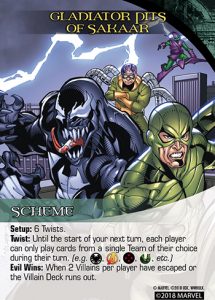 For a moment, the newly-crowned King Hulk knows peace. But when an explosion from the Illuminati’s ship kills King Hulk’s new wife Caiera, Hulk is filled with a rage greater than ever before. 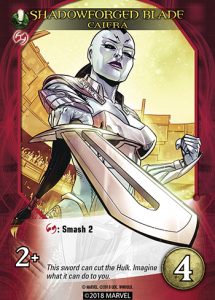 He returns to Earth with his Warbound to punish the Illuminati for their crimes against him, even if he has to tear apart all of Earth’s super-teams to do it, and perhaps Earth itself. This is Legendary®: World War Hulk! 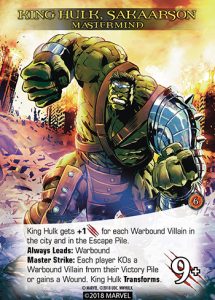 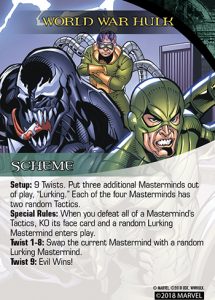 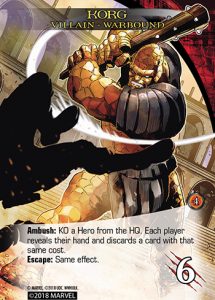 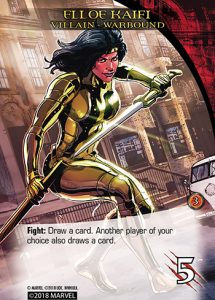 You can play as Gladiator Hulk and the Warbound or as other Marvel Heroes trying to hold them back. This set also features many of Hulk’s greatest moments, evoking all the key themes that go across Bruce Banner’s history: Transformation, Brains, Brawn, and Rage.

We hope you enjoyed this preview into the stories behind our newest Legendary® release.  Join us next time as we show how Hulk’s transformations can lead to true rage. Hulk smash!

Never before has a preview shown so much, yet reveal so little. I’m pumped to learn more about Transform next week. Especially about how it works on Heroes!

This tempus fugit & the crossroads are some of my favorite stories.