Upper Deck’s new 2015-16 NHL® Fusion trading card release on the e-Pack platform is already getting rave reviews from fans for the set’s beauty and for the low $0.79 price point per pack!

If you’ve been thinking of trying Upper Deck e-Pack™, especially during this incredible rookie season, 2015-16 NHL® Fusion is the perfect release to try. Five-card packs are only 79 cents, 24-pack boxes are just $17.99 and a full 12-box case for $214.99. What makes the set compelling for collectors and fans is that there are variety of options for fans in terms of what to collect and how to collect. Here are some of the key things you will need to know. 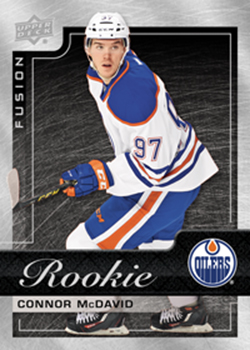 What Are Parallel Cards? 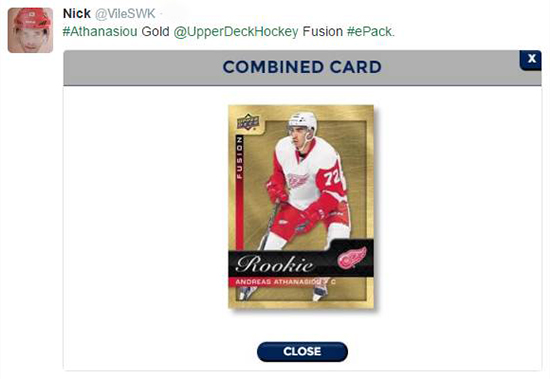 The physical cards in the set can be acquired through achievements by completing the sets above and combining them together (fusing them together if you will). There are six different sets of physical cards that can be achieved by basically trading in your complete digital card sets or leveling up to sets that are rarer. These cards are physical achievement cards that can be sent directly to you for nominal handling fees to take ownership. Here’s a look at those:

How To Combine Cards?

Watch one fan combine their Fission F/X cards on Twitter by clicking HERE!

Once you combine individual cards for the rare parallel version, or a complete digital set for theses physical sets, the digital cards used for combining are no longer in your collection.

Can You Trade Fusion Cards? 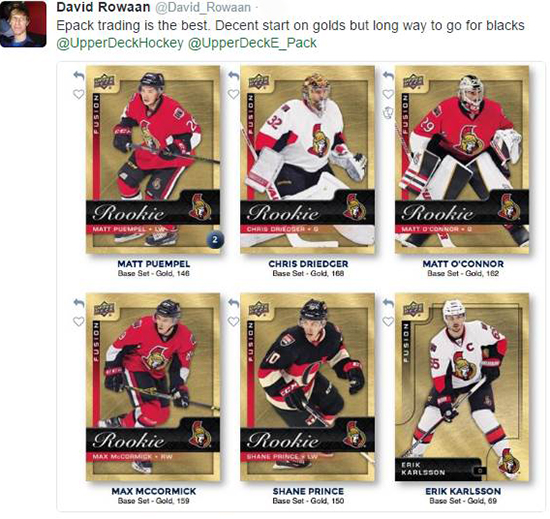 Fans have been sharing how much they like the look of these new cards, especially the achievement sets! If you are lucky enough to score one and have it sent to you, make sure to show them off online and tag @UpperDeckSports on Twitter or Instagram. The Fission F/X achievement cards in particular feature stunning light F/X technology that you will definitely appreciate when you have these cards in hand!


When is the last day that you can combine the Fusions?