Sports fans were pretty fired up when they heard John Broggi talking about the 2016 National Sports Collectors Convention on the Upper Deck Blog. Now fans have another reason to be excited as Upper Deck shares details on the biggest collectibles show of the year. If you enjoy sports at all, you have to get there. It is the show that is on every collector’s bucket list and those who have been before, make it an annual event as there is just so much to see and do. This year the show is heading to Atlantic City, New Jersey from August 3-7, 2016. 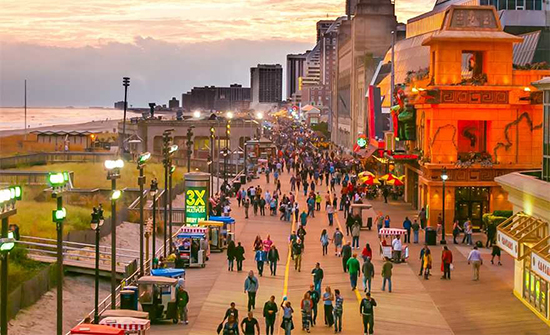 One of the best parts of the show is seeing the incredible pulls collectors have as they open Upper Deck packs at the company’s corporate booth. Why are folks opening so much Upper Deck? To get the special items available through Upper Deck’s exclusive wrapper redemption packs produced just for this show. This year fans can find both Prominent Cuts cards which feature a variety of personalities from various sports and NHL® Top Shelf Rookie cards of the prospects this season in Upper Deck wrapper redemption packs. Randomly inserted into these packs are incredibly limited autograph cards as well as one-of-one cut autograph cards from deceased legends, including U.S. Presidents! Fans can put the 20-card base set together just by cracking these packs, you would not need to attend each day of the show to put an entire set together. 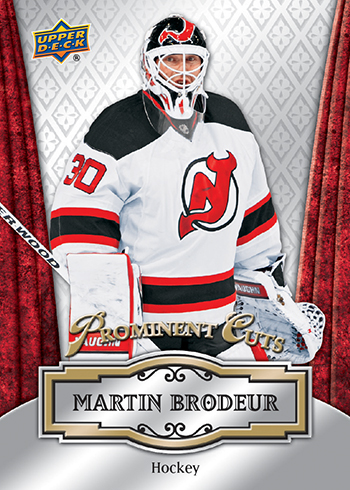 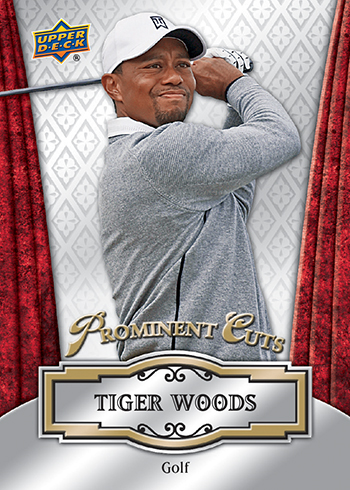 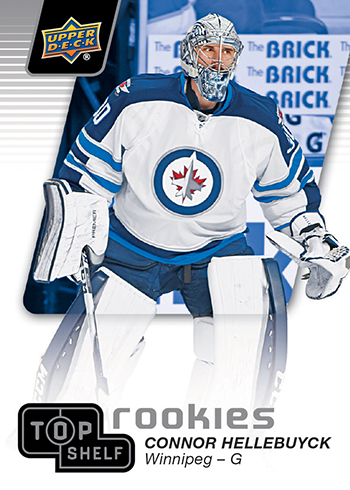 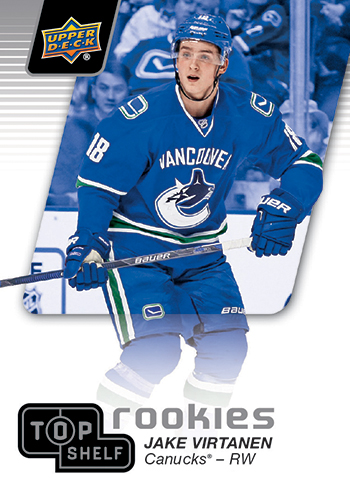 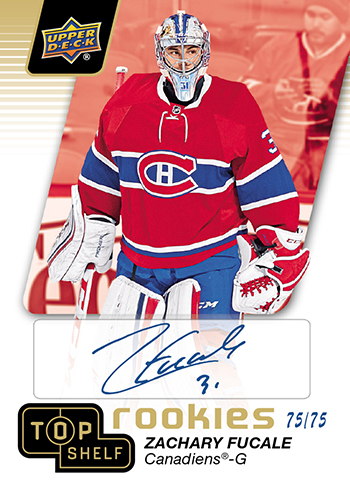 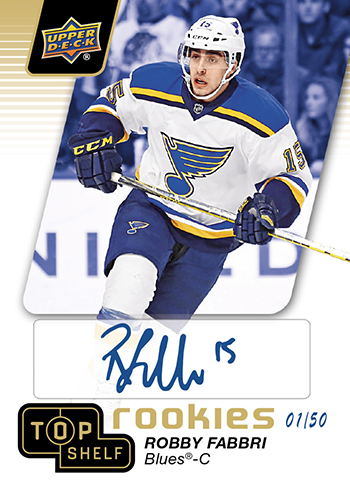 These packs must be purchased from a Certified Diamond Dealer who will provide collectors with an Upper Deck issued voucher for the redemption program. The program will begin at the start of the show each day and run as long as supplies last. Collectors can take advantage of the promotion up to four times per person, per day.

*Note: This promotion is only available to the first 100 collectors who choose to take advantage of it, one case per person, per day. Some of the exclusive cards available are listed below: 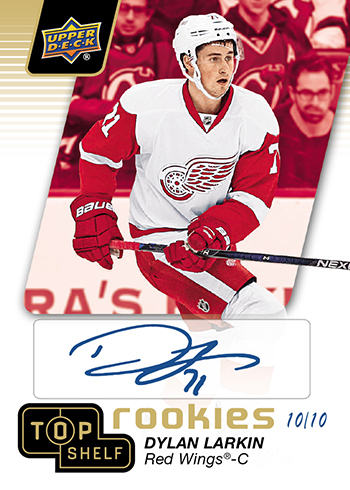 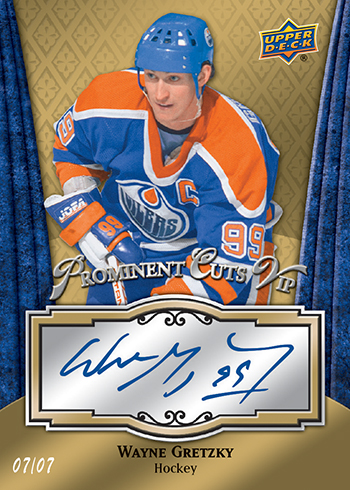 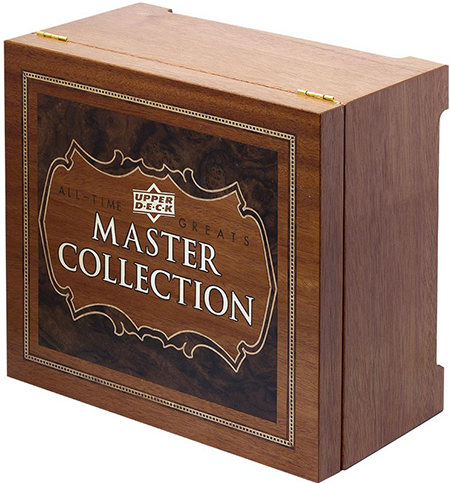 *Note: This promotion is only available to the first five (5) collectors who choose to take advantage of it.

You can grab your packs, boxes and cases directly from Upper Deck Certified Diamond Dealers (CDD’s) in attendance that will have large yellow balloons flying above their booths. Here is a full list of CDD’s in attendance: 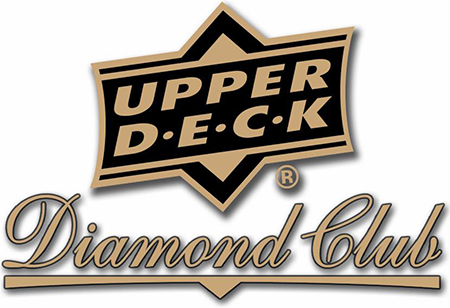 For the customers who support these dealers the most with regard to Upper Deck purchases, they can earn their way into Upper Deck’s super exclusive Diamond Club Member & Candidate Reception on Friday night. Make sure to inquire with these dealers about that promotion. Fans can score some incredible prizes and enjoy a memorable night with a special guest. Those who have attended previous events can attest to how special this event is every year! 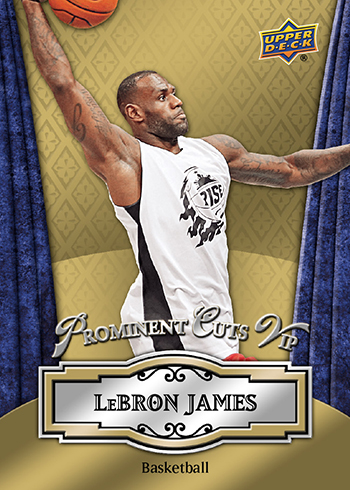 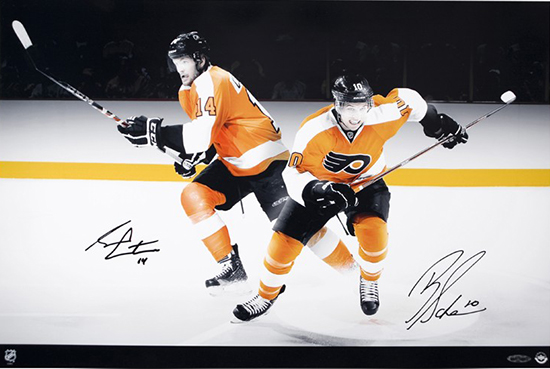 If cards are not your thing, you won’t want to miss the incredible signed memorabilia available from Upper Deck Authenticated available at show special pricing. Look for some really incredible deals on Philadelphia Flyers collectibles in particular.

Friday Upper Deck will run the company’s Random Acts of Kindness Scavenger Hunt with 25 prize envelopes hidden throughout the hall. Fans can score Upper Deck Authenticated signed memorabilia items, boxes and insert cards for finding these envelopes, but remember, you can only find one per person. Clues will be provided throughout the day as to the whereabouts of these items.

Upper Deck will run a variety of FREE raffles for fans in attendance each day (except Friday). Make sure you are at the Upper Deck booth shortly before these scheduled times to score your free ticket:

Wednesday: 7:00 p.m.
Thursday: 5:00 p.m. (Some lucky winners of this raffle will earn the opportunity to be a part of Upper Deck’s Ultimate Case Break on Friday at 2:00 p.m. on the main stage of the Case Breaker Pavilion. Take a look at how the event went last year: https://www.upperdeckblog.com/2015/07/upper-deck-wows-collectors-at-the-premier-case-break-at-the-national-sports-collectors-convention/)
Saturday: 11:30 a.m.
Sunday: 1:00 p.m. (UD’s Everything Must Go Raffle)

Friday through Sunday Upper Deck will have Brady Kahle set up in the company’s corporate booth. If you haven’t heard Brady’s story, you need to check it out! Brady will be set up selling cards and accepting donations for his Cards for a Cause charity on Friday, Saturday and Sunday! For more on the Cards for a Cause charity, please visit: www.facebook.com/groups/cards4acause 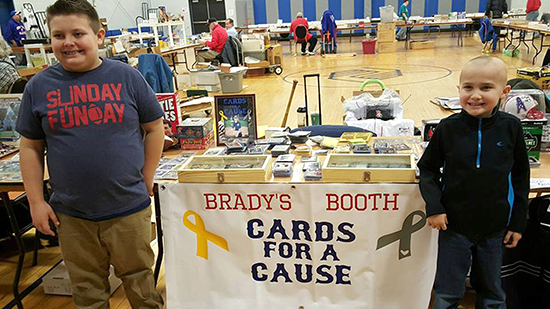 Upper Deck is also planning a special tribute to Mike Berkus who ran the show for so many years and sadly passed away in November. He will be greatly missed. 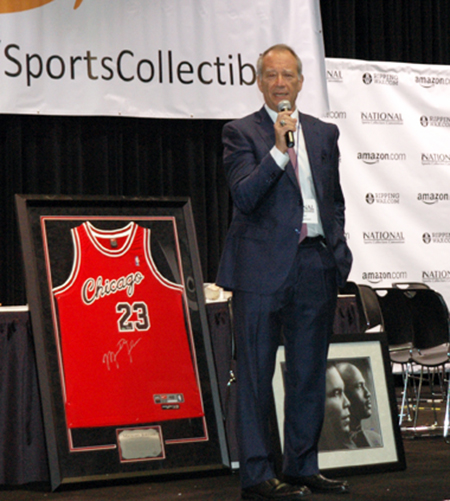 Look for other fun surprises announced soon and at the show! Follow the National on Twitter and Facebook as well. Make sure to use the #NSCC16 and #NSCCAC hashtags as well! Tickets to the 2016 National Sports Collectors Convention are available now at www.nsccshow.com!

Is this the complete checklist for the wrapper redemption?