With the NHL® hosting their annual Draft in Buffalo, Upper Deck wanted to head out and say thanks to the loyal fans in the area. Dave & Adam’s stepped up to host an event that fans in attendance will be talking about for some time to come. Fans started coming in slowly after work and there was a lot of buzz about the special NHL Draft set Upper Deck created.

One of the fun moments came with a family who are die-hard Sabres fans. We heard about a dad who saw part of his son on a hockey card from the arena. We had something special in store for them. We heard about it and were able to re-crop the photo so that you could actually see his son in the card. They were blown away when they saw it and if we can make a family like this smile by bringing them closer to the game, we are all about that! 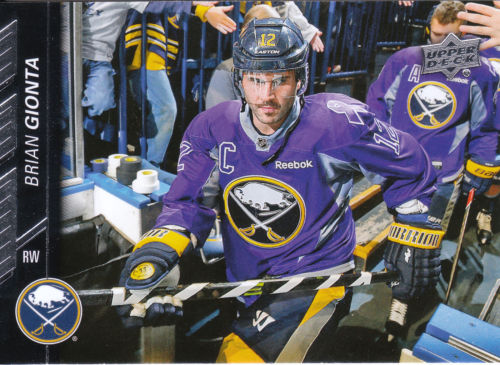 See the young fan in the top left who was cut off? His dad actually recognized that was him on this card. 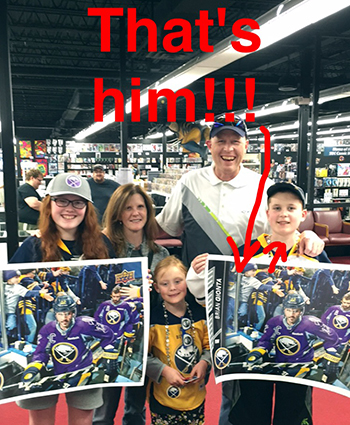 UD reworked the image and presented this family with poster sized versions of the new card!

Dave & Adam’s Williamsville store is MASSIVE, but there are tons of things to do there and unique things to see from sports and comics. It’s almost like a theme park and there are free games for kids and kids at heart to enjoy. 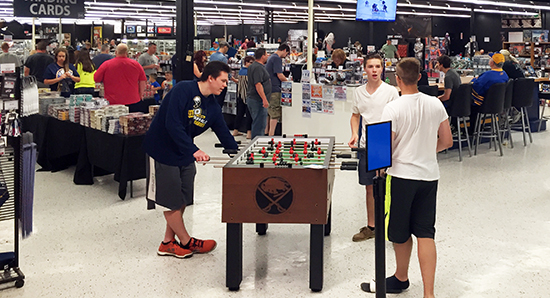 How many shops can you play cornhole in??? 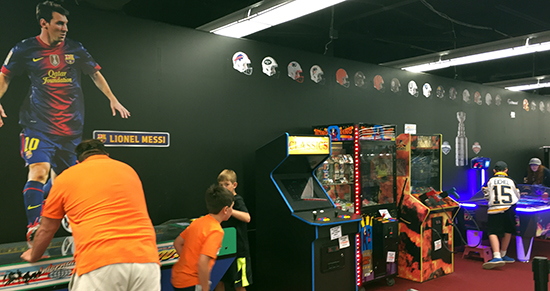 Even a store this big can get packed however when Upper Deck comes to town! Hundreds packed in the shop to meet Upper Deck staff, check out some of the unique signed memorabilia the team had on hand and to participate in an incredible raffle! Dave & Adam’s and Upper Deck partnered to provide fans in attendance over 100 prizes! The hundreds on hand were thrilled with all the goodies they received.

The turnout for the event was amazing! 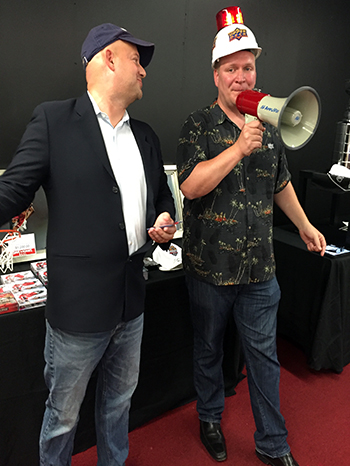 UD’s Chris Carlin and Dave & Adam’s Adam Martin partnered to give away some great prizes to fans. 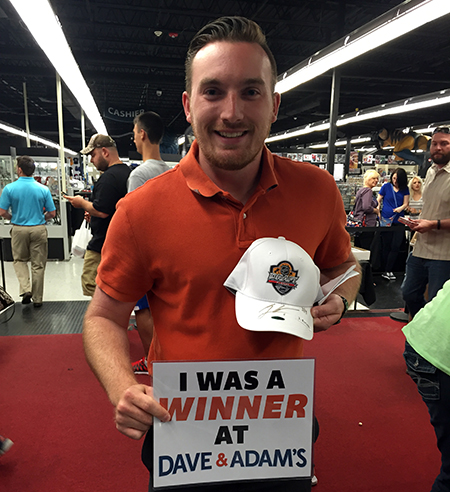 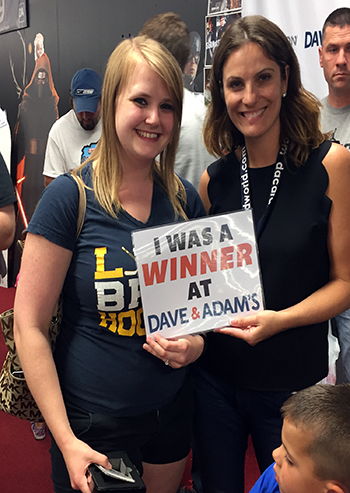 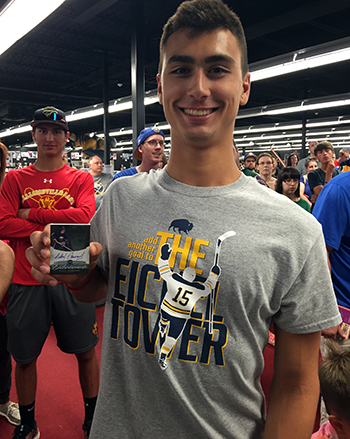 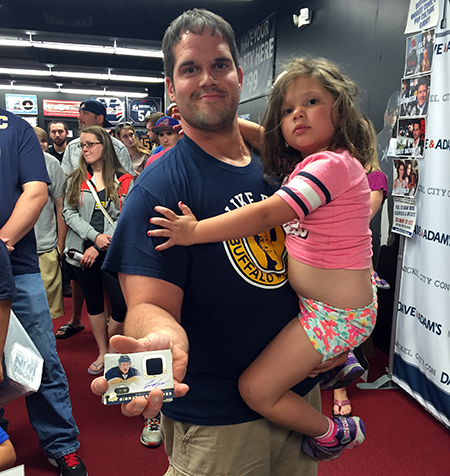 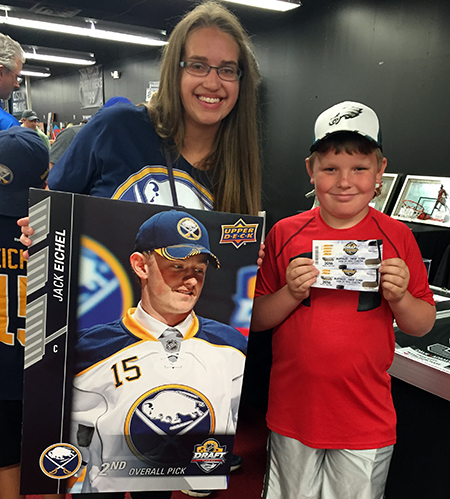 Thanks to all the fans who came out to support the shop and greet the Upper Deck team! We loved spending time with you!

Do you have a card shop you’d love to see Upper Deck visit? Tell us about them and what makes them so special in the comment section below and who knows, Upper Deck could be coming to your town next!


Chris, this is really cool — love the story about adjusting the Gionta card for the little dude in the crowd!

I think you guys have to come up to Kelowna, BC at some point! Visit Jason & Dean at Players Choice, one of the best shops in Western Canada. Our own draft party was a huge success last night; we had people spinning the Upper Deck wheel for prizes, there were a lot of giveaways of the draft packs, and somebody hit a gorgeous Connor McDavid Exquisite auto #’d /10 from a box of Ice! While you’re here you can round up some of the 100 or so NHL players who live here for a big autograph signing session! I’ll even “volunteer” to help you guys with the cards! LOL


Hey Richard, we were up there less than a year ago and brought two players: https://www.upperdeckblog.com/2015/07/puck-fans-enjoy-an-evening-with-luke-brayden-schenn-courtesy-of-upper-deck-and-the-nhlpa/

Our team enjoyed seeing the shop and we always get a kick out of those guys at the Industry Summit and other events.