You hear it in card shops and shows across North America as collectors open new Upper Deck NHL® packs referencing rookies, “Is this guy any good?” Usually the response is, “Who knows?” or, “We’ll see?” Now that a full NHL® season is basically in the books, it’s a good time to go through the rookie class to see which rookie players have the most upside for collectors.

I put together a list of who I believe the top ten are in the class and I’m sure other collectors will want to make the case for some of their favorites I may have left off my list (feel free to share those in the comment section below). Here are my Top Ten 2014-15 NHL® Rookies to Collect:

Perhaps one of the “sleeper” rookies this year, Kevin Hayes has quietly made his way into the top 5 for rookie scoring this season as a member of the New York Rangers. During his senior season at Boston College last year, Hayes played on the same line as Johnny Gaudreau and was also a member of the 2012 National Championship winning team. Now a member of the top team in the NHL, Hayes hopes to add a Stanley Cup ring to his collection this year. 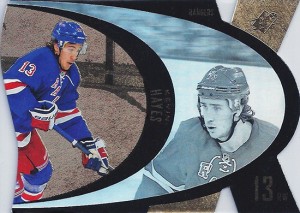 Kuznetsov was drafted 26th overall by the Washington Capitals in 2010 but didn’t make his NHL debut until late last season after playing in the KHL for three years with Traktor Chelyabinsk. Kuznetsov dominated at the junior level, winning the 2012 World Juniors with Team Russia as well as receiving MVP honors at the tournament. Kuznetsov has also shown world-class skill at the NHL level, most notably with an incredible play the other night against the Boston Bruins, and should only get better with more NHL experience. 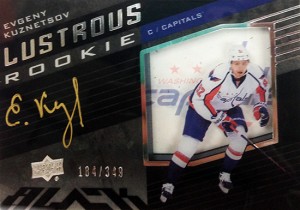 “The Hamburglar” has been the breakout story of 2015 in the NHL. After injuries to both Craig Anderson and Robin Lehner, Hammond got the opportunity to prove himself at the NHL level on February 15th against the Montreal Canadiens. Since then, he has gone an unbelievable 19-1-2, which has earned him an Upper Deck Memorable Moments card but more importantly, a playoff spot for the Ottawa Senators. 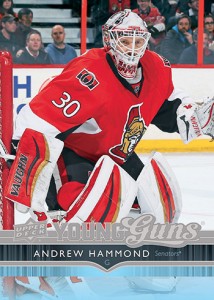 Horvat was drafted 9th overall by the Vancouver Canucks in the 2013 NHL® Draft after trading goalie Cory Schneider to the New Jersey Devils for the pick. After an impressive start to the 2014-2015 NHL season that caught the attention of collectors, the Canucks decided to keep Horvat on the roster for the remainder of the season. His faceoff abilities have made him an asset late in games for the Canucks and he hopes to continue producing on both ends of the ice for the team as they begin the playoffs. 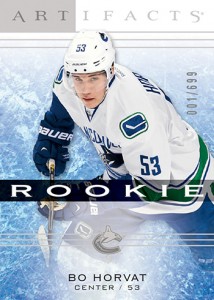 The Slovak native had a slow start to his first NHL season but he has picked up 12 points in his last 13 games, including a beautiful assist against the Carolina Hurricanes on March 15th. With moves like that, Dano is making a strong case for a permanent roster spot next season. 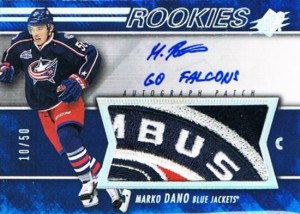 Lazar has had success at almost every level of hockey so far in his career. At the age of 17, Lazar won the Ivan Hlinka Memorial Tournament as a member of Team Canada. He then went on to win the Memorial Cup with the Edmonton Oil Kings in 2014 and the World Junior U20 Championship this year alongside the projected first overall draft pick; Connor McDavid. Having collected hockey cards himself, Curtis Lazar hopes to have his own Day With The Cup this summer as the Ottawa Senators begin their playoff run. 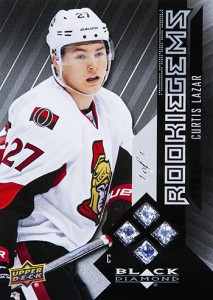 Despite being eliminated from playoff contention, the Dallas Stars found consolation with the play of rookie defenseman John Klingberg, who is now being mentioned in Calder Trophy conversation. John, the brother of Winnipeg Jets prospect Carl Klingberg, made an immediate impact on the team after he was called up in the midst of a seven-game losing streak in November. After being called up, the team went on a 14-8-1 run, which put them back in the playoff race. Klingberg went viral during that run after scoring one of his 11 goals in a rather unorthodox way against the Edmonton Oilers. 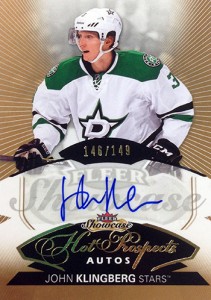 Drouin was drafted 3rd overall by the Tampa Bay Lightning in the 2013 NHL Draft after winning the Memorial Cup with the Halifax Moosehead and being named the CHL MVP. Jonathan Drouin’s flashy play has made the highlight reel on more than one occasion this season and he will have more opportunities to do so over the next few weeks as the Lightning search for their second Stanley Cup. 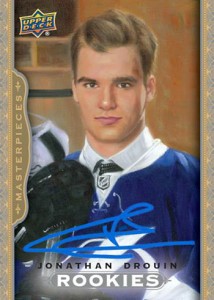 The 2014 first overall NHL draft pick lived up to the hype during his first NHL season in Florida. As one of the leaders in rookie ice-time, Ekblad sits 2nd in rookie defenseman scoring behind John Klingberg of the Dallas Stars. The 19-year old’s seamless transition into the NHL was helped by the presence of veteran NHLer Jaromir Jagr, who scored his 200th goal the same night Ekblad was born. 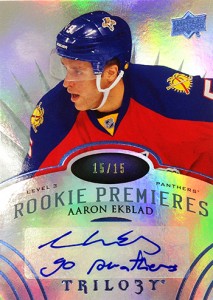 “Johnny Hockey” has not let his size be a disadvantage in his first NHL season. Standing at a generous 5’8″ and 150 pounds, Gaudreau has led the Calgary Flames to their first playoff appearance since 2009 while leading all rookies in scoring. After winning the Hobey Baker Award with Boston College last season, Johnny Gaudreau’s impressive play has put him in contention for the Calder Trophy. 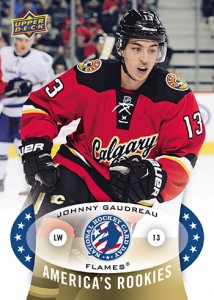 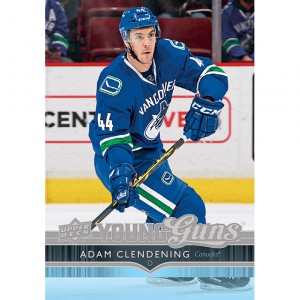 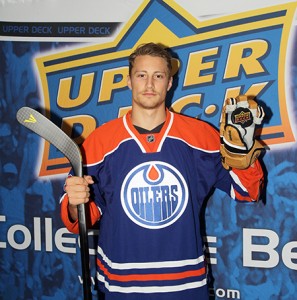 Alex Vegh is a trading card enthusiast and was the winner of Upper Deck’s Ultimate Fan Promotion. Alex is also an active member of Upper Deck’s Volunteer Alliance and a participant in countless internet sports forums.


I think Cedric Paquette (S) and Damon Severson (HM) should have replaced 2 others that got named either the sleeper or honorable mention categories. I’d take Adam Clendening and Shayne Gotisbehere off your respective lists. Paquette plays on a young TB team & Severson was hot to start the year in NJ until he got injured. That’s my 2 cents.


What no love for the Kings yet again? How about Tanner Pearson? He’s a stud monster