Nothing gives staff here at Upper Deck more of a thrill than to engage younger collectors and help make trading cards come to life for them by providing them with an experience like no other. That is the case we have with Upper Deck’s 2012 NHL Draft Runner promotion where once again Upper Deck helps bring collectors closer to the game.

One lucky 10-13 year old fan can earn the opportunity to become Upper Deck’s 2012 NHL Draft Runner. They will work directly with the NHL during the 2012 Draft in Pittsburgh on June 22 and June 23, 2012. The experience will take them behind the scenes at one of the most important NHL events of the year. Just take a look at what Zeke Estrada, a former Upper Deck NHL Draft Runner, thought of the experience by clicking HERE. 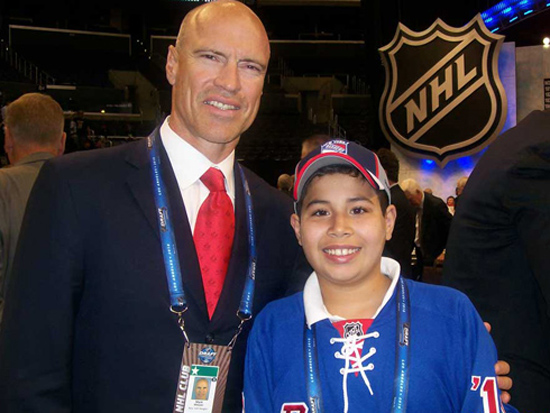 He had the time of his life during the weekend he served as Upper Deck's NHL Draft Runner. Who will be next in Pittsburgh???

To take part in this promotion, all you need to do is visit a participating Pittsburgh area Upper Deck Certified Diamond Dealer, purchase five packs of 2011-12 NHL Upper Deck product and submit an essay (3-6 paragraphs, one page max) as to why you should be the 2012 Upper Deck NHL Draft Runner OR the purchaser can submit an essay nominating a 10-13 year old hockey fan. All essays need to be submitted to the following retail partners after purchasing the specified 2011-12 NHL Upper Deck packs: 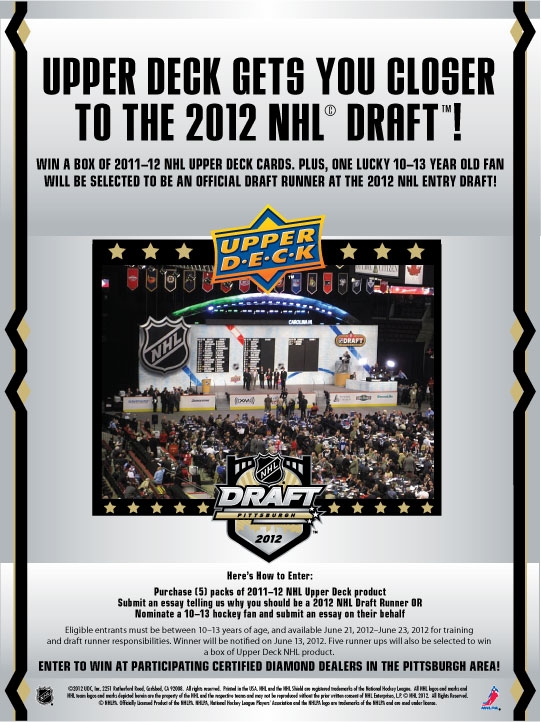 All essays need to be received in by these locations by no later than Tuesday, June 12, 2012. Upper Deck will select one winner who best embodies the spirit of a true hockey fan to serve as the 2012 Upper Deck NHL Draft Runner. Five runners-up will receive a box of 2011-12 Upper Deck NHL product. Upper Deck is excited to provide this once-in-a-lifetime experience to a young collector. Good luck to all those who participate!