The Time of His Life!

When 12-year-old Zeke Estrada of Anaheim won Upper Deck’s 2010 NHL Entry Draft Runner contest earlier this month, he was asked to provide his top three choices regarding which NHL team he’d like to help out on Draft Day. In preference order, his answers were: New Jersey Devils, Montreal Canadiens and Anaheim Ducks.

Well, not everything turned out as planned for  Zeke as he was instead recruited to assist the New York Rangers with their Draft-Day proceedings. But in the end, he didn’t mind one bit. As his father George Estrada put it: “Zeke had the time of his life!” Check out the pics below showing Zeke in action at L.A.’s Staples Center during last weekend’s NHL Entry Draft, courtesy of Upper Deck.

Besides being a part of NHL history, Zeke managed to score a few autographs along the way while the Rangers picked up another enthusiastic supporter. Nice job, Zeke! 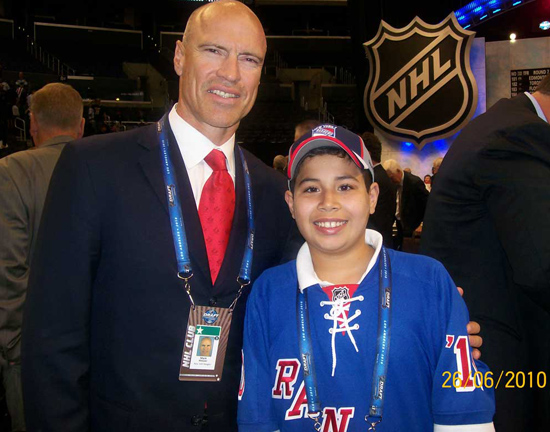 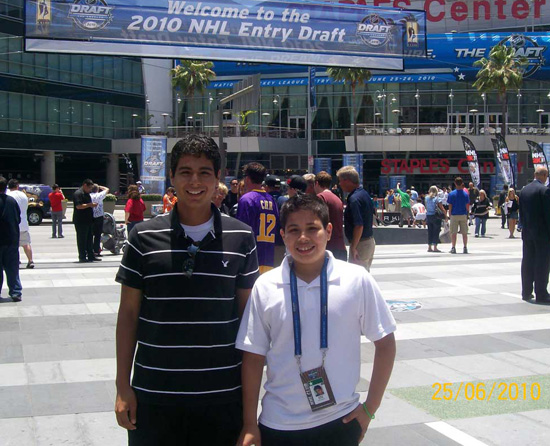 Here's Zeke hanging with his big brother, Dominik, prior to Zeke's excellent adventure on the inside of the Staples Center in Los Angeles last weekend.

Also, the Orange County Register did a story on Zeke’s experience as well, check it out!