What’s In a Number?

Ah, yes, the old jersey number debate; everybody has an opinion on it. With so many decades of sports greatness in the books there really isn’t a number left that isn’t associated with at least one legendary athlete. More often than not, multiple great athletes have been the proud owners of the same number, and that’s where the debate begins. Who was the best player to wear #1, #2, #3, and on it goes. The fatal flaw, however, is that most of these debates center on a certain sport such as the best baseball player to wear a certain number, the best football player to wear a certain number, etc. But what about all time? Are there players out there that were so good they can lay claim to a number over stars from other sports? There are a few numbers that could be hotly contested under this format, so here are some of my favorites and the contenders for the top spot: 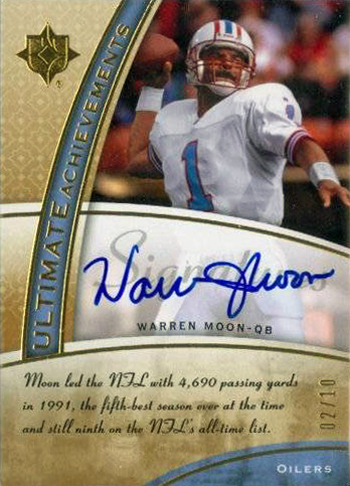 No. 1: Not the most star-studded of all jersey numbers, but it’s worth a look. After all, anyone willing to take on the big #1 has a bit of cockiness in them, a belief that they are worthy of being associated with all that goes with being #1, like winning and being a leader. Contenders include Oscar Robertson, Ozzie Smith, Jacques Plante and Japanese legend and home run king Sadaharu Oh. Every sport has its share of #1s, so there are contenders across every game played. However, the winner has to be none other than Warren Moon. Moon was a very successful quarterback everywhere he played, and he will always be remembered as one of the greats. He was great in college at the University of Washington, but nobody paid him much attention and he ended up in the Canadian Football League. Moon didn’t let it keep him down, however, and he went on to win five Grey Cup titles in Edmonton to force the NFL to take notice. When he finally got his chance in the NFL, all he did was have a lengthy and highly successful career over 17 NFL seasons on his way to the Pro Football Hall of Fame in Canton. Moon truly embodies the spirit of #1: he never gave up, was a winner, and wasn’t happy being #2. 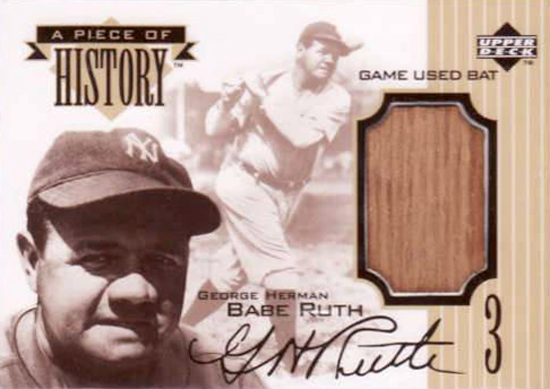 This number is a bit top heavy, but they are some heavy hitters. Dale Earnhardt, Bronko Nagurski, Joe Montana at Notre Dame, and the Great Bambino himself, Babe Ruth. Earnhardt and Ruth have the only real shots at taking this number as their own, and while Earnhardt was a great competitor and winner, his resume is on par with other racing greats. Ruth, on the other hand, nearly 60 years after his death, is still one of the all time greats in baseball. There is just so much attached to his legend and mystique that he has taken on an almost mythical identity, and that puts him on a whole different level above practically every other athlete who ever existed. Ruth is a legend, and a legend should own his number. Informed readers might point out that early on the Yankees did not wear numbers, meaning Ruth became #3 only later in his career. Still, even if he had only played one game in a number, it’s hard not to pay him his due. 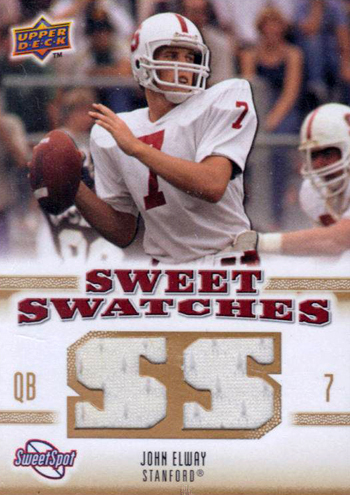 No. 7: The lucky number seven. Some superstitious folks may have had an affinity for the number. It also seems to be the default number when picking a jersey number. Maybe it’s just me, but as kids our team jerseys were all piled in a box and everyone seemed to instinctively go for #7. It must be the superstition that attracts people to that number, but it may also be thanks to John Elway. The captain of the comeback was a gamer, and his career reads like a Cinderella story with a pair of back-to-back Super Bowl wins coming at the end of a long and excellent career. There is strong competition from other sports featuring names like Mickey Mantle, David Beckham and Phil Esposito, but Elway’s name is mentioned among the top quarterbacks of all time. When a certain guy’s name is the first to pop into your head when you see a number, it has to be his to own. 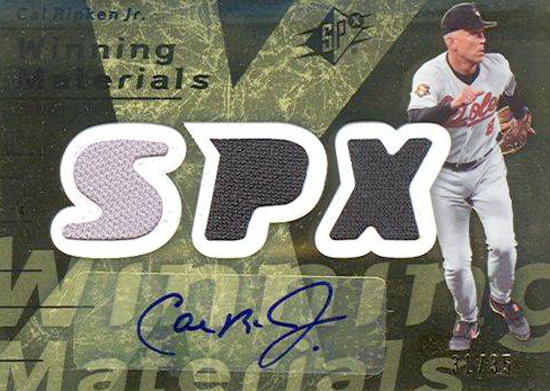 No. 8: This number is one of the first really star-studded numbers that seems to be a favorite of top players. Troy Aikman, Kobe Bryant, Yogi Berra, Dale Earnhardt Jr., Steve Young, Carl Yastrzemski, it’s a very strong list. However, when one player owns such an epic record that may never be broken, it’s hard not to give him top honors. By now you may have guessed this number goes to Cal Ripken Jr. His consecutive games streak (2,632) is simply staggering, and it means that much more considering he wasn’t doing it just for the record. He was out there producing at an All-Star level every game in every season. Ripken’s legacy is the stuff of legend, and this number should be his so that it can stand the test of time right along with his amazing record. 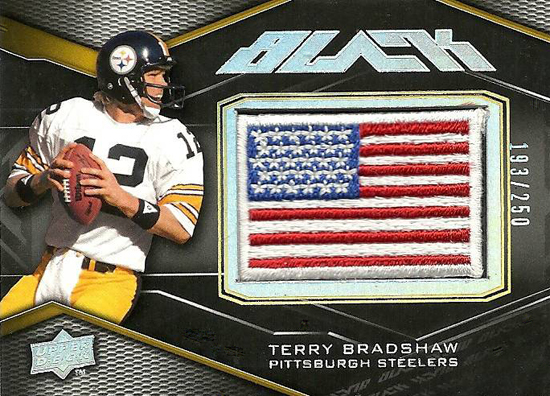 Call it the bunch of quarterbacks and Stockton number. The little Jazz man John Stockton is up against gridiron greats like Joe Namath, Terry Bradshaw, Roger Staubach, and Tom Brady. Apologies to Stockton, but it’s an NFL race here, and a close one at that. I would give it narrowly to Terry Bradshaw over Brady and Namath. They are all right there on that level where they were all successful and great team leaders, but Bradshaw gets it for having a shade more pure talent. Believe me this is not taking anything away from the other two, but Bradshaw headed one of the greatest dynasties in sports history, and while Brady has done something similar his stats suggest it was more a product of the system than when Bradshaw did it. Still, one of the tightest races for any number and considering Brady is the only one with time left to improve his stock of all these players, he may take the top spot one day. 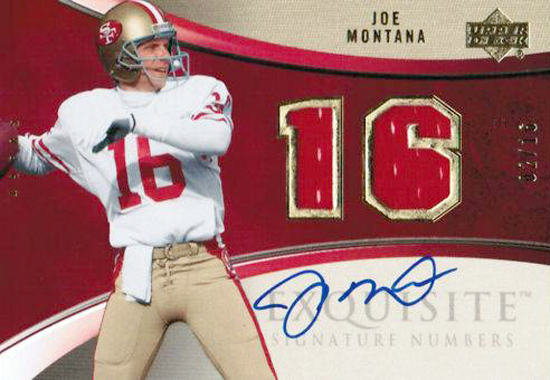 Plenty of debate over this number, and it mostly comes down to Joe Montana, Len Dawson, Brett Hull, and George Blanda. Montana has the rings to stake a claim, but I am always amazed by the greatness that was George Blanda. The most seasons played, the points scoring record, the fact that he was elite at two positions, it’s the kind of career that will stand the test of time. It’s not that Montana wasn’t a legend himself, but I want to look back decades from now and associate a number with a guy that accomplished things almost nobody else did. There have been other elite, championship-caliber quarterbacks besides Montana, but Blanda’s career seems nearly impossible to duplicate. 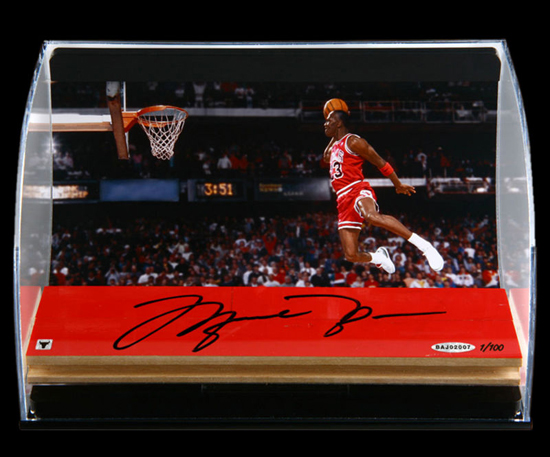 It’s Michael Jordan’s number, period. I’m actually pretty amazed that this one even comes up as often as it does. Ten years ago it would have been blasphemy to question who owns this number. The thing is, everyone wants to help discover and crown the next MJ. Kobe Bryant, LeBron James, for some reason fans can’t be happy with one MJ, so we talk up new stars to try and justify them as being on MJ’s level. No one has or may ever again dominate like MJ, and the LeBron argument went out the window the day he decided to “take his talents to South Beach.” He can win 10 titles in Miami but he will do it with more help than MJ ever had and yes, I know the latter had Rodman, Pippen, etc. Still, it’s not even close, and it probably never will be. It’s also worth noting that these days most people pick #23 as their jersey number simply in honor of Jordan, and that’s something that can’t be said for many other numbers, at least not on a massive scale. Guys in other sports even do it. This one is about as set in stone as it gets. Other numbers may switch owners over time, but not this one. Michael Jordan = #23. 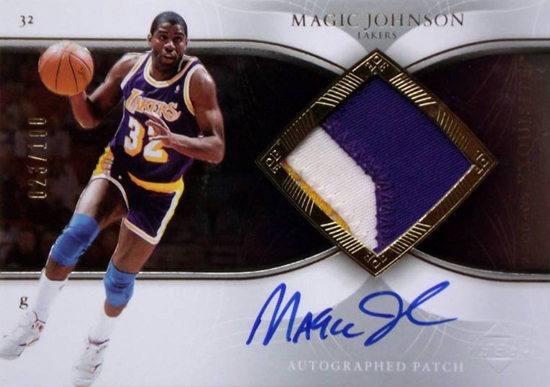 Wow, where to begin? It’s the big one folks, the one that if you had a schoolyard game featuring teams based on jersey numbers, the #32 squad would probably win it all. Magic Johnson, Jim Brown, Marcus Allen, Julius Erving, Franco Harris, Sandy Koufax, Bill Walton, and that’s not even a complete list of true contenders. It’s deep, very deep. I’d probably take Koufax, Johnson, Brown, and Erving to the Final Four, and then it gets very close. Probably Brown and Johnson are the top two, and I’d probably give it to Johnson for his success with titles and the way he made his position such a threat. The way we view elite point guards as scoring and assist machines is really because of him, so he has that ability to stand the test of time. Also with all due respect to Brown, as new running backs come along some of the best do approach his stats and talent level, so again if you imagine this decades from now the line between Brown and Magic may be more defined. 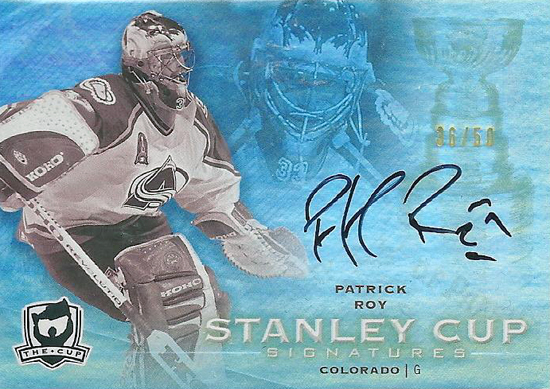 It’s appropriate that this number follows the very strong #32, because it’s one of the few that can challenge #32 for being the most star-studded number. You have Patrick Ewing, Sammy Baugh, Tony Dorsett, Larry Bird, Kareem Abdul Jabbar and Patrick Roy. This may be the toughest one yet as many of these players are not just considered great, they are considered to be the greatest. And when you think about the greatest, you have to pick Patrick Roy who is widely considered one of the greatest NHL goalies of all-time. He has four Stanley Cups and pretty much ever other award or accolade a goalie can have. With the Canadiens and the Avalanche he carried his teams and led them to victory. And he’s got a pretty sweet nickname as well, “Saint Patrick.”

Whew, some tough calls there! As always it’s open to debate. Post a comment if you agree/disagree or have another really hot number that needs to be debated!


Cool blog, but what about #99? Only one great wore it and no one else will touch it. I think a commentary on that needs to be included!


What about Lou Gerhig for # 4


dont forget 99, 77, 66,42,
those numbers come to mind and there are some very important names asscoiated with them


I agrre with Matt. You’ve got to have Gretzky’s 99 he owns that number in every sport. For twelve I think of Roger Staubach, # 8 I think of Alex Ovechkin. I agree with 23 and 16 though.