I grew up collecting trading cards because my father and brothers collected trading cards. I liked players like Bob Horner because I read on the back of his card he hit four home runs in a single game and George Foster because he had really cool sideburns. My brothers all had their favorites as well and the names would change based on a variety of nonsensical factors that makes being a kid so great. I can still remember asking my Dad who his favorite player was and the reason why I remember it so well is because I always got the same answer: Jackie Robinson. 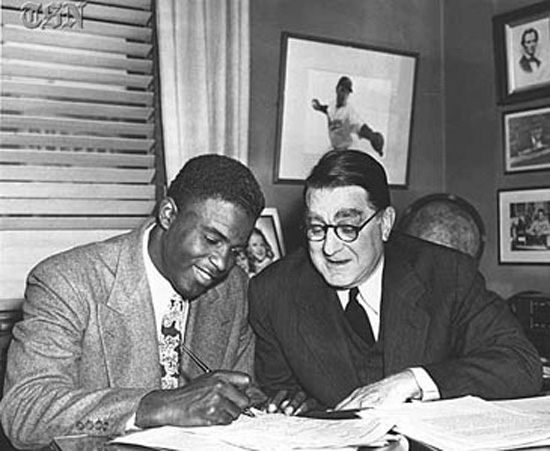 He would tell me the stories about Jackie and what he overcame, but I was so young I really did not realize the gravity of it all. To a kid, the idea that you weren’t allowed to play baseball because of the color or your skin just seems silly, which it really is. Robinson’s contributions to the sport of baseball and society as a whole became more amazing to me as I grew older learning about prejudice, bigotry, civil rights and black history. There are so many life lessons you can learn by reading about Jackie, and one of the biggest I think is to never give up.

We’ve had our share of challenges at Upper Deck as of late, but like Jackie, we will stay the course and never give up. As I sat at my desk writing this entry I caught myself looking up several times at a memorabilia item I have hanging on my wall that I just love. It’s inspiring, but also really cool. It’s a piece Upper Deck Authenticated did back in the day that features the emblazoned nameplate from actual game-used bats. It’s very inspiring to be greeted by this Jackie Robinson keepsake each day as I open the door to my office. 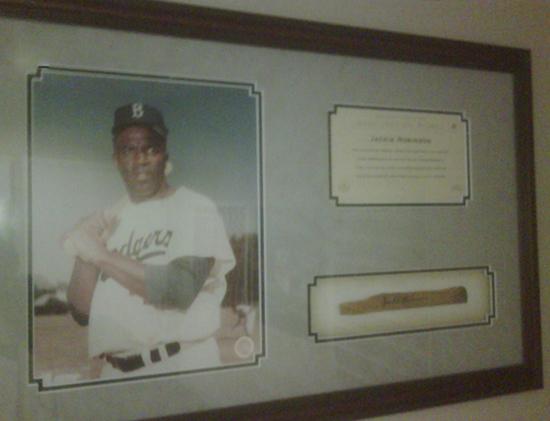 Today as we celebrate Jackie Robinson Day I encourage you to take a moment to pause and just think about his impact on the world. It’s amazing to think about how different things would be today if he didn’t come along when he did or if someone else would have been the first player to break the color barrier. Would Tiger Woods be allowed to play at the Masters? Would Barack Obama have been elected President of the United States? What else would be different? These are questions we probably don’t want to know the answers to.

One of the things I think that made Jackie so great was just the fact that he was such a wonderful role model. He had the type of talent that made you want to watch every game he played. He was sharp and had great messages to share. So if you don’t want to go out and learn more about Jackie, just take a moment now to read some of the words spoken by the man, one of the most influential sports figures in history.

“A life if not important except in the impact it has on other lives.”

“I’m not concerned with you liking or disliking me… All I ask is that you respect me as a human being.”

“Life is not a spectator sport. If you’re going to spend your whole life in the grandstand just watching what goes on, in my opinion you’re wasting your life.”

“There’s not an American in this country free until every one of us is free.”

“The right of every American to first-class citizenship is the most important issue of our time.” 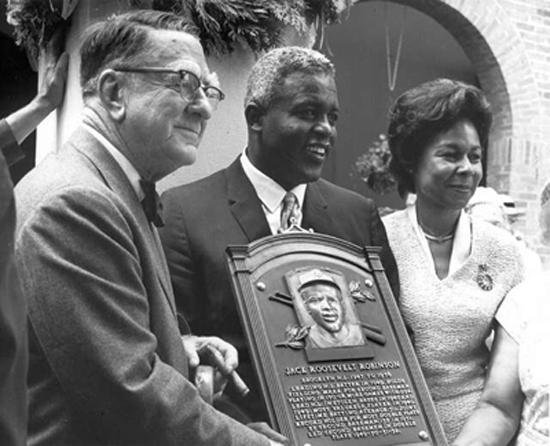 Those really are the types of statements you would expect from a leader, an American hero. It’s hard to imagine a player today of any race making statements like these, but maybe that’s what made him so special. And maybe that’s why I find inspiration every time I look on my wall to see Jackie poised to make this world a better place. Thank you Jackie!