You’ll have to excuse the glare on this one. My time was limited and I was lucky enough to sneak in: 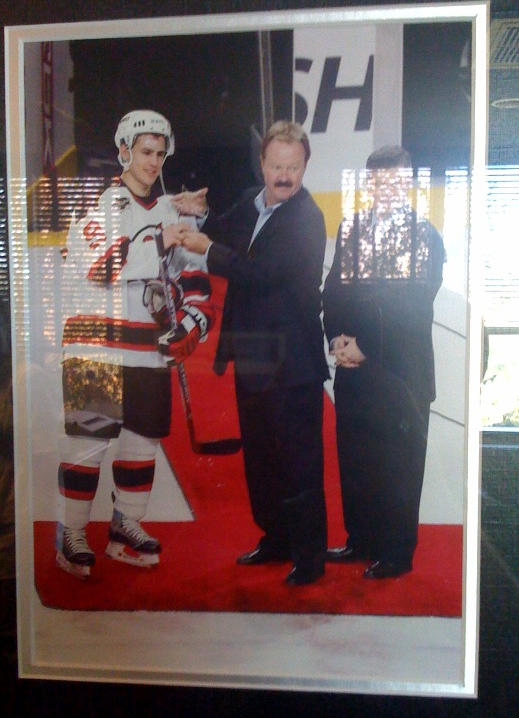 This is a picture of Richard from the 2007 NHL Young Stars Game, giving the MVP trophy to Zach Parise. As you may know, Upper Deck has the exclusive for NHL trading cards, and rookies in the league are a big focus for collectors. For that reason, we pay extra attention to the rookie class with special events like the NHL Rookie Debut Photo Shoot, which was held back in August.

When you’re at the game that  showcases the top young players in the league, and have the honor of handing the MVP of that game his trophy, it’s a perfect example of how important the next generation of NHL stars are to us.