Vs. System 2PCG: Marvel Studios’ The Falcon and the Winter Soldier – What it Takes to Make Amends

Things seem a whole lot quieter in Westview, but we’re still bringing you plenty of new cards in our next Disney+ Arc entry. Vs. System 2PCG: Marvel Studio’s The Falcon and the Winter Soldier is up next, covering a crucial matter in the MCU – the Legacy of Captain America.

With Steve Rogers no longer active, two of his closest allies are at the heart of this matter. They aren’t the only ones concerned with who holds the Shield, and all involved will be drawn together in the aftermath of the Battle of Earth. 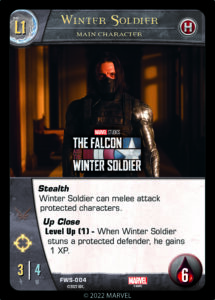 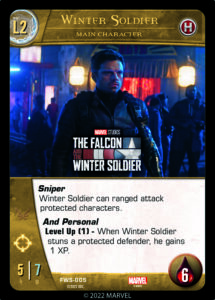 Bucky Barnes is Steve’s oldest friend, but his stolen past as the Winter Soldier still haunts him. With some help from those around him he’ll be able to take hold of his future, Make Amends, and be the hero Cap always knew he was. 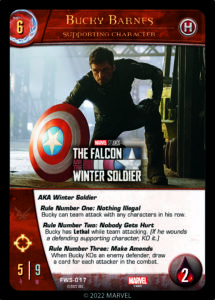 He’ll have to put his past behind him in other ways as well, like when it comes to an unlikely ally. 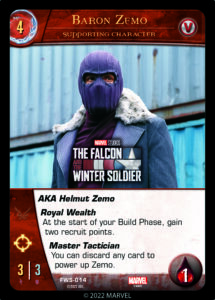 With Royal Wealth, some surprising dance moves, and his own sense of justice; Baron Zemo is crucial to infiltrating extravagant criminal underworlds and connecting with displaced refugees alike. Still, this Master Tactician has his own agenda. 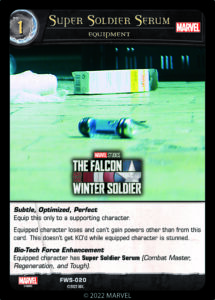 Next time we’ll be taking a look at this new era of Super Soldiers, and how they fit into Vs. System 2PCG: Marvel Studios’ The Falcon and the Winter Soldier!