Hello Vs. System 2PCG players, and welcome to a breakdown of the Midwinter Regional Tournament held earlier this year, and the overall Meta of the Second Chance format!

January 15th saw the first sanctioned, in person event in two years for the game at the Midwinter Gaming Convention in Milwaukee, Wisconsin. With 24 players in attendance representing a staggering 13 different Main Characters, the field was diverse and rounds competitive. The most represented Main Character was a newcomer to the Second Chance format from the recently released Lethal Protector : Flash Thompson/Agent Venom. 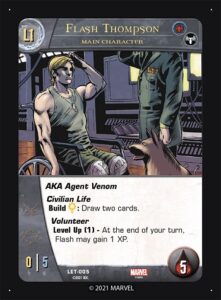 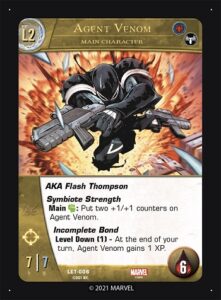 Six players (a quarter of the overall tournament) used the consistency of Civilian Life to draw into what they needed and fuel the elephant in the room – The Machine Combo. 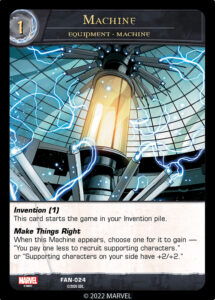 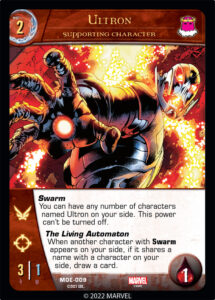 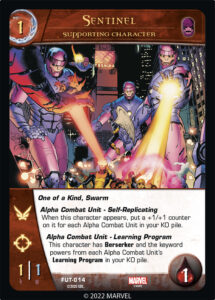 The players of Midwinter used this engine in 10 different decks, with all of them relying on the Inventor power of Frank Drake, or Forge’s Stroke of Genius to produce their pivotal Invention. 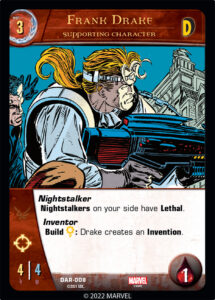 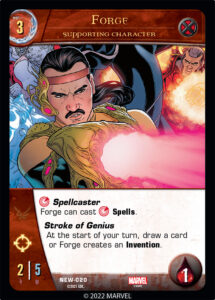 You may be asking yourself “Ok, so we can draw our whole deck, now what? How do we win?”

Enter Senator Kelly. Protect the Senator allows for an alternate win condition after two consecutive turns, but can be expedited by either of the Symbiote equipment cards from Lethal Protector and Maximum Carnage respectively. 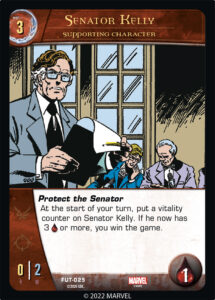 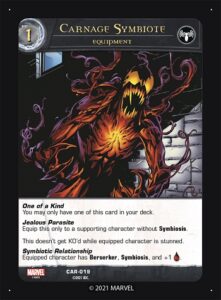 This was the outright goal of eight of the decks present that day, and two of the decks to enter Top 8. The knowledge of this win condition in the format informed how the players would respond to this format. That brings us to the other six decks of the Top Eight.

), and Venom all sought to punish combo players, and take advantage of inconsistent percentages of finding all the pieces to their combo. Each of these players were able to either outright win faster than their opponent could, or pack enough “answers” to the combo in their decks. The most common cards played to combat this strategy were *Lilith* and Boomerang. 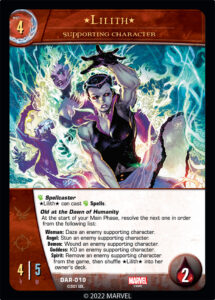 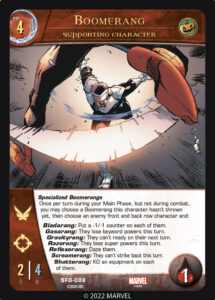 Old at the Dawn of Humanity and Specialized Boomerangs both offered ways outside of combat to daze, stun, KO equipment, and otherwise slow down the Senator’s clock. In addition, they offered ample opportunities to disrupt opponents’ plans no matter what they might be.

Two more of the most common disruption type cards seen in half of the decks played that day were the Mutant Control Act and the Inhibitor Collar. 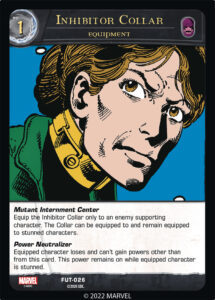 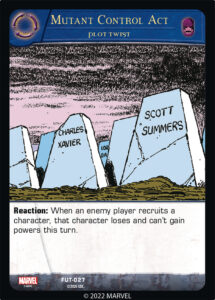 Both cards effectively do the same thing by making the character affected lose their powers, either for the turn or as long as the equipment is attached. This was incredibly important since nearly every character in Vs. System 2PCG has a power printed on it, but this only represents half of the Top Eight deck strategies.

The other half was the awareness that the games would likely go into the late game. Being able to survive and remain competitive in those later turns would be the key to victory. This was the innate strategy of both Invisible Woman and Venom. Invisible Woman would force players into the late game by giving every character in her row Invisibility. Venom would instead rely on the incredible ability to grow and heal through the use of Climb, the Queens Location, and We are Carnage! Plot Twist. 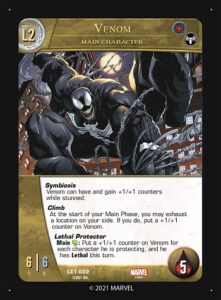 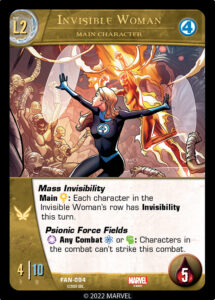 These two end game strategies served Robert S. and Mitch F. well, as they ended up facing off after ten, hard fought hours of Vs. System 2PCG to play a final match to decide the victor on the day. 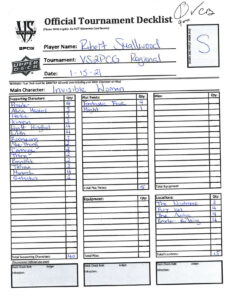 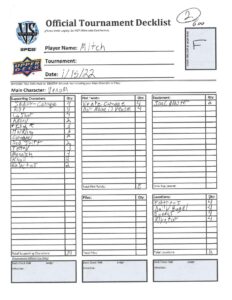 They played their first match, lasting all of an hour, and with the fatigue of the day wearing on them, decided Roberts’s single game was a good representation of how the best two out of three rounds would go. Mitch conceded to Robert, and we had our first Regional Champion for Vs. System 2PCG!

This represents a very basic analysis of the Second Chance meta through the lens of Midwinter. We have more regional events on the way, and will be detailing their trends and decks as well. Share your thoughts below or join the conversation in our Discord, and look forward to more Vs. System 2PCG updates!

Grab some additional Vs. System 2PCG Games before the next event!


It was a blast! Midwinter is for sure my favorite event!