What makes the printing plate cards so special is that they are the actual tool used to transfer the image to the card sheets. These thin metal sheets are coated with ink and then pressed against the card stock to make the card. There are four core colors used to make each card, thus four different one-of-a-kind printing plates. The colors used are known as CMYK for cyan, magenta, yellow, and black. While the plates all feature the same photo, the feature different colors, and based on how often the colors were used, they would show more wear because of that. 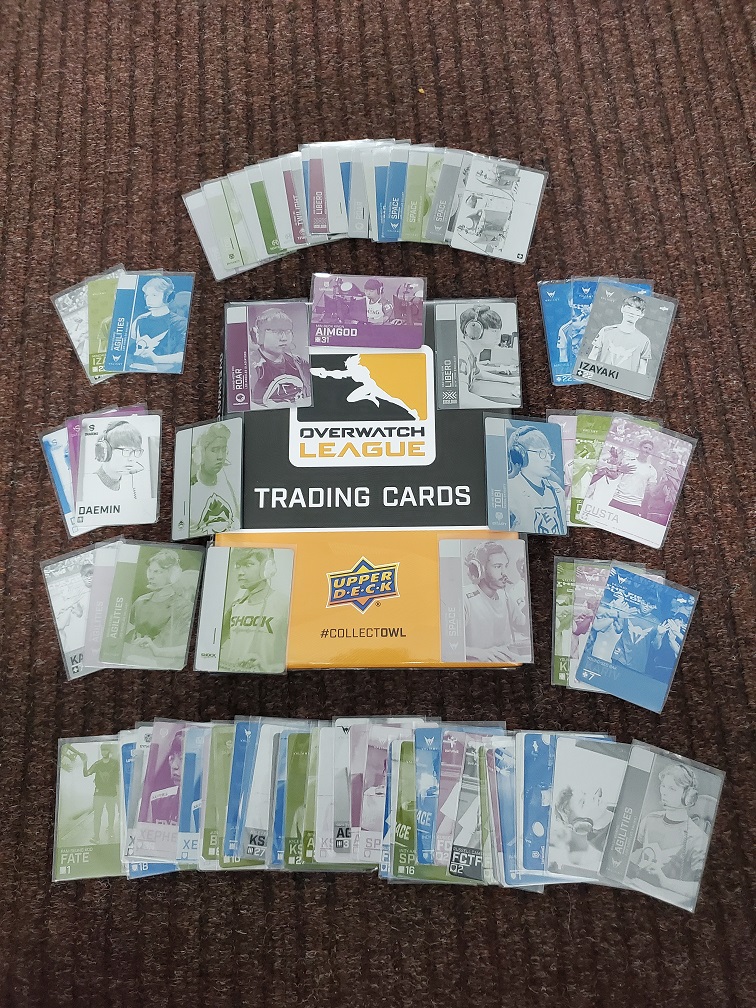 “This is really cool, I kind of like this,” Mason recalled thinking after seeing his first printing plate. He then decided he would start collecting more Infra-Sight cards to redeem for more printing plates. The best part about Upper Deck e-Pack® is that you can open packs anywhere. For Mason that even meant above a 110,000 gallon shark tank at the Aquarium he works at, taking care of tropical fish and sea turtles. I did ask if they had any carp named Carpe (after the Philadelphia Fusion player), but the aquarium doesn’t have any carp in their exhibits.

For most collectors when the set released, they would be trying to do what Mason was initially going to do: collect fragments and ink cards to complete the team ink and fragment booklet achievements. Seeing this as an opportunity, he was able to trade most ink and fragment cards he pulled for Infra-Sight cards. Since the printing plates given for the achievement can be random, he would sometimes trade printing plates for more Infra-Sight cards if it was a player or card that he wasn’t as interested in. Mason was able to get multiple Infra-Sight cards for one ink or frag card (more if it was a duo or trio), which helped him on his way to the impressive printing plate collection he has now. 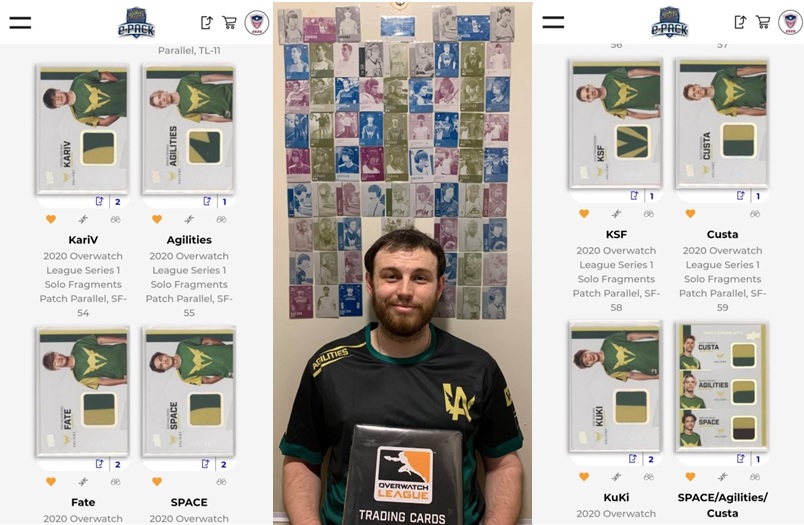 Mason and his Printing Plates, plus his Los Angeles Valiant Fragment cards on Upper Deck e-Pack®

His printing plate collection is quite extensive, but they are not the only cards that Mason collects. Some of the first cards in his collection were of the New York Excelsior. But, as a fan of the Los Angeles Valiant since the Inaugural Season, he has almost all of the cards necessary for the 2020 Overwatch League Series 1 Team Signed Jersey Achievement. This achievement awards a signed team jersey to the first four collectors who redeem all Los Angeles Valiant cards in the Epic Patch Parallel, Legendary Patch Parallel, Solo, Duo, and Trio Fragments, and All-Star Die-Cut Spectrum Parallel inserts. Currently, he’s missing three of the 22 rare cards needed to complete the achievement. Until he’s able to complete that, his favorite cards are his Scott “Custa” Kennedy and Young-seo “KariV” Park Printing Plates, as they’re his favorite players. He hopes to eventually put the team cards into a frame to properly display his cards.

Collecting the Upper Deck Overwatch League trading cards has been a way for Mason to feel more connected with the league and its players when matches were based in Los Angeles. Having been unable to attend matches in-person, he would watch the games almost every weekend online. He’s hoping that in the future he will be able to attend some live events, being on the east coast and within relatively close distance to the Boston, New York, Washington, and Philadelphia team venues. The closest he’s gotten to a live event so far was a meet and greet with Seong Hyun “JJoNaK” Bang and Dong-Gyu “Mano” Kim of the 2019 New York Excelsior. Since the NYXL cards were some of the first he’d sent home, he was able to get the players to sign a few of his cards of them. 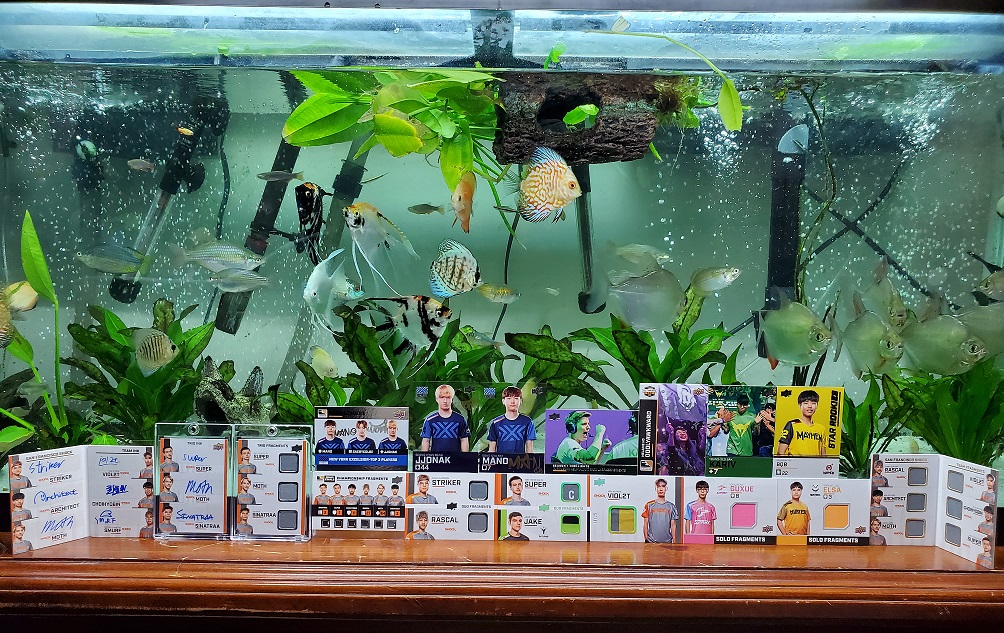 Since on Upper Deck e-Pack, you can choose which cards and when you’d like to send them home, there are still a lot of printing plates and cards Mason has stored online. It’s his hope to be able to send all of his transferrable cards home and put the ones he doesn’t intend to keep into gift packs. When he’s finally able to go to live events, he’d like to gift them to other fans. It’s something he and others in the fan-run discord often do; they like to help get items to others who would like them. Let’s just say they are collecting it forward.

Whether you just want to collect cards for your favorite team or complete as many achievements as possible, there’s always something exciting to collect on Upper Deck e-Pack®. Visit the TUTORIALS PAGE to learn more about e-Pack, achievements, trading, and collecting. Visit the UPPER DECK E-PACK STORE to get your own Overwatch League trading cards today!