This Arc features various heroes and villainous heroes featured in the Civil War comics story. After innocent civilians have been caught in a superhuman crossfire, the United States government attempts to identify and register all super-powered residents. But not everyone agrees with this plan. Iron Man and Captain America find themselves on opposite sides of the dispute as we come to the ultimate battle over right and wrong – MARVEL’s Civil War!

) team led by Steve Rogers’ Captain America. Both teams are well represented in the 200-card The Civil War Battles Issue, and the Thunderbolts Issue focuses on mostly villainous reinforcements for Iron Man’s Pro-Registration team. (Tony is getting desperate!)

Last time we looked at cards with and referring to super powers. For today we’re going to look at some characters with only keywords! 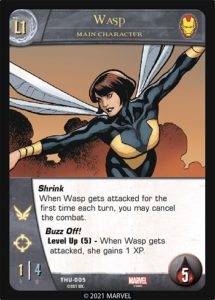 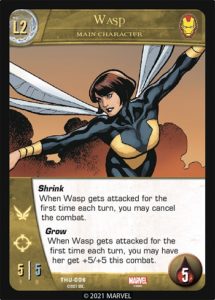 A quick note about Wasp. When she gets attacked for her fifth XP, she will level up, but it will be too late to use her Grow power (the “gets attacked” moment has passed) for that combat.

Our first supporting character sports a keyword you’ve seen before: 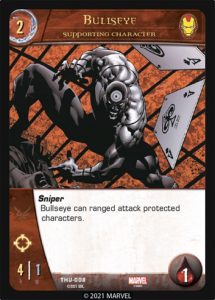 Next up, a couple of real artists. They also both have keywords you’ve seen before, but they each have a new one all to themselves! 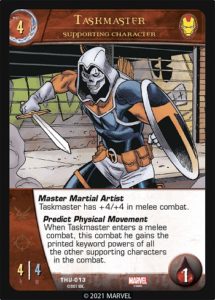 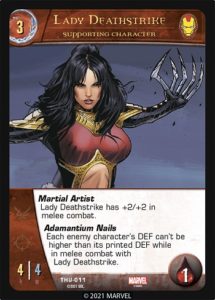 You may remember our next character made his first appearance in the recent Masters of Evil Issue. 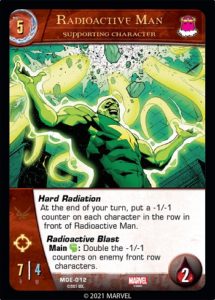 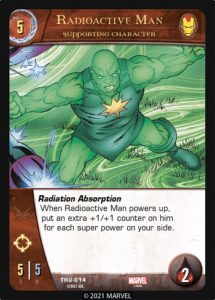 Hey, he cares about super powers! How did he sneak in this article? 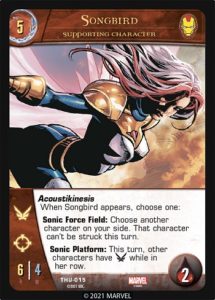 Sounds good to us!

We hope you liked the cards today and are excited for the Thunderbolts Issue in the Civil War Arc to arrive! Join us next time for more Vs. System 2PCG previews!

The Vs. System 2PCG: Thunderbolts game is now available!