Welcome back to our second preview of our upcoming Legendary® Expansion Annihilation!

This expansion has one more returning keyword, Conqueror. Conqueror appeared in Legendary®: Marvel Studios Phase 1 and Legendary®: Heroes of Asgard. It represents how some heroes become stronger when their preferred battlegrounds have been conquered. 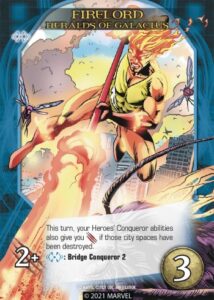 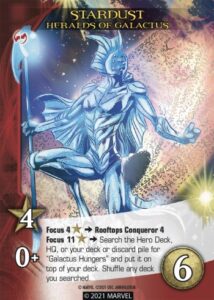 The Annihilation Wave is a fast-moving invasion force. While pushing forward, they feed on the resources of new territory, becoming more powerful. This is represented by the new “Momentum” keyword. 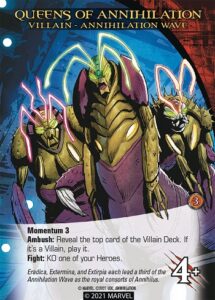 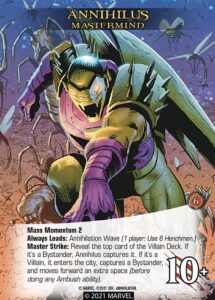 Any word on a release date yet? I just cannot wait any longer! Too excited!

Will it release in stores summer 2021? ‘cuz we kinda heard january, then a bunch of other dates, and summer’s got about 2 weeks left…

Can we at least get an idea of the actual release date?

Thanks for being so interested! Happy to say that Annihilation is available now.