Our Overwatch League™ Game Dated Moments card series continues, with a new limited-edition release each Friday at 9:00am PST on the Upper Deck e-Pack Store. This week’s focus is on highlights from Week 7 of gameplay. The cards feature Teru of the Vancouver Titans and Void of the Shanghai Dragons and will be available until Friday, June 18th at 8:59 am PST, when our next cards will be released. Collectors may purchase up to five of each Game Dated Moments card pack per transaction.*

Min-Ki “Teru” Kim of the Vancouver Titans wiped away six members of the Los Angeles Gladiators during the second map of their match on May 28, 2021. Despite the Gladiators’ attempted pincer move, Teru deployed the risky Dragonblade to great effect. His individual play wasn’t enough for the Titans to emerge victorious, however, as the Gladiators won three straight maps on their way to a convincing shutout. 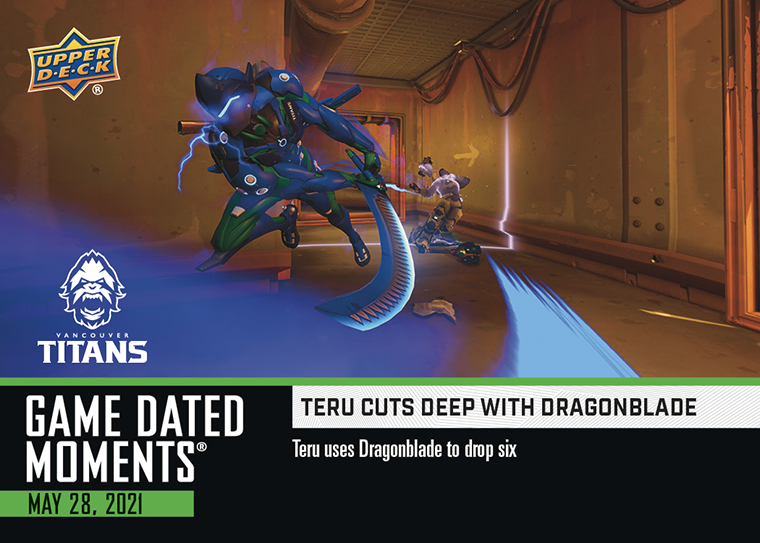 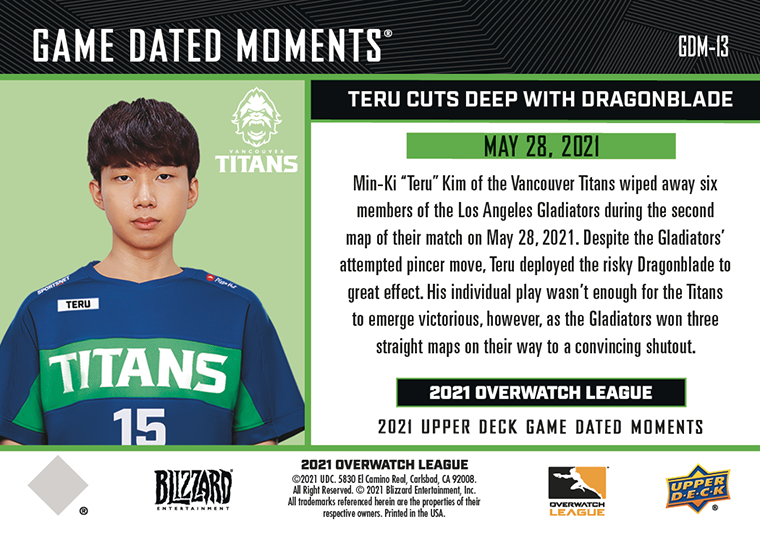 Jun-Woo “Void” Kang of the Shanghai Dragons used D.Va’s Mech to take out three opposing Seoul Dynasty players in the second map of their match on May 30, 2021. Void’s power move helped the Dragons secure Dorado, but the Dynasty proved their mettle by taking the next map. The Dragons were not to be derailed, however, and rallied back in the fourth map to prevail over the Dynasty, thanks in no small part to their off-tank. 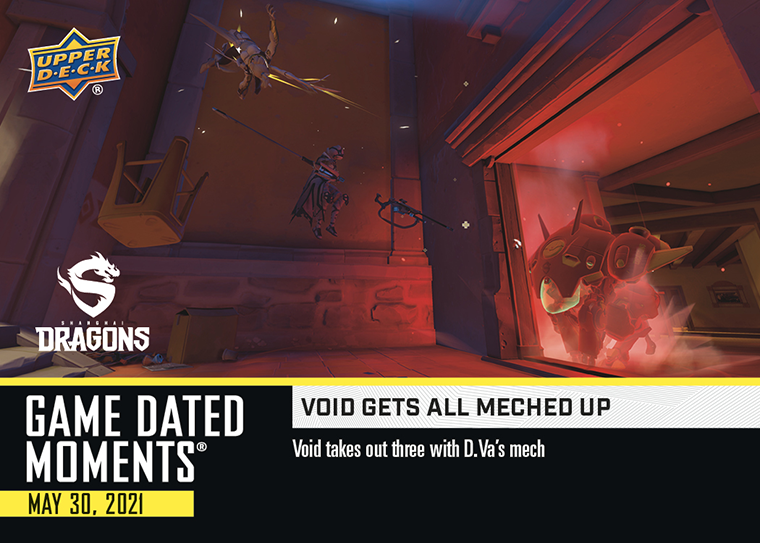 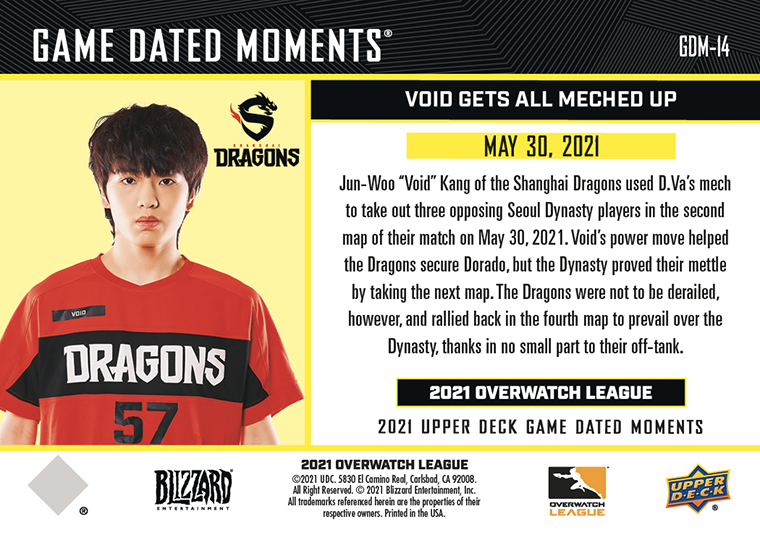 Product depicted for demonstration purpose only and is subject to change without further notice.

To redeem for Game Dated Moments Achievements, cards must remain in your e-Pack account. Cards that are transferred off the site or shipped home cannot be used for the achievements. Achievements offer rewards for completing specific sets and allow you to earn exclusive items available only through e-Pack.  Click HERE to view the Overwatch League™ e-Pack achievements.

*There is no limit on the number of Game Dated Moments packs you can purchase, but only 5 of each pack may be purchased in a single transaction. Packs will be limited to 199 packs. Packs will expire from the store the following Friday at 8:59 am PT or once all 199 packs have sold out, whichever comes first.

Game Dated Moments cards may be shipped or transferred to a linked COMC account. However, this option will not be enabled until 3-4 weeks after the corresponding packs are expired from the e-Pack store. If you have a Game Dated Moments card in your collection on e-Pack when the option to be shipped has been enabled, you will receive an e-mail from e-Pack alerting you.