Welcome to the start of previews for the Civil War Arc for Vs. System 2PCG!

Before we dive in to the previews, first we’d like to tell you about why this Issue (and Arc) is special. Vs. System 2PCG has been around for over five years now, and the game is steadily bringing in new players. But we haven’t had a recent product that was a perfect place for those new players to start their adventure. Well, now we do!

We’re calling The Civil War Battles the “The Best Place in the Multiverse to Learn How to Play Vs. System 2PCG!”

The entire product, from the iconic MARVEL characters and story, to the revamped rulebook, to the design and development of the cards, has all been created with this goal in mind! The cards are simple, but don’t worry, they’re still powerful, flavorful, and fun! So, if you’ve been curious about the game, this is the place to start!

Already know how to play? Well, then this will be a perfect Issue to teach other players how to play the game! And don’t worry, the sophistication of the cards ramps up with the 55-card Secret Avengers and Thunderbolts Issues that complete the Arc! These follow-up sets fill out the rosters of the two new teams, as well as allowing new players to glimpse more of what the game is capable of!

Now to the cards themselves!

This Arc features various heroes and villainous heroes featured in the Civil War comic story arc. After innocent civilians have been caught in a superhuman crossfire, the government attempts to identify and register all super-powered residents. But not everyone agrees with this plan. Iron Man and Captain America find themselves on opposite sides of the dispute as we come to the ultimate battle over right and wrong – MARVEL’s Civil War!

)) team led by Steve Rogers’ Captain America! Normally, in an Issue like this, one team would be Good, and one would be Evil. But the whole point of Civil War is that it’s not entirely clear who is right, if anyone. To represent this, and because the vast majority of these teams’ rosters is made up of heroes having an honest disagreement (although there are a few villains that throw down), both teams (

) are Good in the Civil War Arc.

Let’s look at the leaders first! 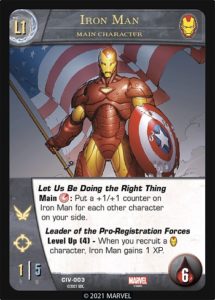 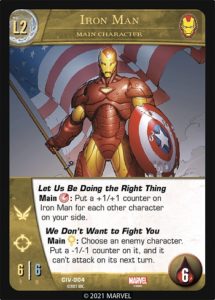 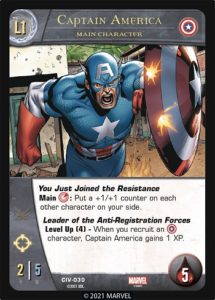 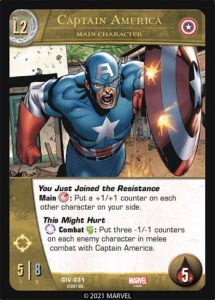 As you can see, both of their main characters care about their new teams, although in different ways, based on their personalities. 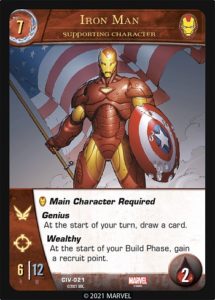 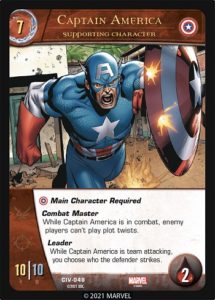 You’ll notice that both characters require that your starting main character is from their respective team. These guys are really committed!

Thanks for joining us today, and we hope you enjoyed our first glimpse into a civilized new world!

Which side will you choose? 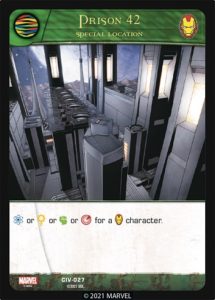 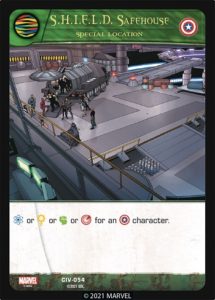 Join us next time as we peek into the allies of these two great leaders.