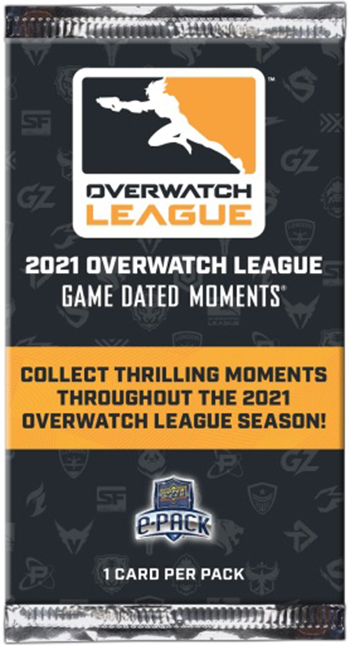 The Houston Outlaws and San Francisco Shock battled to a dead heat and then into a sixth map in their Week 1 matchup. On the ropes but not out for the count, Myung-Heum “Jjanggu” Cho, playing as Reinhardt on Havana, flanked the Shock and then dropped the hammer, knocking the Shock down with an explosive Earthshatter that put the Outlaws on top for good. 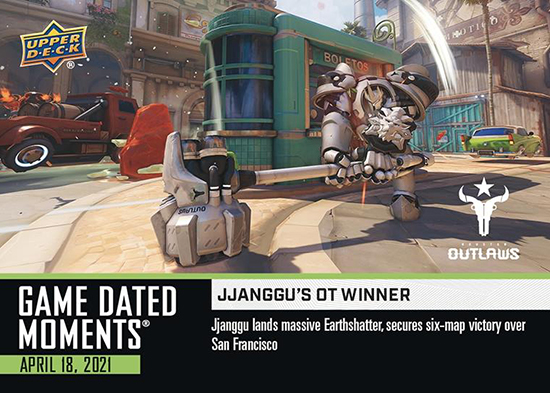 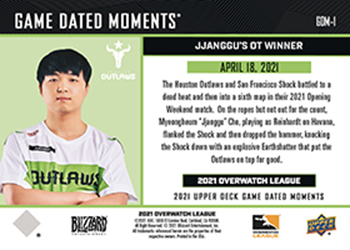 In a tightly contested match, with Houston holding a 2-0 map score lead, Jeong-Woo “Happy” Lee’s Hanzo put even more pressure on San Francisco. From an elevated defensive position on Temple of Anubis, Happy’s arrows eliminated four opposing players, including a Reinhardt. The Shock went on the win the map, but the Outlaws won the match. 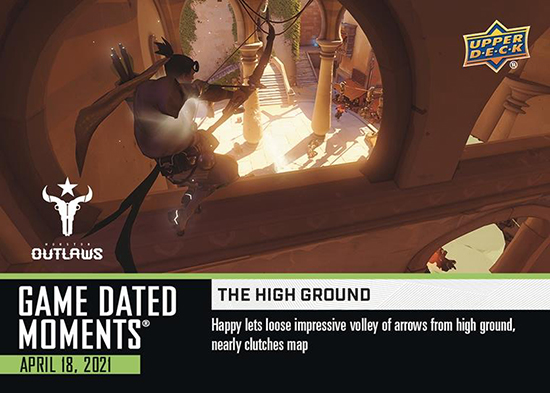 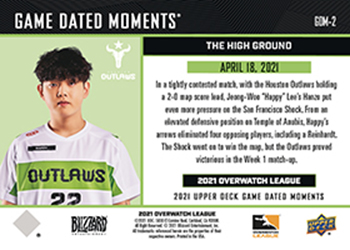 Product depicted for demonstration purpose only and is subject to change without further notice.

To redeem for all Game Dated Moments Achievements, cards must remain in your e-Pack account. Cards that are transferred off the site or shipped home cannot be used for the achievements.

*There is no limit on the number of Game Dated Moments packs you can purchase, but only 5 of each pack may be purchased in a single transaction. Packs will be limited to 199 packs. Packs will expire from the store the following Friday at 8:59 am PT or once all 199 packs have sold out, whichever comes first.

Game Dated Moments cards may be shipped or transferred to a linked COMC account. However, this option will not be enabled until 3-4 weeks after the corresponding packs are expired from the e-Pack store. If you have a Game Dated Moments card in your collection on e-Pack when the option to be shipped has been enabled, you will receive an e-mail from e-Pack alerting you.