Welcome to the start of previews for the Darkness and Light Arc for Vs. System 2PCG! This Arc features various forms of Darkness and Light throughout the Marvel Universe. This 55-card Issue focuses on one of the darkest teams in Marvel’s history: The Masters of Evil!

Let’s get things started with a man who’s so masterful and so evil, they even made the Masters of Evil team symbol look like him: 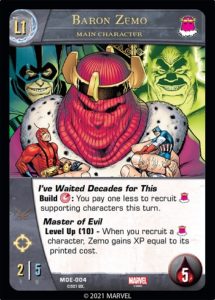 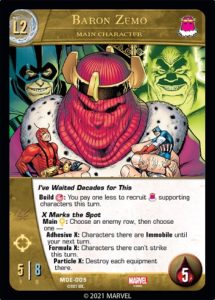 character – it lets you pay one less for each

character you recruit that turn. For example, if Baron Zemo uses that super power on turn two, you can recruit both the Melter and Tiger Shark on that turn!

You know, these guys: 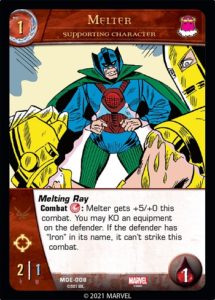 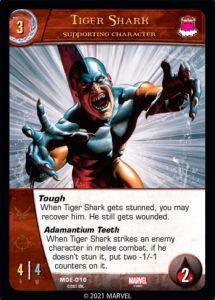 Melter is just here to melt hearts. And Iron Man. And Ironhearts!

(And Iron Mongers and Iron Patriots and Iron Fists too.)

Now let’s look at one of the Masters of Evil’s plot twists. It’s called, wait for it… 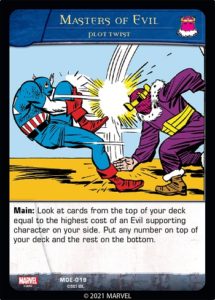 Wow this preview article has sure been a whirlwind, hasn’t it? Speaking of whirlwinds, here’s Whirlwind. 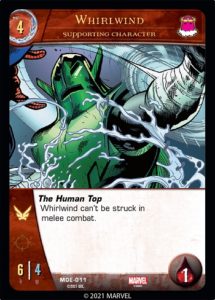 We hope you enjoyed today’s preview of the Masters of Evil Issue. Come back next time for a look at someone who’s actually not evil. (Although he may have created someone who is.)

The games begin when Masters of Evil hits stores soon.