Welcome to the final of our four previews for Crossover Volume 3, the final Issue of the year for Vs. System 2PCG. This Issue features four new game modes (new ways to play Vs. System 2PCG)! Last time we told you about Terrain and Story Mode, and this time you’ll see our final new game mode!

You might not know it, but you’ve probably seen this game mode before. From the rules:

Previously, in the Monsters Unleashed set, we introduced the 2 vs. 1 “Leviathon Invasion” mode. We have expanded this way to play with five Boss Battles: the Leviathon Mother (updated), as well as Death, Fin Fang Foom, Thanos, and Ultron.

Rules: Boss Battles use the “Free for All” game rules with the following changes:

Here is the updated menace herself and her Boss Battle card! 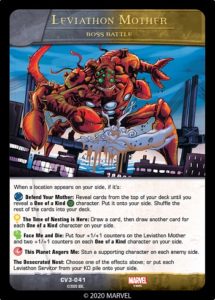 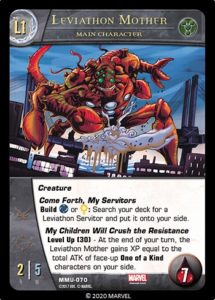 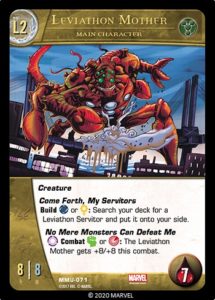 Wow, she’s been working out! Speaking of working out, here is one more Boss for your perusal: 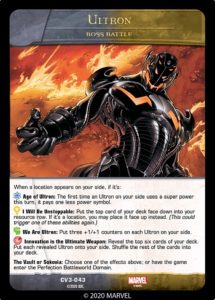 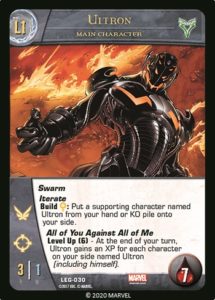 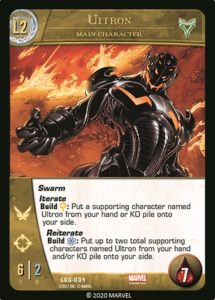 I wonder what Perfection does? 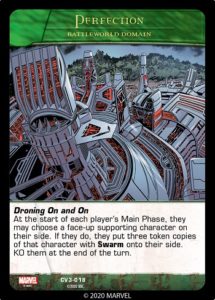 Oh! I guess perfection is a matter of perspective.

Option: For a truly gargantuan fight, two players can each choose a Boss and throw down in a Boss vs. Boss Battle! All other rules from Boss Battle remain the same, except you will need to randomize the first player, who will skip drawing cards during their first Draw Phase (as in a normal two-player game).

We’d like to mention one more thing. These new game modes can be mixed and matched as well for an epic experience. What can be mixed with what is listed in the rules sheet. For example, you can easily throw Terrain into a Battleworld, Boss Battle, or Story Mode game. Or you can play Boss vs. Boss with Battleworld, Terrain, and Story Mode!

That’s all folks! We had a blast designing these new game modes and we hope you have fun playing them! We’ll see you next time, when we look at a true Masterpiece!

The games begin when Crossover Volume 3 hits stores this December!


Boss Battles looks cool! Excited to get my hands on it!