When 9-year-old Andrew P. wrote a letter to Upper Deck with an idea for a new type of NHL® trading card, his parents didn’t expect much to come from it.  Upper Deck’s Customer Care team works diligently to not only read and respond to customer inquiries, but to take action when something interesting comes their way. That was the case with young Andrew’s letter as he shared details on creating a new type of Mirror insert card where a player would be featured across from themselves. He even put together a diagram for how it would look. 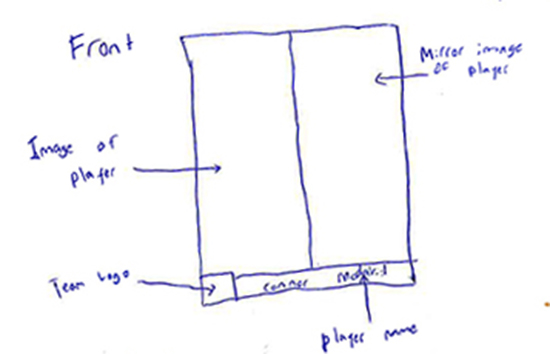 Billy Celio is the product manager for MVP Hockey and when our team shared Andrew’s letter with him, he was intrigued.

“We don’t really take submissions from outside the company on card design, especially from 9-year-olds, but Upper Deck has always been known as, ‘The Collector’s Choice,’ and we find it important to listen to our fans. Andrew’s idea was a fun one we haven’t tried before and MVP was the perfect product to try it out on.” 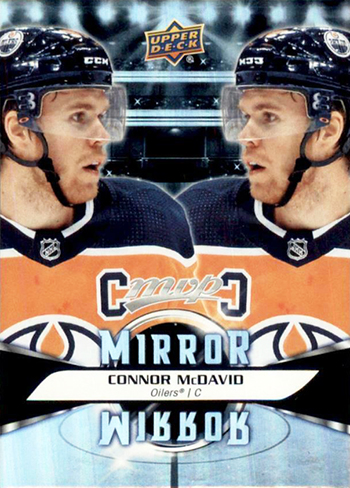 Upper Deck’s design and operations team added some unique elements to the cards as well including adding rainbow foil to the cards to give them a mirror-like appearance. 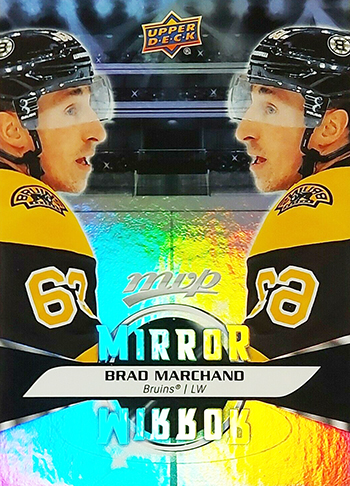 Photo variations also showcase the athlete in a different jersey facing off. 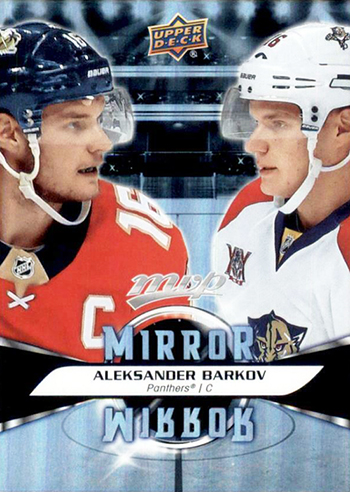 Upper Deck surprised Andrew (now 10-years-old) with a package that included several boxes of the new MVP hockey. It didn’t take Andrew long to get the foil flying as he ripped into packs looking to find copies of the cards he helped create. 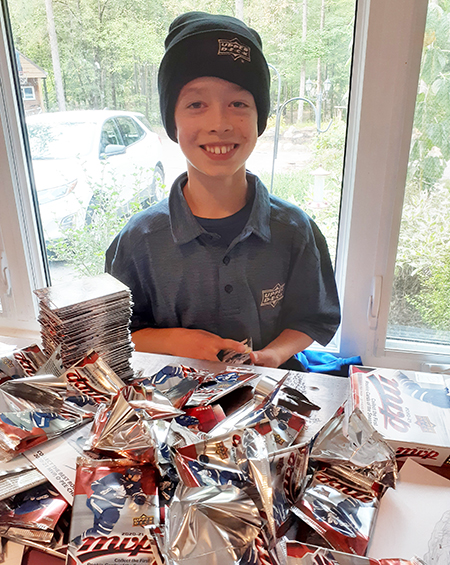 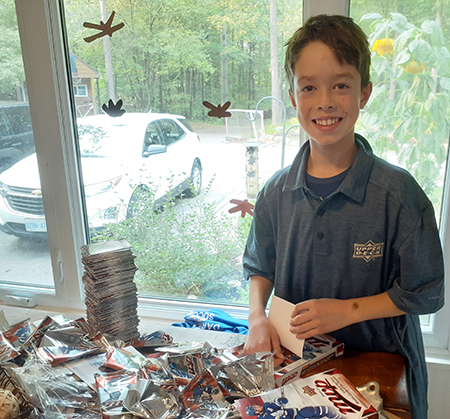 “I would like to thank you for making my card idea,” said Andrew. “It was so exciting to open the packs of cards knowing that in any one of them I could find the cards that I helped design. When I first came up with the idea, I never thought it would actually become a real card! And now they’re in thousands of different packs! So cool! Thanks again for making this happen!” 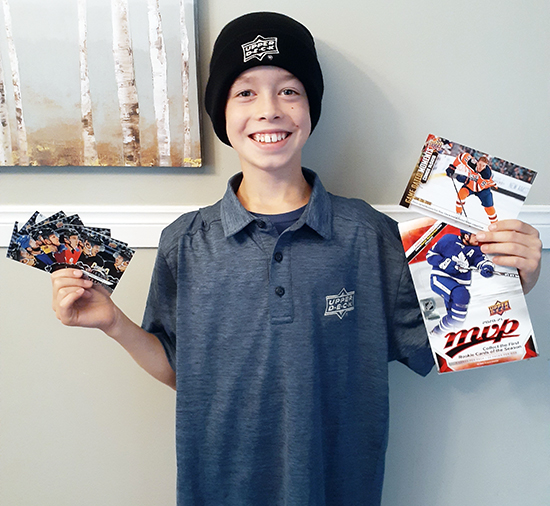 You can find Andrew’s Mirror Mirror cards in packs of 2020-21 NHL® MVP available in stores now.


Awesome Job little guy …Good Luck with the Dreams that come to life ..They really do come true!!!!!!!!!