Welcome to our fourth and final preview for Vs. System 2PCG: Futures Past. Today we’re going to look at another pair of characters from mutantkind’s dark future.

Daughter of an alternate future’s Cyclops and Jean Grey-Summers, and former Hound of Ahab, Rachel Summers sent her astral form into the past where she bonded with the Phoenix Force. As one does. 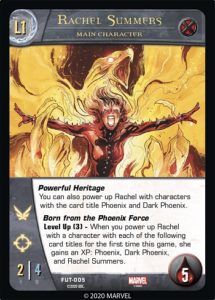 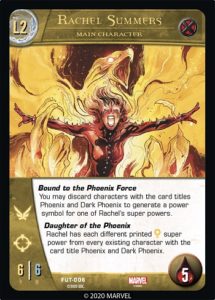 Some of Rachel’s powers refer to the “card title” of Phoenix and Dark Phoenix. This means the name at the very top of the card must be Phoenix or Dark Phoenix. (AKAs don’t count.)

Here are the cards that Daughter of the Phoenix currently refers to: 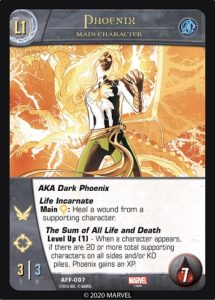 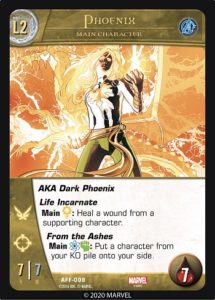 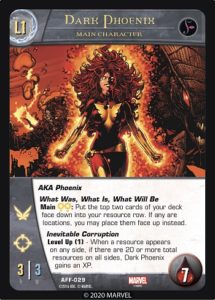 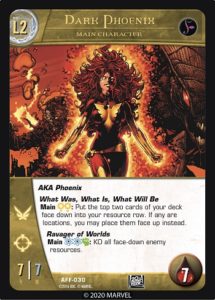 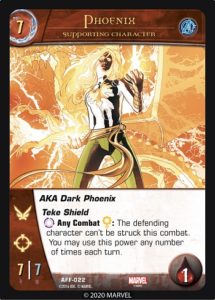 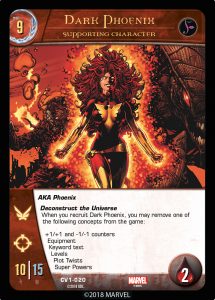 Currently Rachel gets Teke Shield, Life Incarnate, and What Was, What Is, What Will Be.

And our final preview of this Issue lets you take on the role of a mighty, time-traveling, mutant-hunting super-advanced Sentinel. 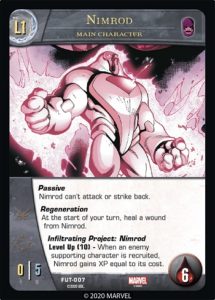 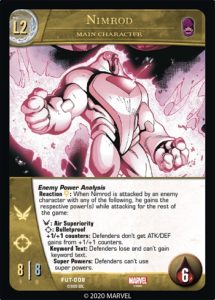 With Enemy Power Analysis, if the attacker has more than one of the listed items, Nimrod will get the respective powers from all of those items, not just one.

For example, let’s say an attacker has

and a super power. This means for the rest of the game, while Nimrod is attacking, defenders with

can’t strike him and can’t use their super powers.

We hope you enjoyed today’s preview. Come back next time when we take names and, um, do mean stuff.