Travis Moen scored a pair of goals to lead the Anaheim Ducks to a 6-2 victory over Ottawa in Game 5 of the Stanley Cup Final, making the Ducks the first California-based team to win the coveted Stanley Cup. The title was a long time coming for star winger Teemu Selanne, who eclipsed 1,000 regular-season games-played earlier in the season. Defenseman Scott Niedermayer was honored with the Conn Smythe Trophy as the postseason MVP. 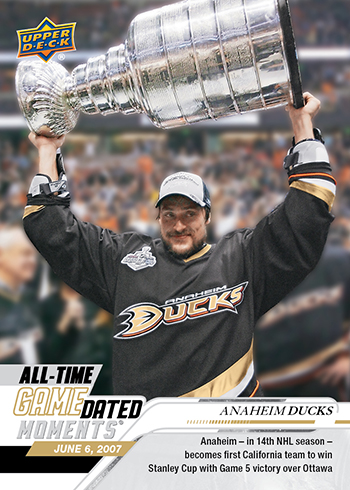 In his second year in Colorado, after more than two decades of patrolling the blue line in Boston, Borque was finally able to lift the Stanley Cup when he helped the Colorado Avalanche defeat the New Jersey Devils 3-1 in Game 7 of the 2001 Stanley Cup Final. 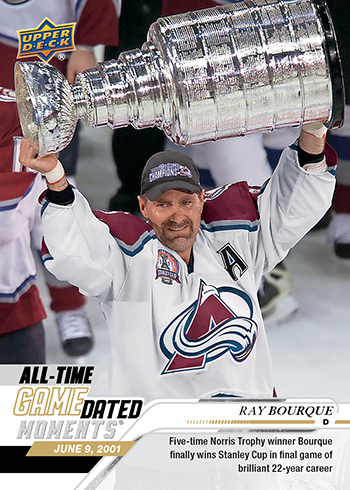