In 1978, the Montreal Canadiens completed their third consecutive championship run with a 4-1 victory over the rival Boston Bruins in Game 6 of the Stanley Cup Final. Larry Robinson recorded a pair of assists in the clinching game and became just the second defenseman to be awarded the Conn Smythe Trophy. 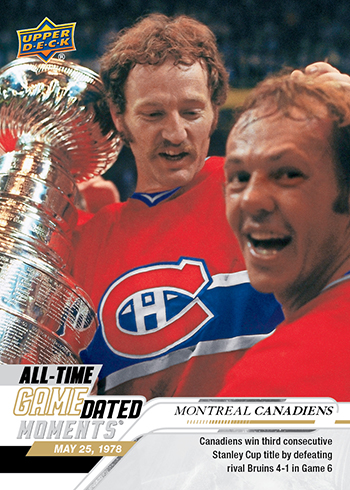 The Philadelphia Flyers successfully defended their 1974 title and secured the 1975 Stanley Cup championship with a 2-0 victory over the Buffalo Sabres in Game 6. Bernie Parent was awarded the Conn Smythe Trophy after recording 32 saves and earning his sixth postseason shutout while Bob Kelly scored the game-winning goal 11 seconds into the third period. 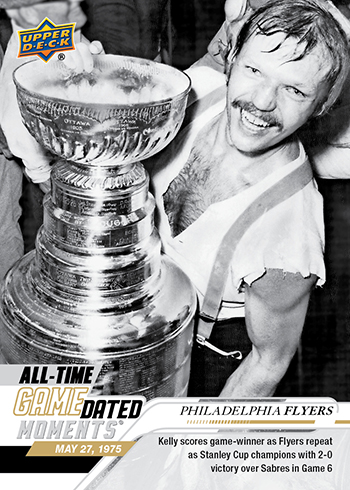