Card #75 (May 9, 2011) – Sedin Twins Set Record for Most Postseason Contests Played Together By Brothers

On May 9, 2011 in Game 6 of Vancouver’s second-round matchup against Nashville, Daniel and Henrik Sedin played in their 78th postseason game as teammates setting an NHL® record for the most playoff contests played together by brothers. Daniel scored the game-winning goal on a power play off of an assist from Henrik to give the Canucks a 2-1 victory. 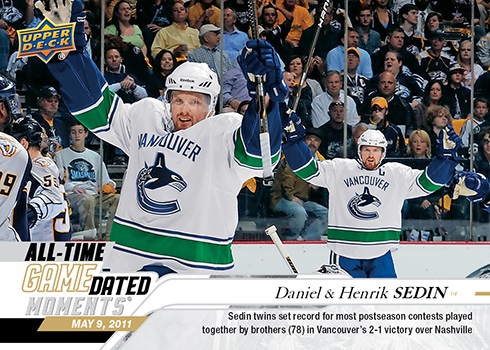 In Game 4 of the West Conference Final against the Detroit Red Wings, Modano scored the game-winning goal for his 145th career playoff point, passing Chris Chellios for most points recorded by an American-born player in Stanley Cup Playoffs history. 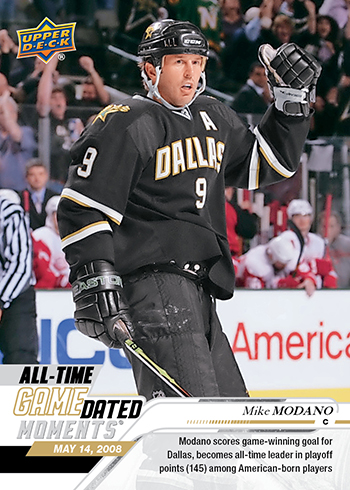 Head to the STORE to get your All-Time Game Dated Moments cards now!