Hi Vs. System 2PCG fans! Welcome to the first previews of our third Issue of The Verse Arc: Webheads!

Let’s start things off with a character who shares a mantle with two other people! 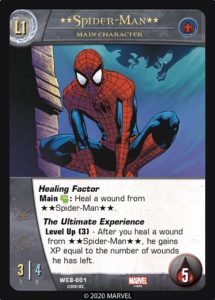 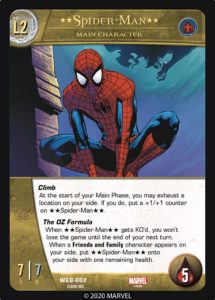 When Peter is KO’d, you won’t lose the game immediately for not having a main character. You’ll have until the end of your next turn to bring him back when a Supporting Character with the Friends and Family keyword appears on your side. In this case, put him back onto your side with wounds equal to his

Speaking of Friends and Family, let’s take a look at a couple new ones: 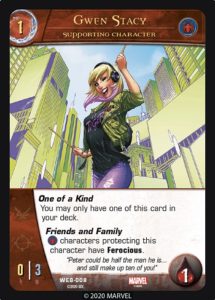 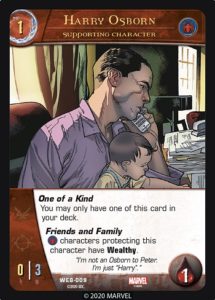 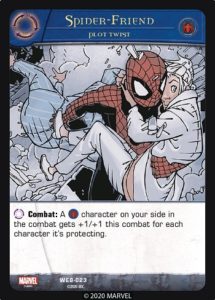 And speaking of Spider-Friends, here’s an amazing one. 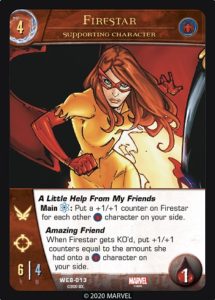 We hope you enjoyed today’s preview. Tune in next time for a transformative preview.