Upper Deck, the United Heroes League and the NHLPA Shine a Light on Some Amazing Military Heroes and Their Families

The United Heroes League is a charitable organization that is dedicated to providing military children and their families with access to sports equipment, camps, leagues and experiences. For the 2020 NHL® All-Star Weekend, they partnered with the NHLPA to bring in five deserving military families from the USA and Canada to experience the All-Star Skills Competition and the All-Star Game.

Upper Deck has always been a proud supporter of the military so we got involved to help give these military heroes and their families with a special surprise. They visited the Upper Deck booth at the All-Star Fan Fair and were treated to a variety of experiences like front-of-the-line access to the personalized card station, Puck-O games and special gift bags. 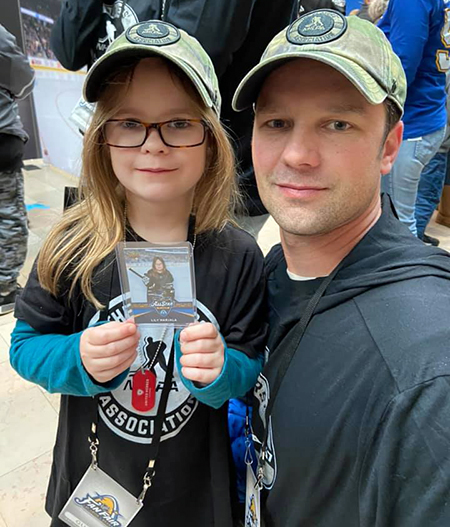 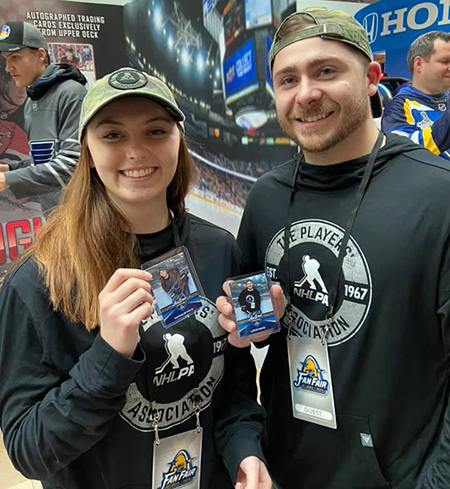 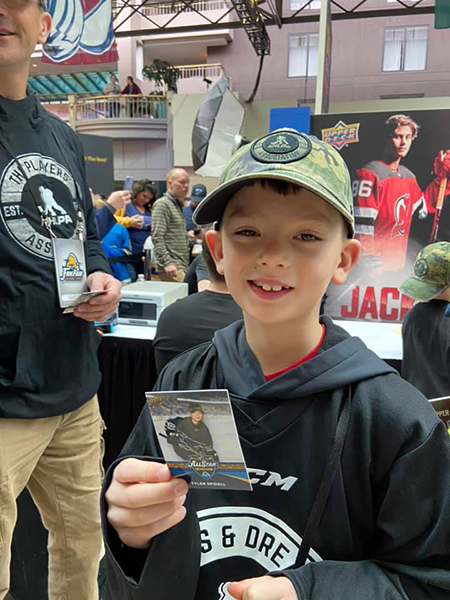 The real surprise came though when Upper Deck staff shared they had actually created a trading card for each hero and presented an over-sized version to them. Here’s a look at each card and a look at their reactions. 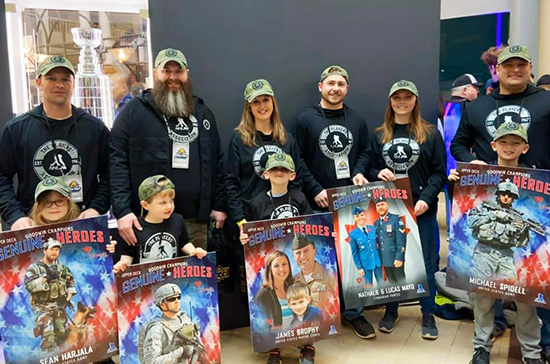 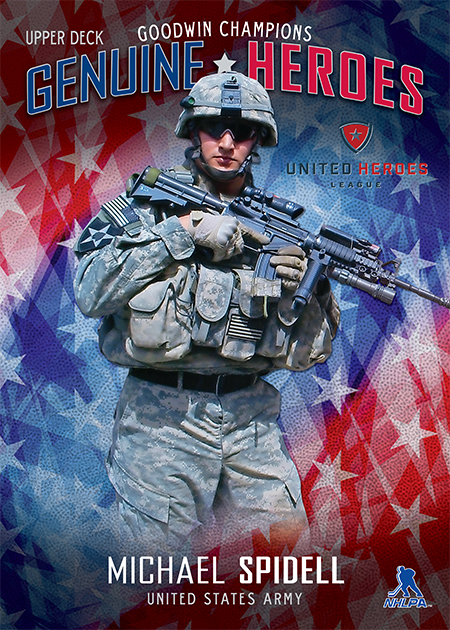 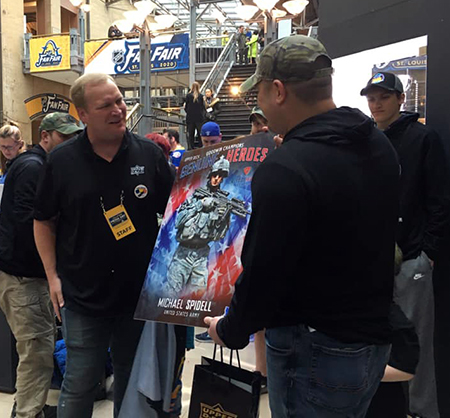 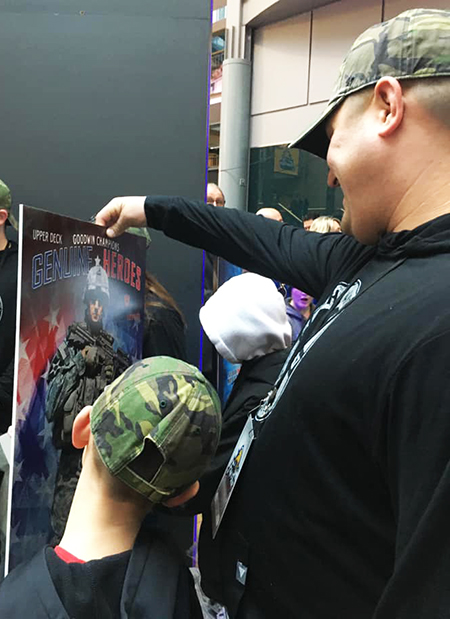 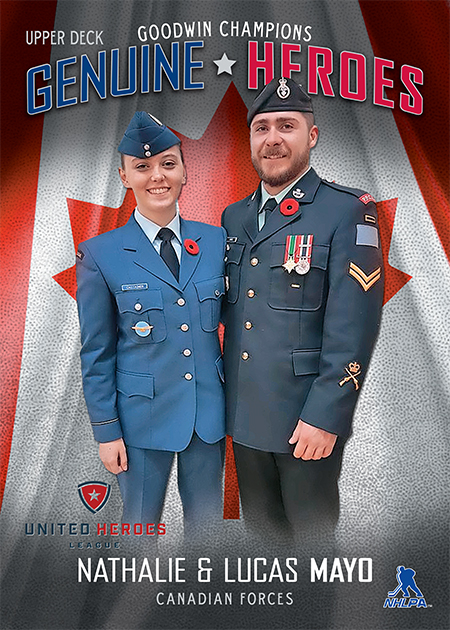 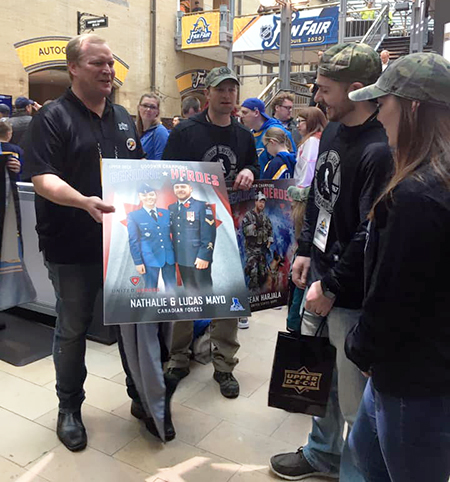 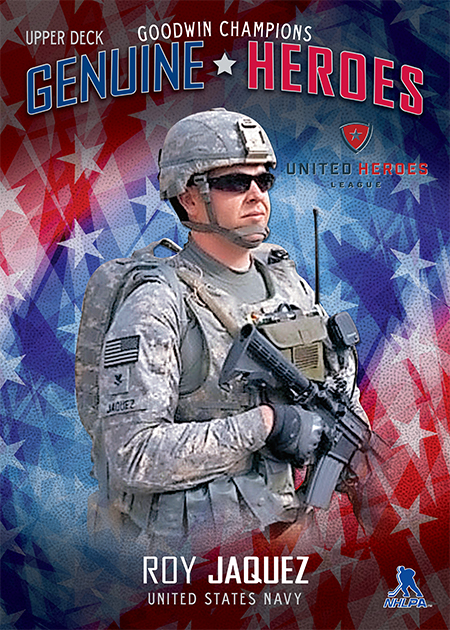 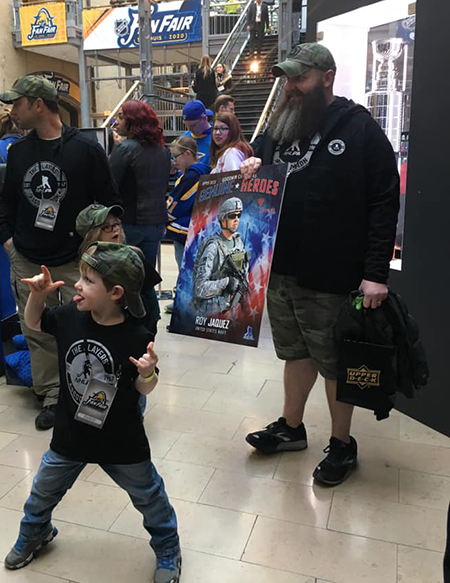 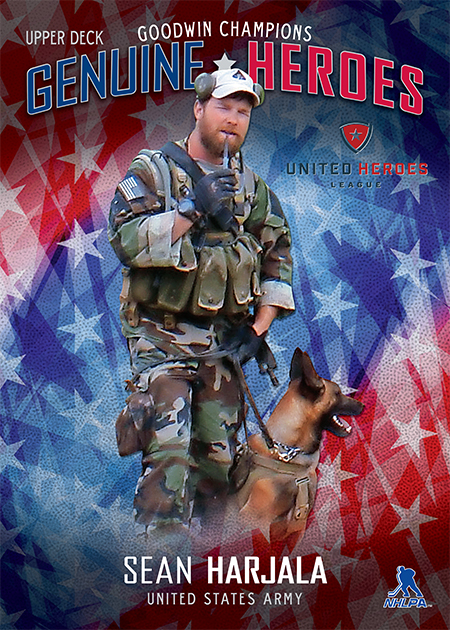 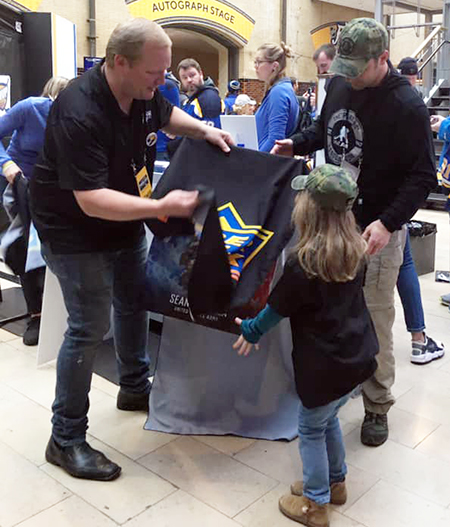 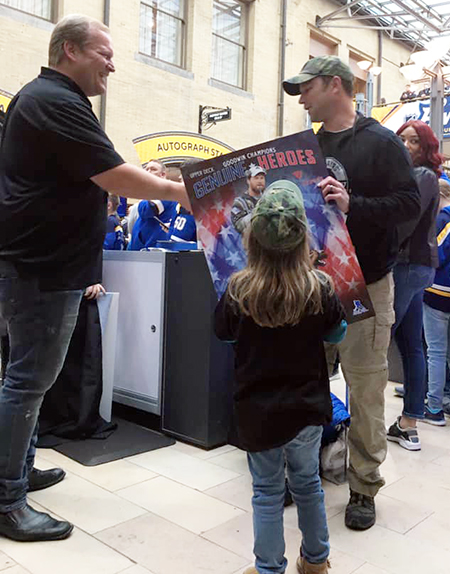 This particular card created some challenges for our team as James was tragically killed in action. His wife and son would be in attendance and we wanted to create something really special for them. We didn’t have a picture of the family all together, but our design team was able to add in their son to an image of James and his wife. The final card turned out really great. 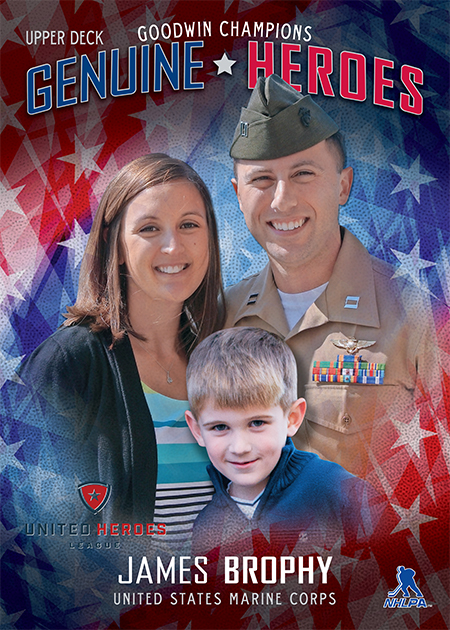 It was an emotional moment for us all when this card was revealed. 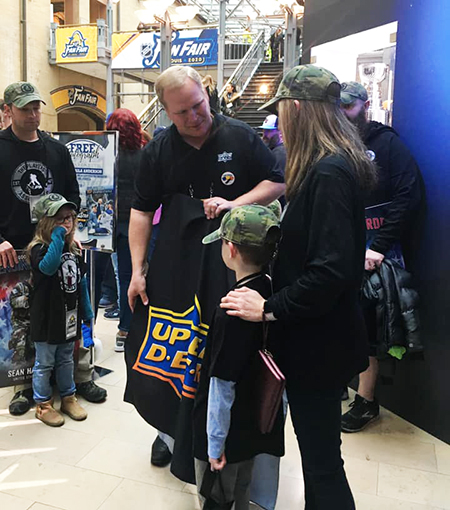 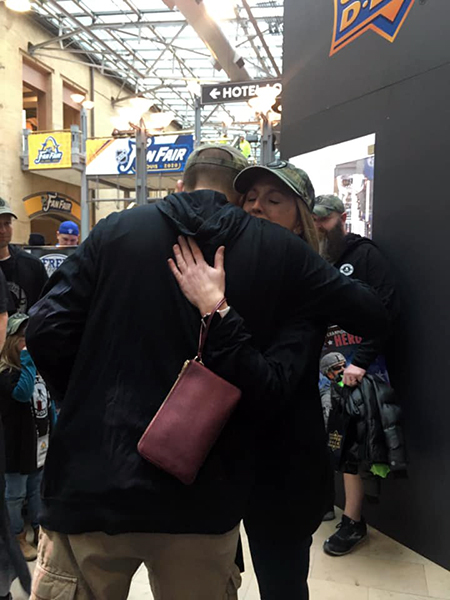 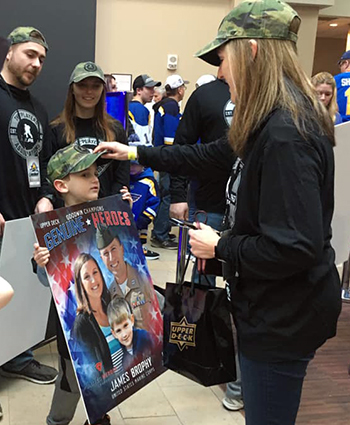 Thanks to all these heroes and families for their service and support. We were happy to be a small part of what we hope was an incredible weekend for them all. See the whole reveal here: