To unlock and purchase these packs, simply add any available hockey trading card product on e-Pack to your cart.* This week’s pack of 2019-20 Game Dated Moments cards will be available for purchase** in the Upper Deck e-Pack® Store until 3/6/2020 at 8:59 am (PST).

Rasmus Dahlin provided a bright spot for Sabres fans during Buffalo’s 7-4 road loss to the Ottawa Senators when he collecting his 80th career NHL® point, moving him into sole possession of second place on the NHL’s all-time list for points by a teenage defenseman. 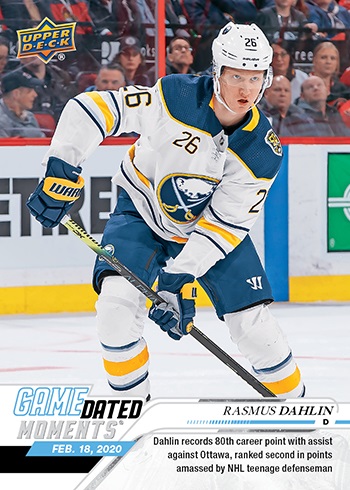 Gabriel Vilardi became the fastest player in NHL® history to score his first goal when he found the back of the net just 10 seconds into his first shift and 1:26 minutes into the game. To make his NHL debut even more impressive, he added an assist late in the second period on Martin Frk’s goal. 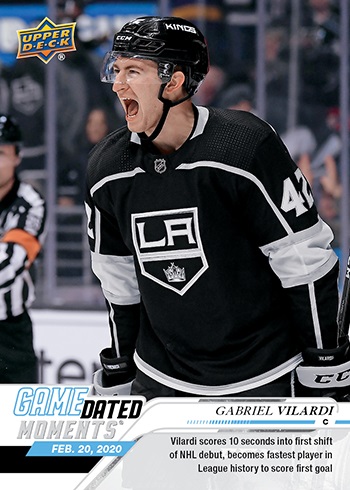 “The Great Eight” became the eighth player in NHL® history to reach the 700 goal milestone when he scored in the third period of Washington’s 3-2 road loss to the New Jersey Devils. At age 34, Alex Ovechkin is the second-youngest player to reach the 700-goal mark. 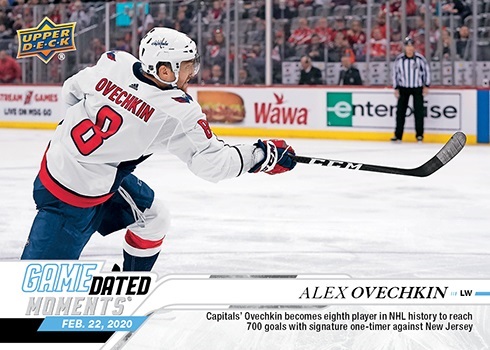 David Ayres, a 42-year-old maintenance operations manager and part-time Zamboni driver, was called into action as the emergency goaltender about halfway through the Carolina Hurricanes’ game against Toronto after both Carolina goaltenders were injured. In his surprise NHL debut, he helped Carolina to a 6-3 win over the Maple Leafs. 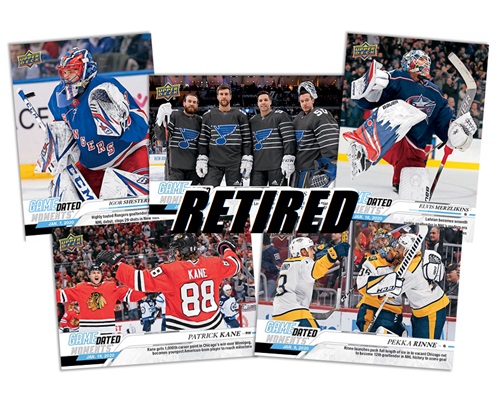