Legendary: Heroes of Asgard Card Preview – Only Those Worthy

Wielding incredible powers, Asgardians like Thor and Sif were worshiped as gods by early Norse tribes. Now they storm back to Earth to defend it from ancient, awakening threats.

Many Marvel stories involve Thor and others proving whether they are worthy of wielding Asgard’s mightiest weapons, like Mjolnir and Stormbreaker. This is represented by the new “Worthy” keyword. Some Hero cards say things like “If you are Worthy, draw a card.” 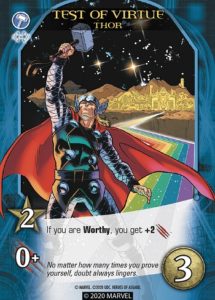 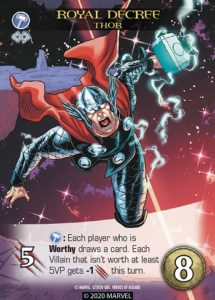 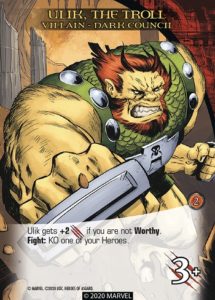 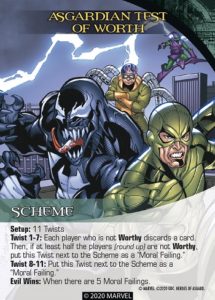 Asgardians combine magic and science to create spectacular weapons of unbridled power. These are represented by powerful “Artifact” cards that persist from turn to turn. Artifacts first debuted in Legendary®: Guardians of the Galaxy.

Some Hero cards in this set are also Artifacts. (They still count as Hero cards too.) When you gain a Hero Artifact, put it in your discard pile like any other Hero card. When you draw that Artifact later in the game, you may play it in front of you and use its effects. This means you “control” that Artifact. At the end of your turn, when you discard all the cards you played that turn, the Artifacts you control stay in front of you. 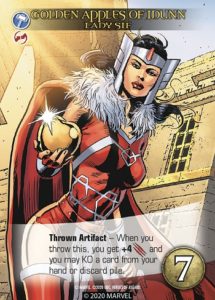 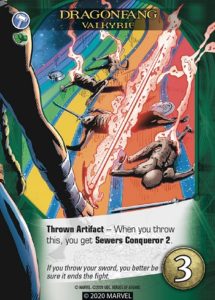 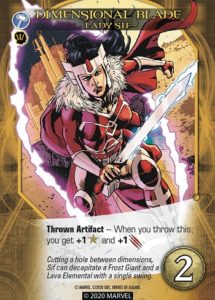 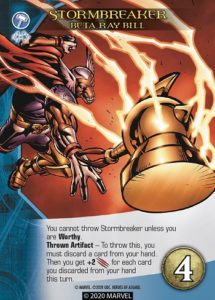 Hope you enjoyed the first preview of the Heroes of Asgard Legendary® Expansion coming February 26th. Stay tuned for the next preview as we explore the opposing ancient threats.