The inscription on Mjolnir says “Whosoever holds this hammer, if he be worthy, shall possess the power of Thor.” But Thor has often struggled with arrogance and self-doubt. At the crucial moment, will he prove worthy?

Malekith and Hela now send their followers to bring them new villainous weapons that are equal to Mjolnir’s power. These conquerors storm over the lands of Midgard, trampling the weak in their wake.

Thor struggles to prove worthy against the frost giants and on Earth. The dark world of Svartalfheim rises to smother the Nine Realms in darkness. Finally, Ragnarok threatens the final epic destruction of Asgard. 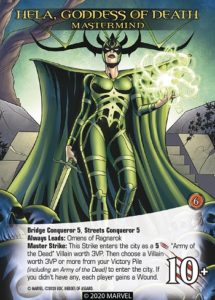 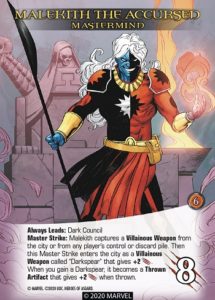 As a new twist on the Artifacts of past sets, Legendary®: Heroes of Asgard introduces an all-new card type: “Villainous Weapons.” Villains and Masterminds can capture these ancient weapons to become even more powerful. But if you defeat them, you can seize those weapons to use as Artifacts of your own. 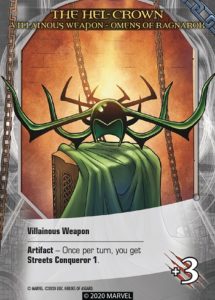 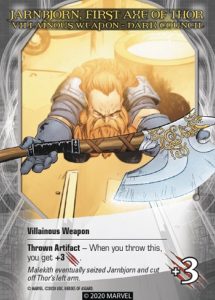 Asgard’s fiercest enemies lead legions of monsters to conquer all of the Nine Realms, including Midgard (Earth) and Asgard itself. This is represented by the “Conqueror” keyword, which first debuted in Legendary®: Marvel Studios Phase 1. Some Villains say things like “Bridge Conqueror 3.” 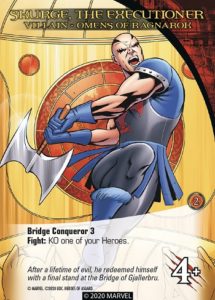 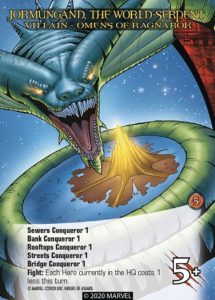 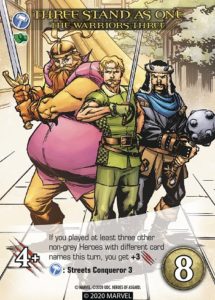 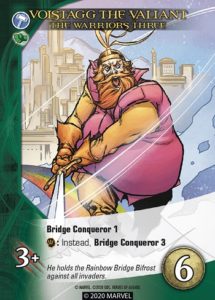 Here are a few of Evil’s schemes to prepare yourself! 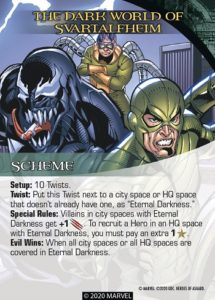 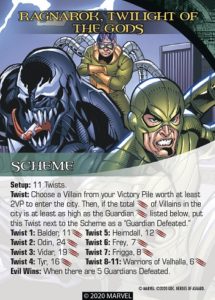 
This preview is really exciting! This is probably going to be the most thematically interesting small expansion so far. Looking at Hela and Malekith and the heroes and villains teased so far I can’t wait to play this when it’s released. We don’t know how things will play out yet, but hela and malekith might get crazy hard to beat. I hope they will prove challenging as they are comic book masterminds of significance.

Love the return of thrown artifacts and the introduction of villainous weapons seems fun and thematic as well. Keep up the good work and thanks for all the products so far!


Really pumped for the villainous weapons. Look like they are going to be fun


Jormungand and Hel looks awesome 😀 In fact, this expansion probably my next buy 🙂