To unlock and purchase these packs, simply add any available hockey trading card product on e-Pack to your cart.* This week’s pack of 2019-20 Game Dated Moments cards will be available for purchase** in the Upper Deck e-Pack® Store until 2/7/2020 at 8:59 am (PST).

The host city was thrilled to have four of their own St. Louis Blues participating in the 2020 NHL® All-Star Game, including captain Alex Pietrangelo, Ryan O’Reilly, Jordan Binnington, and David Perron. At the NHL All-Star Skills Competition™ the night before, goalie Jordan Binnington recorded 10 consecutive stops to win the save streak competition. 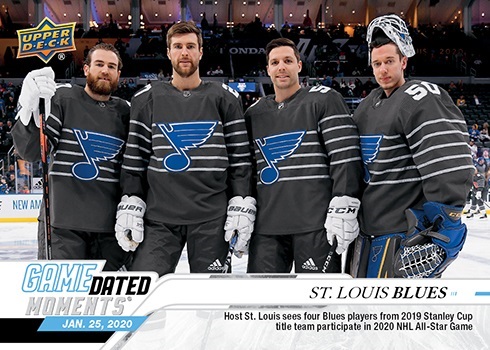 Vancouver Canucks rookie Quinn Hughes was just the fourth first-year defenseman selected to play in an NHL® All-Star game in the last 33 years and made history when he became the second rookie blueliner to score a goal in one of the league’s marquee events. Hughes found the back of the net 9:06 into the first period during the Pacific’s matchup against the Central Division. 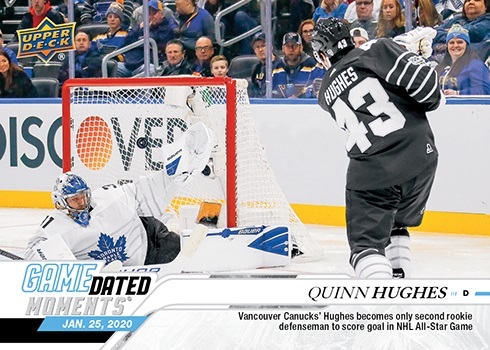 David Pastrnak, the Boston Bruins right winger, took home MVP honors at the 2020 NHL® All-Star Game after scoring four goals and two assists for a total of six points on the night. 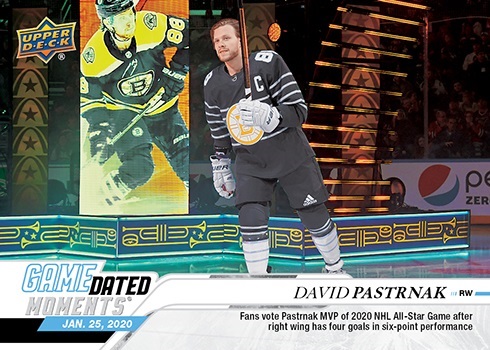 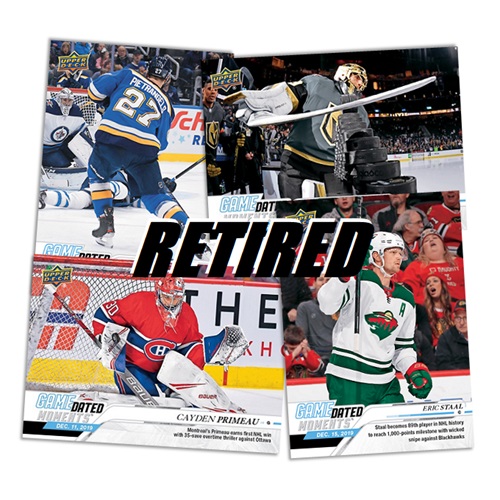