Hail, Hydra! Immortal Hydra! We shall never be destroyed! Cut off one head, two more shall take its place! We serve none but the Master—as the world shall soon serve us! Hail Hydra!

Rising from the ashes of World War II, Hydra became one of the most powerful organizations ever known. Its poisonous tentacles spend across the Earth. They will stop at nothing short of global domination. 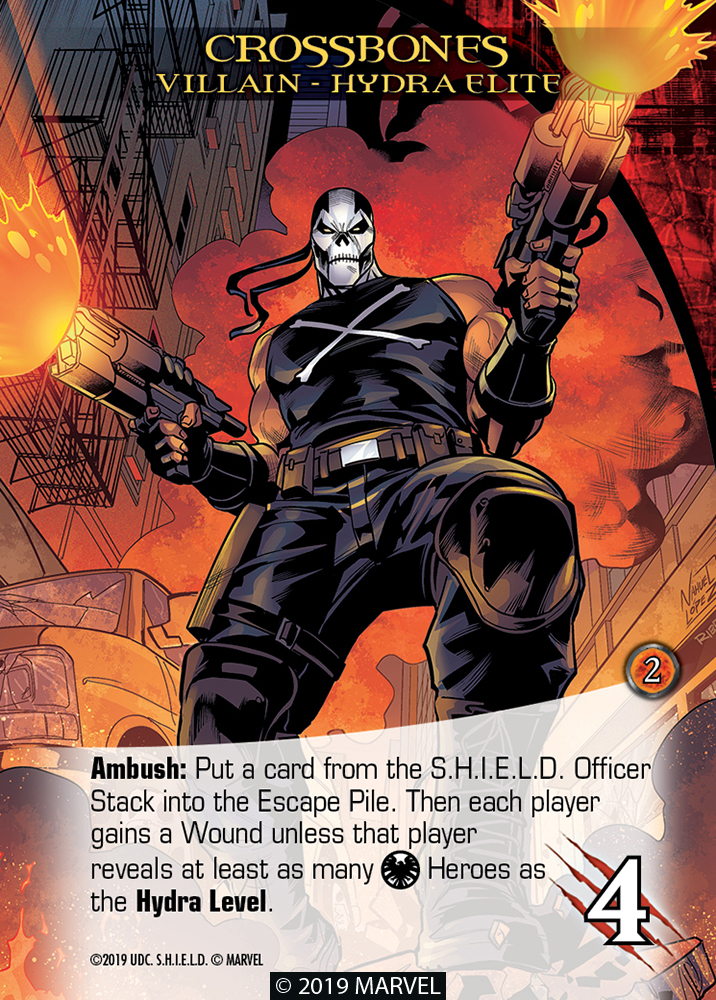 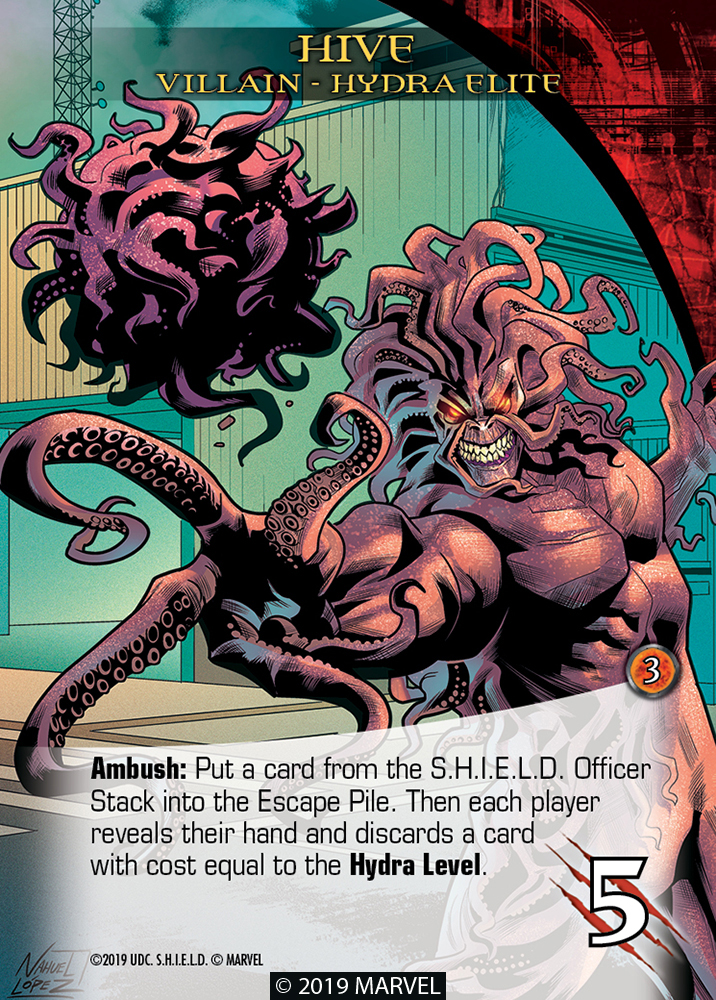 Some Villain Groups also try to rise through the ranks of the Hydra organization, achieving higher Hydra Levels and ever-greater power. To do this, they help Hydra operatives achieve their missions and escape the city unharmed. They also subvert double agents to infiltrate S.H.I.E.L.D., then escape it with key intel.

Advanced Idea Mechanics or A.I.M., is the scientific branch of Hydra made up of scientists who are as brilliant as they are diabolical. They are the suppliers of technology and arms to all manner of evil organizations. 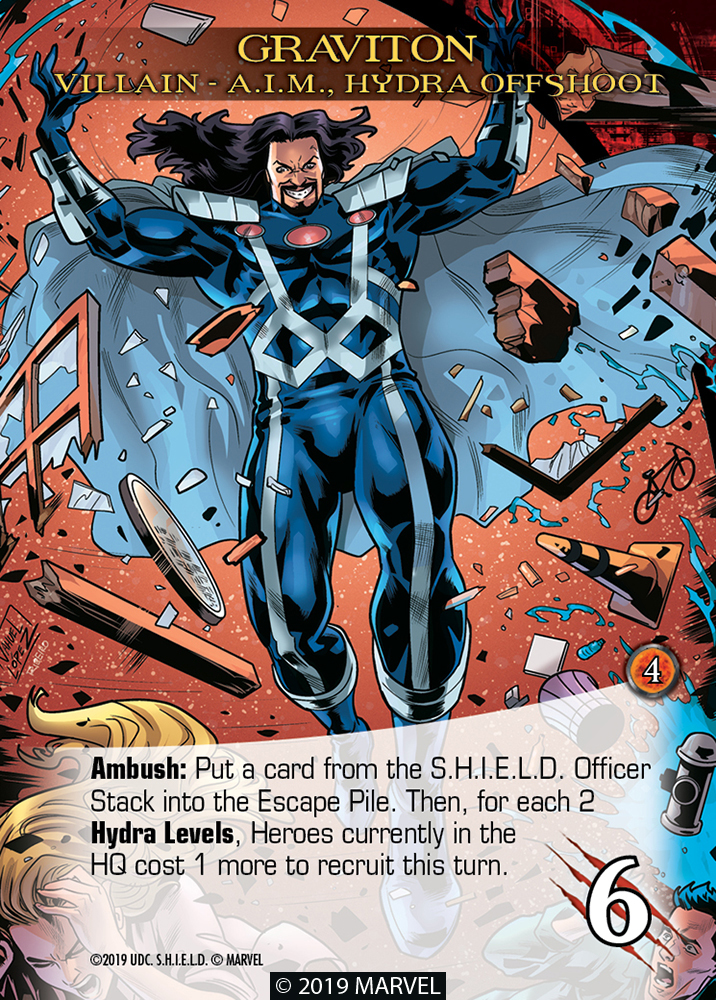 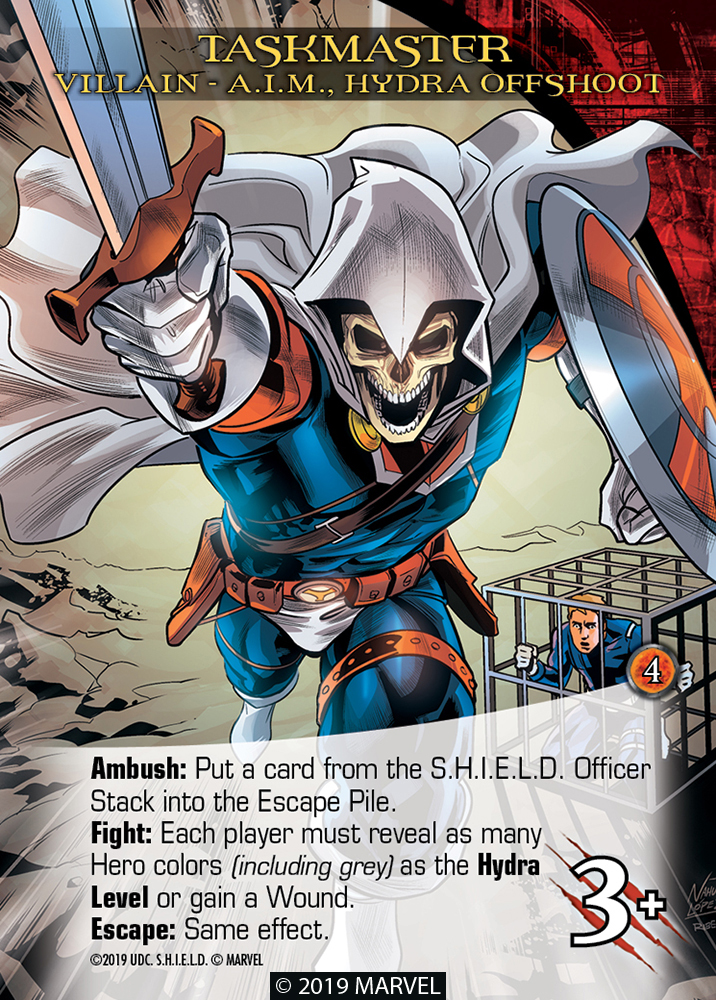 The Hydra Super-Adaptoid and the Hydra High Council constantly adapt their tactics to attack the Heroes in new ways. Accordingly, each of these Masterminds is a new “Adapting Mastermind” with 4 different Master Strikes. 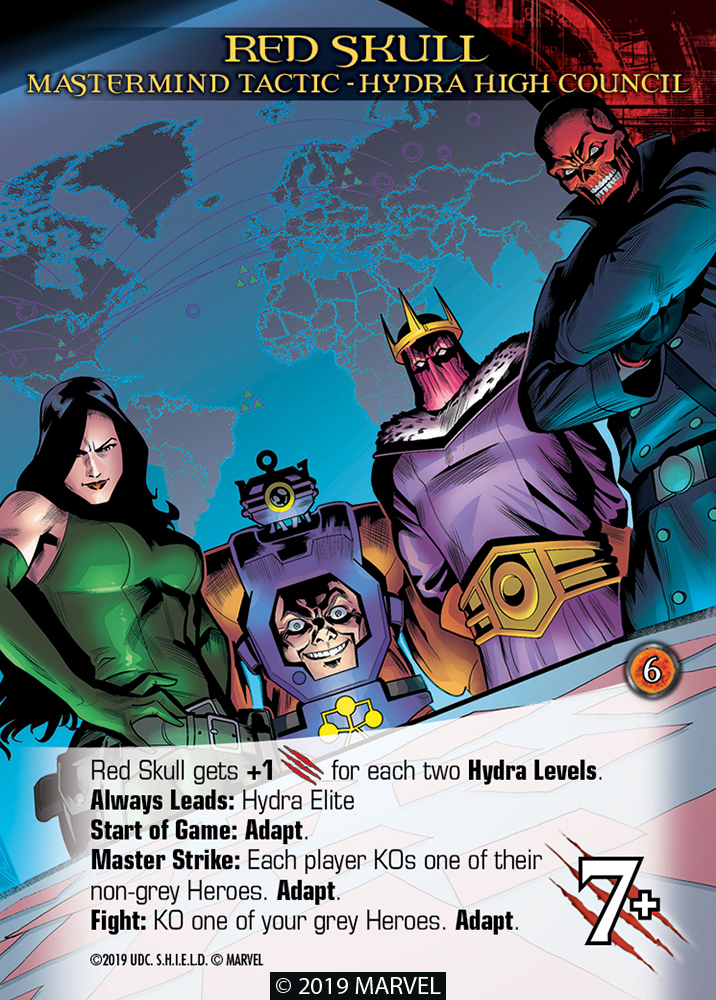 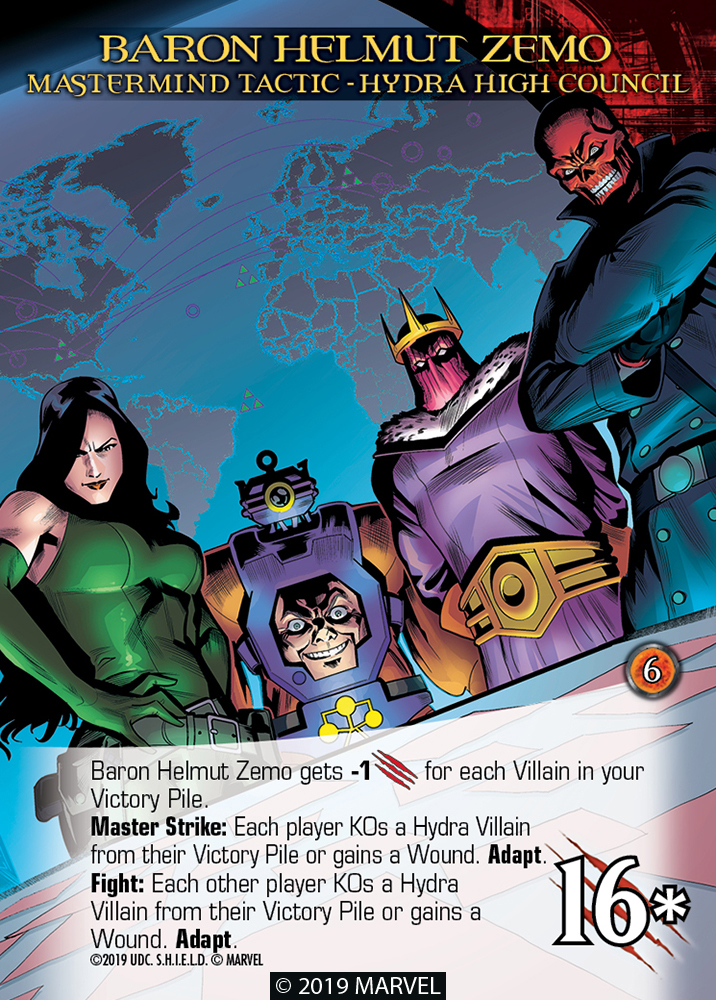 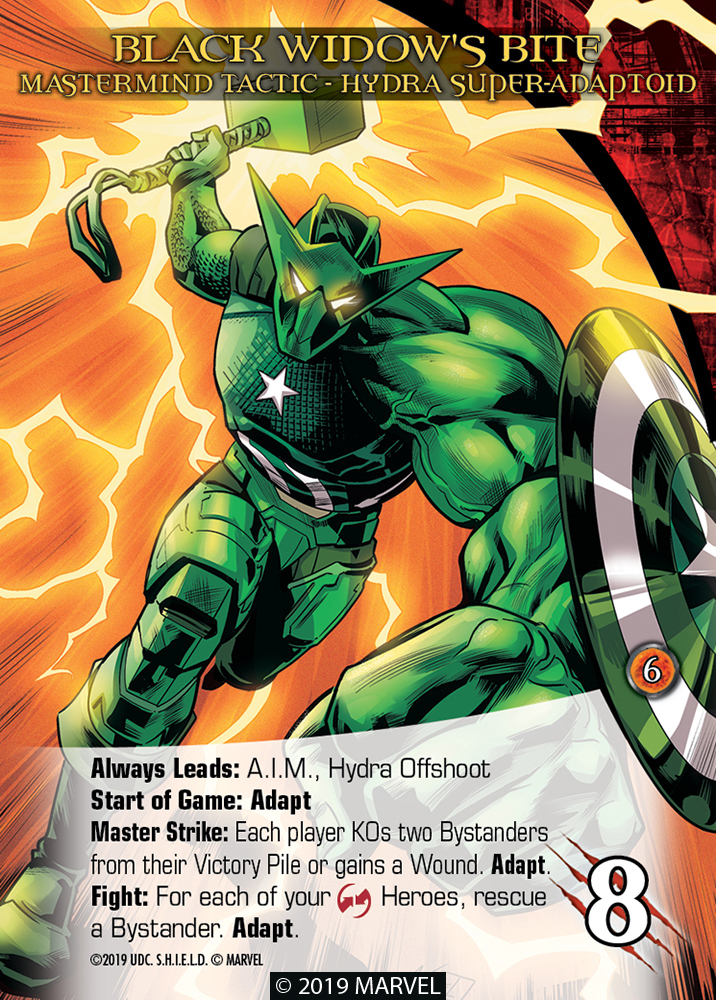 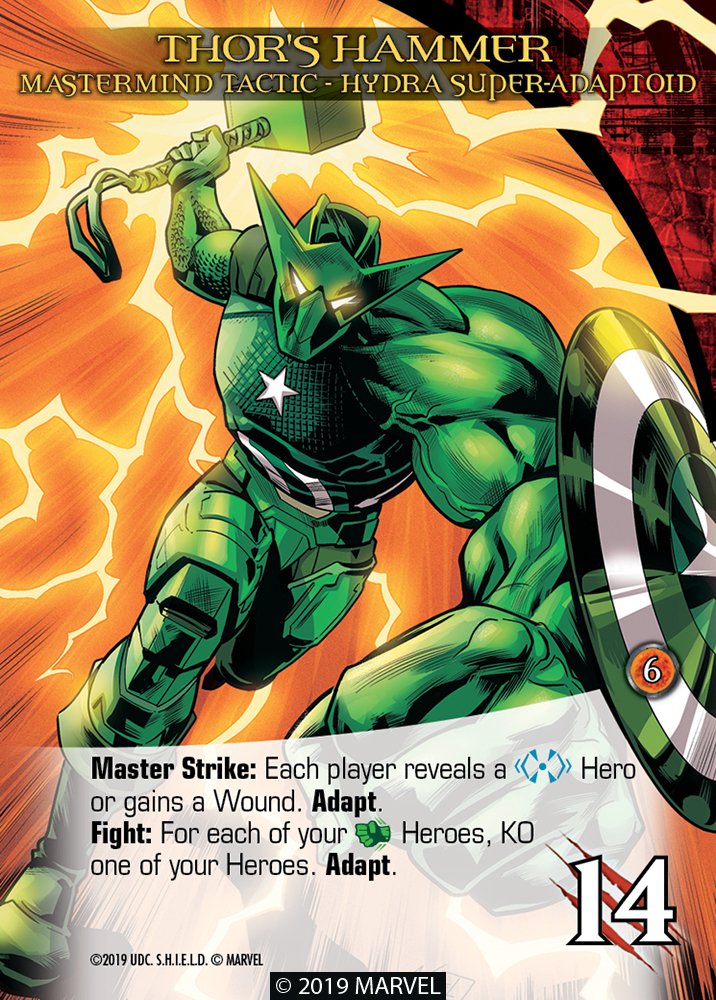 And finally here are two of the new schemes to give you one last taste of what is to come. 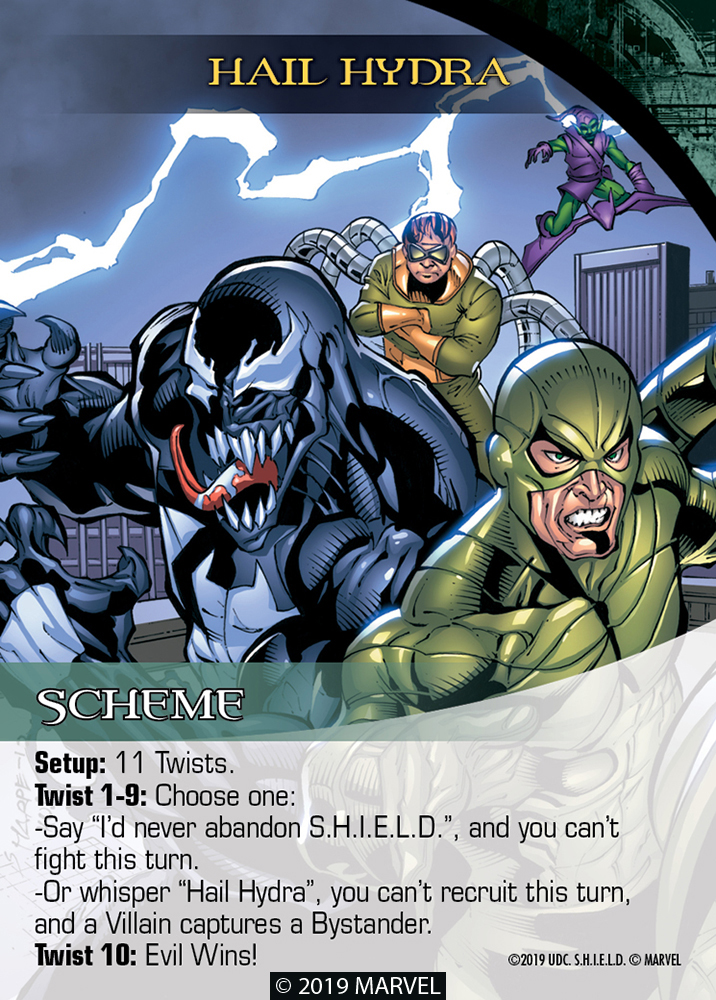 The Hail Hydra scheme forces the players to declare their allegiance. Which will it be? S.H.I.E.L.D. or Hydra, fight or recruit? 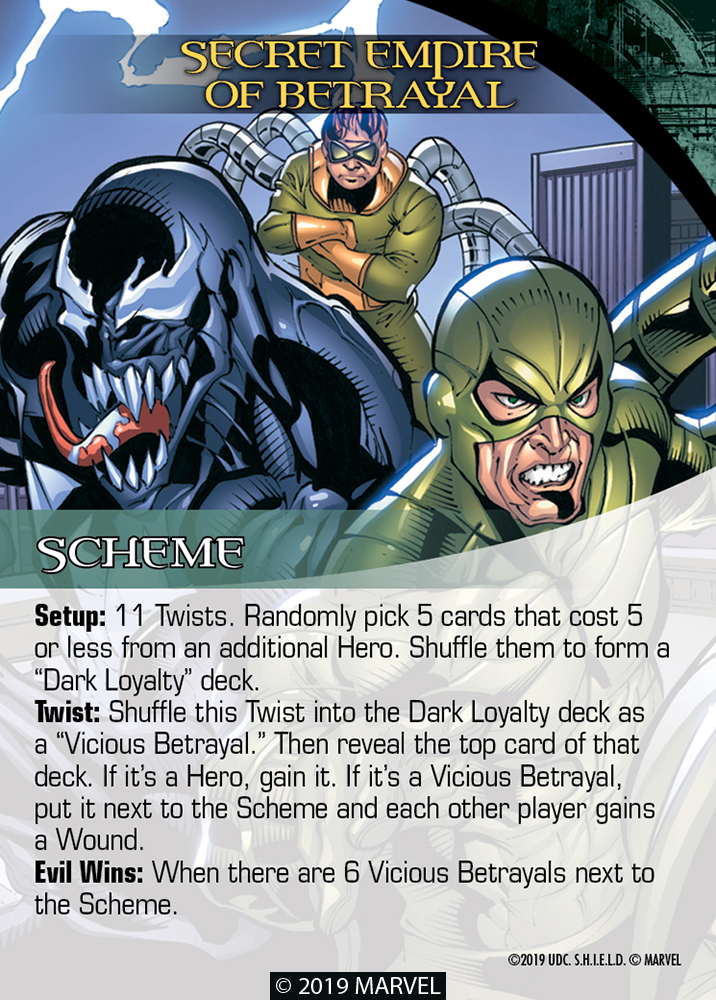 The Secret Empire of Betrayal uses five extra hero cards to form a Dark Loyalty deck. When a twist is played will you be rewarded for your loyalty with an additional hero or will you be betrayed and one step closer to defeat!

We hope you enjoyed the previews of Legendary®: S.H.I.E.L.D. It hits stores December 18!