To unlock and purchase these packs, simply add any available hockey trading card product on e-Pack to your cart.* This week’s pack of 2019-20 Game Dated Moments cards will be available for purchase** in the Upper Deck e-Pack® Store until 12/13/2019 at 8:59 am (PST).

“King Henrik” recorded his 455th career win, moving him past Curtis Joseph into sole possession of fifth place on the NHL’s all-time wins list with a 3–2 OT victory over the Minnesota Wild. Lundqvist blocked 26 of the 28 shots he faced on the night to propel the Rangers to victory. 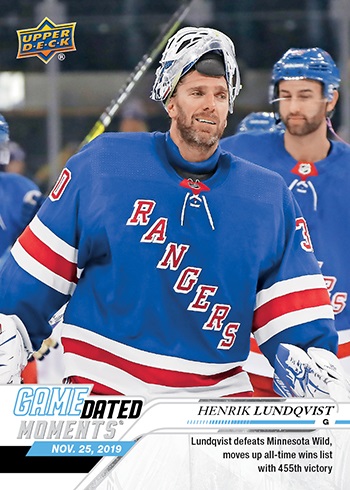 The Minnesota Wild captain played in his 1,000th career NHL game, during which he notched the 700th point of his career and scored the game-deciding goal in a shootout to lead the Wild to a 3–2 victory at home over the Dallas Stars. 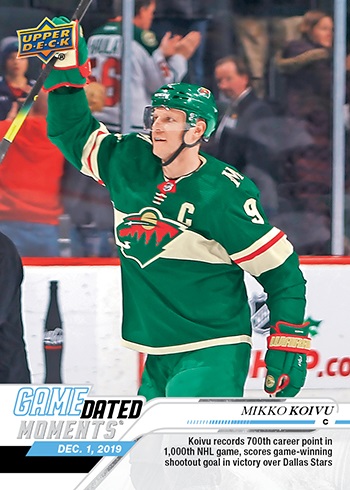 Pastrnak continued his hot start to the 2019-20 season when he found the back of the net for his 25th goal in his 27th game of the year, becoming just the eighth player in the last thirty years to hit the 25-goal mark in 27 or less games. 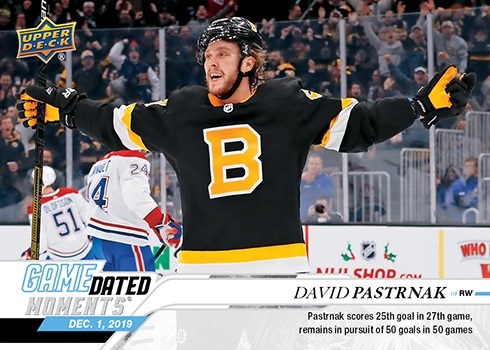 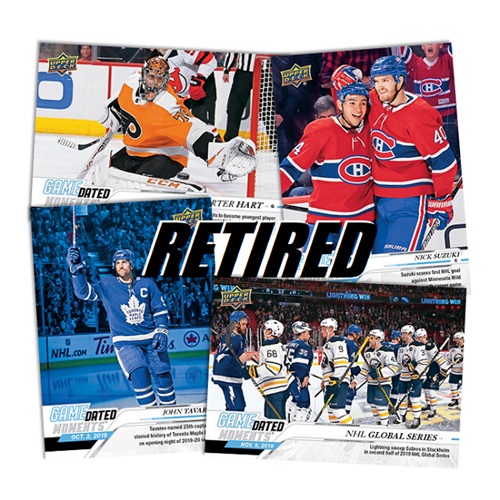