To unlock and purchase these packs, simply add any available hockey trading card product on e-Pack to your cart.* This week’s pack of 2019-20 Game Dated Moments cards will be available for purchase** in the Upper Deck e-Pack® Store until 12/27/2019 at 8:59 am (PST).

20-year old Cayden Primeau recorded his first career NHL win against the Ottawa Senators in a thrilling overtime victory at home for the Montreal Canadiens. Primeau recorded 35 saves on 37 shots on goal in the 3-2 victory.

Joe Thornton became just the 12th player in NHL history to reach the 1,600-game milestone when San Jose faced off against the New York Rangers on December 12th. This game marked the first time two veteran teammates with 1,600 career games played or more played together in the same game, as he and Patrick Marleau were both on the ice for the Sharks. 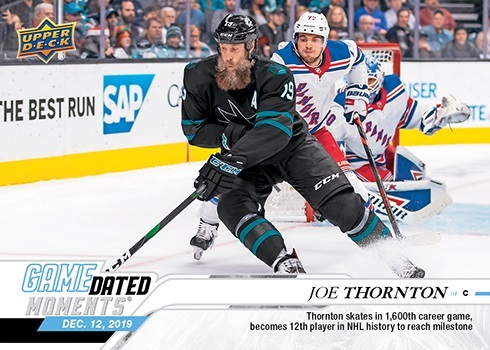 In his 1,208th NHL game, Eric Staal became the 89th player in NHL history to notch 1,000 career points when he scored his 429th career goal with a wicked snipe against the Chicago Blackhawks. 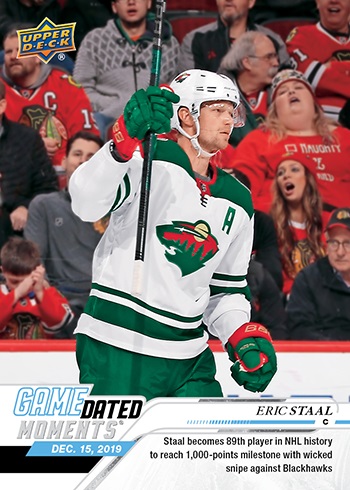 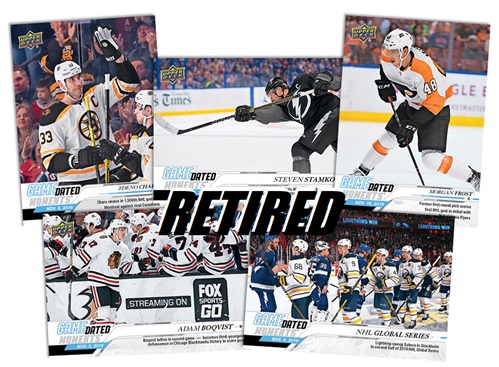