A stealth insert (Easter Egg) across all of Upper Deck’s brands this year were the Diamond Relic cards featuring 30 different subjects limited to just 30 copies. Also included in those products were one-of-one instant winner cards to be included in a 30th Anniversary Live Draft program. We created one-of-one variations of these cards that fans will have the opportunity to select through a live draft.

The Draft selection event took place on Monday, November 4. This will be filmed and shared on Upper Deck’s YouTube and Facebook platforms. From there, participants will have some time to strategize how they will make their Draft decisions. Here is a list of the order for selections:

The 30th Anniversary Diamond Live Draft event will take place on Friday, November 15 at 1:00 p.m. PST. Winners will be called and they will be allowed to select the player of their choice from the available cards. We will work with winners prior to get a list of their preferences in the event they are not available for the call. 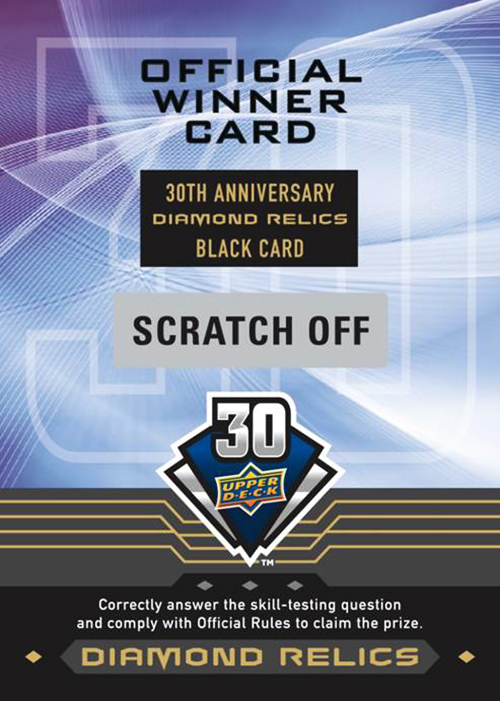 Here is a checklist of the cards available and what products they were inserted in.

Here is a look at the selection show for this event. Submissions 13 and 14 came in after the live draft.