To unlock and purchase these packs, simply add any available hockey trading card product on e-Pack to your cart.* This week’s pack of 2019-20 Game Dated Moments cards will be available for purchase** in the Upper Deck e-Pack® Store until 11/22/2019 at 8:59 am (PST).

Boston Bruins captain Zdeno Chara received a standing ovation from Montreal fans when he skated in his 1,500th career game in his 22nd season playing in the NHL. Chara recorded just under 18 minutes of time on the ice in his 25 shifts on the night.

The 2019 NHL Global Series wrapped up with a two-game showdown featuring the Tampa Bay Lightning and the Buffalo Sabres at the Ericsson Globe Arena in Stockholm. Tampa Bay walked away with two wins in front of more than 26,000 fans over the course of both games behind strong play from Swedish star Victor Hedman and two game-winning goals from Yanni Gourde. 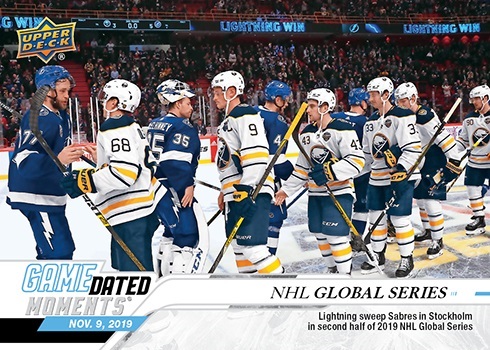 Edmonton Oilers captain Connor McDavid became just the eighth player in NHL history to collect 400 points before their 23rd birthday, as he found the back of the net for three goals against the Anaheim Ducks to notch his fifth career hat trick. 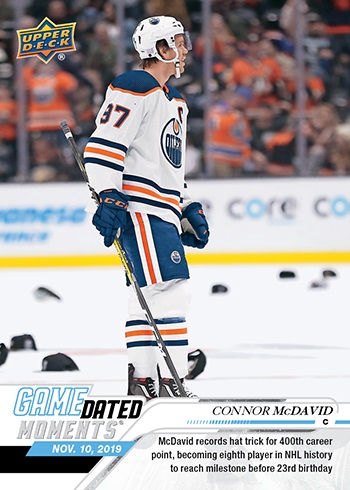 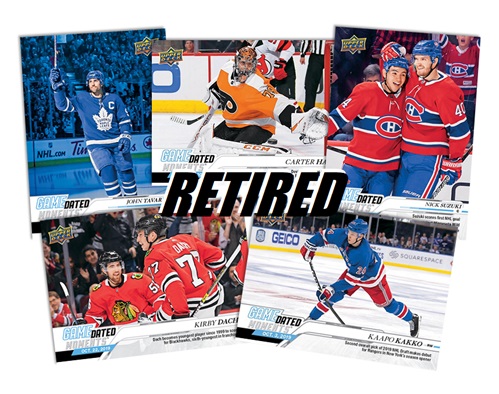