To unlock and purchase these packs, simply add any available hockey trading card product on e-Pack to your cart.* This week’s pack of 2019-20 Game Dated Moments cards will be available for purchase** in the Upper Deck e-Pack® Store until 11/8/2019 at 8:59 am (PST).

Kirby Dach found the back of the net against the Vegas Golden Knights for his first career NHL point, becoming the 6th youngest player to score a goal for the storied Original Six Chicago Blackhawks. 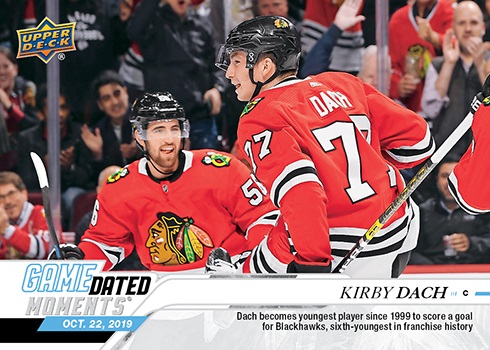 Patrick Marleau became the just the seventh player to skate in 1,500 games with the same franchise, achieving the milestone against the Toronto Maple Leafs, the only team other than the San Jose Sharks that he has ever played for. 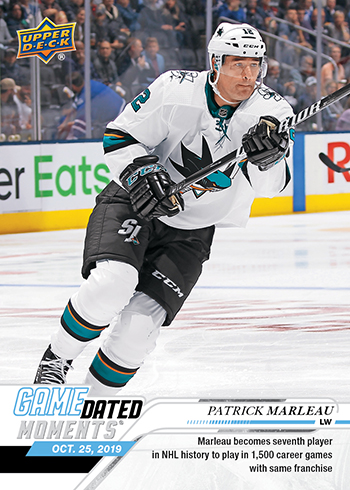 On a snowy day at Mosaic Stadium in Regina, Saskatchewan, Winnipeg came back from a 1-0 deficit to tie Calgary in regulation before Bryan Little notched an OT goal to give the Jets the 2-1 victory over the Flames. 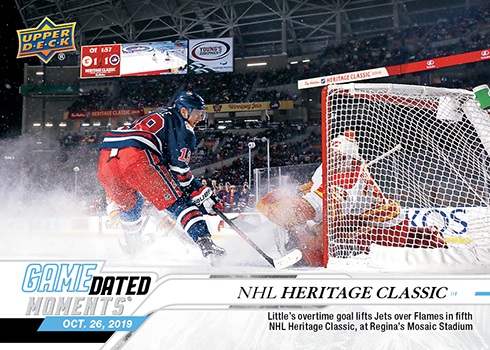 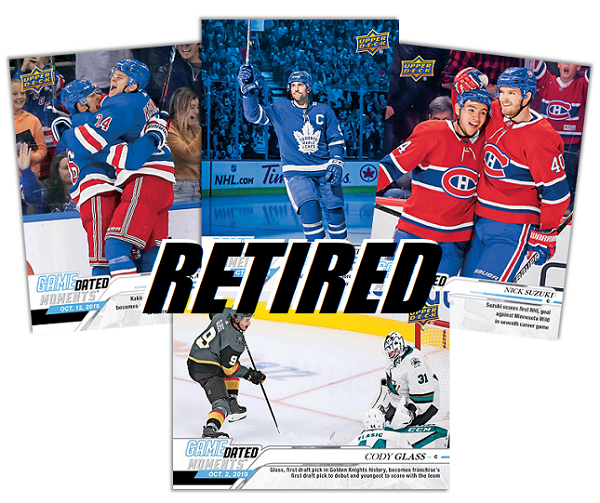