It started on Thursday night with an Upper Deck event at Regina’s best sports collectibles store; Sports World! Around fifty loyal collectors braved the cold to visit with Upper Deck’s Chris Carlin, play some pack wars for some Upper Deck branded schwag and then there was a raffle for some serious prizes including tickets to the 2019 Tim Horton’s NHL Heritage Classic! 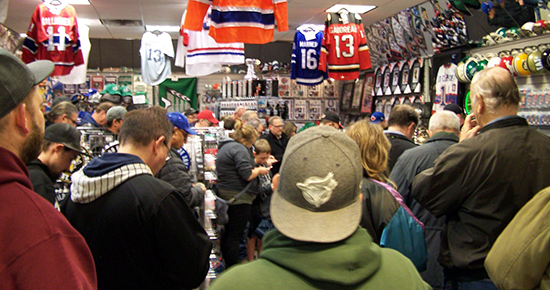 On Saturday, October 26, our good friends at Tim Horton’s hosted an incredible trading event at Mosaic Stadium for collectors both young and old in the Regina area. They brought in mascots from the Calgary Flames and Winnipeg Jets and then there was a surprise visit from the general managers who are some of the best in the business at making trades. Upper Deck was on hand to answer questions, share some goodies and thank fans for their support of the Tim Horton’s trading card program. 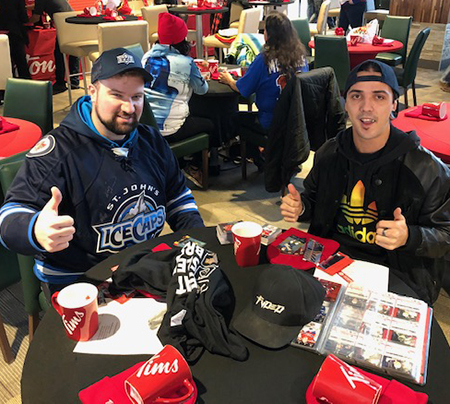 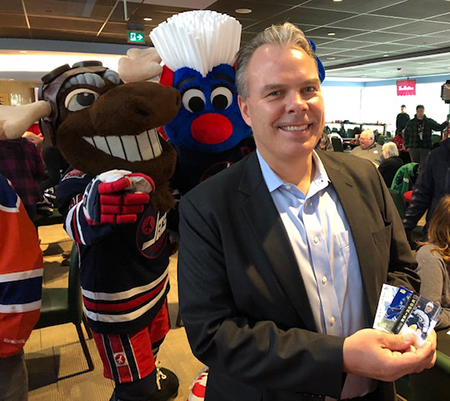 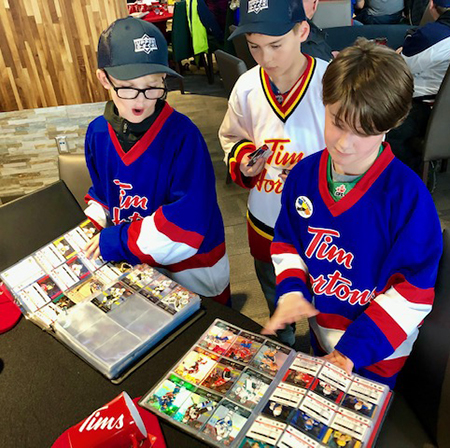 Later that day fans joined Upper Deck at Confederation Park for our personalized trading card activation. Fans came decked out in their best NHL® gear and our staff of professional photographers snapped photos that were printed on site creating a personalized trading card! Upper Deck also had a p-card station set up on the concourse with our partners at Tim Horton’s that operated during the game. It’s an incredible keepsake from what turned out to be a very memorable game! 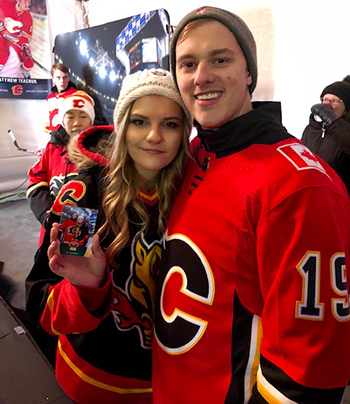 Fans who signed up for Upper Deck e-Pack and purchased a pack were able to score an insert card as well from their favourite Canadian team.

Saturday was for the pros, but Sunday was for the future hockey greats! We were set up again to support the Prairie Classic and fans attending had a great time with Upper Deck’s activations. 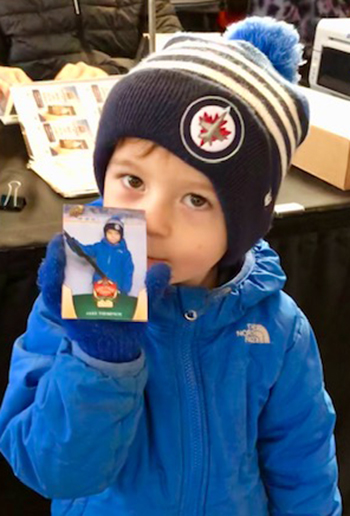 We don’t get to Saskatchewan as often as we’d like to let our fans know just how much we appreciate them so thank you to all our fans who made Upper Deck part of their weekend. Thanks also to our great partners at the NHL® and Tim Horton’s for such a memorable weekend! Watch a little bit of what transpired over the weekend!